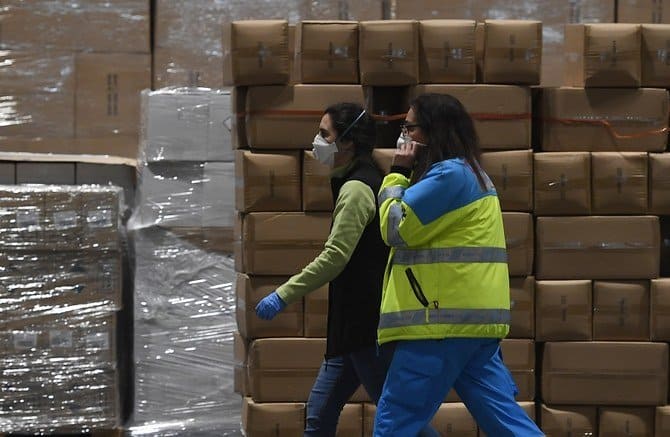 The Turkish government’s slow response to the fatal coronavirus epidemic and its failure to secure necessary medical supplies may have prompted the country to steal a medical aid plane destined for Spain.

The Spanish Foreign Ministry accused Turkish authorities of seizing a plane loaded with respirators that was destined for Madrid. Spanish Foreign Minister Arancha Gonzalez Laya said on April 3 that the Turkish government is holding a shipment of supplies in Ankara, according to El Mundo. Spain claims that the respirators were manufactured in Turkey by a Spanish company, with components purchased from China.

Gonzalez Laya explained that the Turkish government imposed restrictions on exports of medical devices from its territory mainly over concerns about Turkey’s ability to maintain a functioning healthcare system.

This shipment contains 162 respirators, which are valuable and in high demand for treating coronavirus patients in intensive care units, according to Spanish media.

Spain surpassed Italy in its number of confirmed coronavirus infections Authorities announced on April 3 that more than 900 deaths were recorded for the second consecutive day, bringing Spain’s total case count to more than 124,000, including over 11,000 fatalities. Spain is now the second most affected country globally in terms of case numbers after the United States.

Gonzalez Laya has spoken with her Turkish counterpart three times this week in order to resolve the matter, as has Spanish Minister of Health Salvador Illa, but to no avail. The Spanish Government is now considering the supplies as lost.

Erdogan’s government has assured Spain that the materials will arrive within a “matter of weeks,” but the Spanish foreign ministry is skeptical.