The Libyan conflict has been prolonged by an influx of mercenaries. 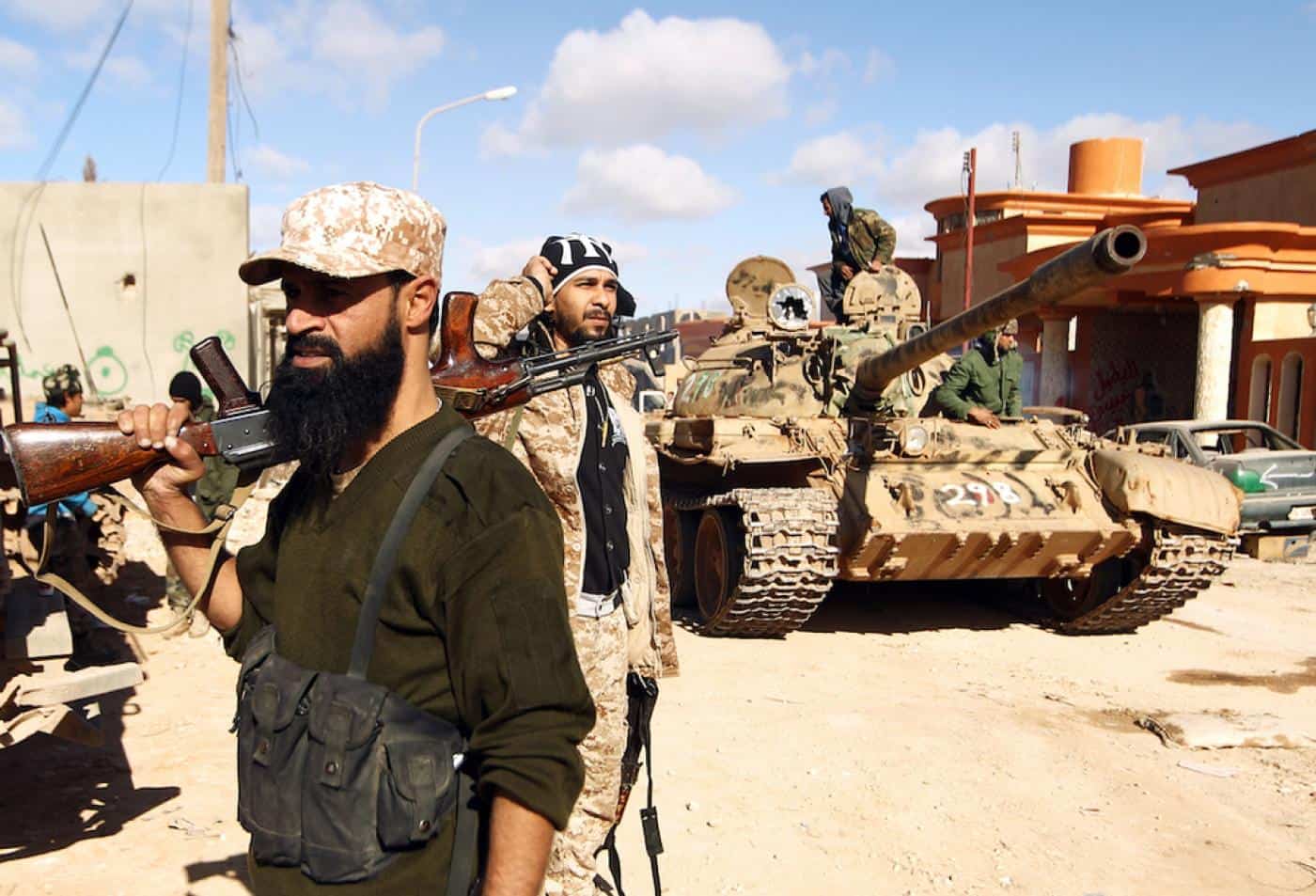 Throughout history, mercenaries have been a common presence on the battlefield. Many European armies still have mentions of Scottish or Irish regiments, while the British, to this day, maintain a brigade of Indian Gurkhas.

But the use of mercenaries in today’s battlefields is much less illustrious. The protracted conflict in Libya provides an example where mercenaries involved in irregular (‘guerilla’) warfare are making a bad situation even worse.

In contrast with the similarly multi-factional conflict in Syria, where locals and international immigrants join militias or already established factions, Libya’s large geographic size, and small population make it the perfect scene for the use of mercenaries.

In the absence of Libyan men willing to fight, the international coalitions behind each faction are deploying mercenaries, which, in turn, prolongs the conflict.

Libya has a long history with the use of mercenaries. Muammar al-Gaddafi infamously assembled a mercenary force recruiting soldiers and entire militias from conflict zones in Sudan and Chad.

In Libya’s current multi-factional chaos, it was the ‘Libyan National Army,’ led by Libyan-American strongman Khalifa Haftar, who first deployed mercenaries. These mercenaries are mainly African and Russian, with many alleging involvement of the Russian paramilitary force ‘The Wagner Group,’ which has links to Russian President Vladimir Putin.

In response to the calamitous military campaign of the UN-backed Government of National Accord, who lost control of most of the country, Turkey has increased its involvement in the conflict.

Ever since, Turkey has deployed infantry and artillery units to Libya, where they are converting parts of Tripoli’s airport into a Turkish military base from which to launch operations.

Yet, it is the mercenaries that Turkey is deploying to the area that is raising eyebrows internationally.

In order to supplement its regular army presence, Turkey has deployed Syrian mercenaries, transported from one conflict to another, to do its ‘dirty work.’ Mercenaries are often used for irregular warfare, such as harassing supply lines and generally have little regard for the international humanitarian law which dictates the laws of war for regular army forces.

Deutsche Welt has reported that these Syrian militiamen are promised monthly wages of $2,000, with Turkish citizenship as a final reward.

According to the Syrian Observatory for Human Rights, at least 4,750 Syrian fighters have reportedly been flown to Libya via Libyan Airlines and private planes, with 1900 more in training in Turkey, to be deployed at a later date.

“After 10 months of fighting… the capital and its suburbs have become a den of mercenaries where arms are flooding in, in broad daylight,” a student from Tripoli told The East African.

With no end to the Libyan conflict in sight, the use of mercenaries has become one of the main factors prolonging the already opaque and brutal civil war.