The country now has the highest number of cases anywhere in the Middle East. 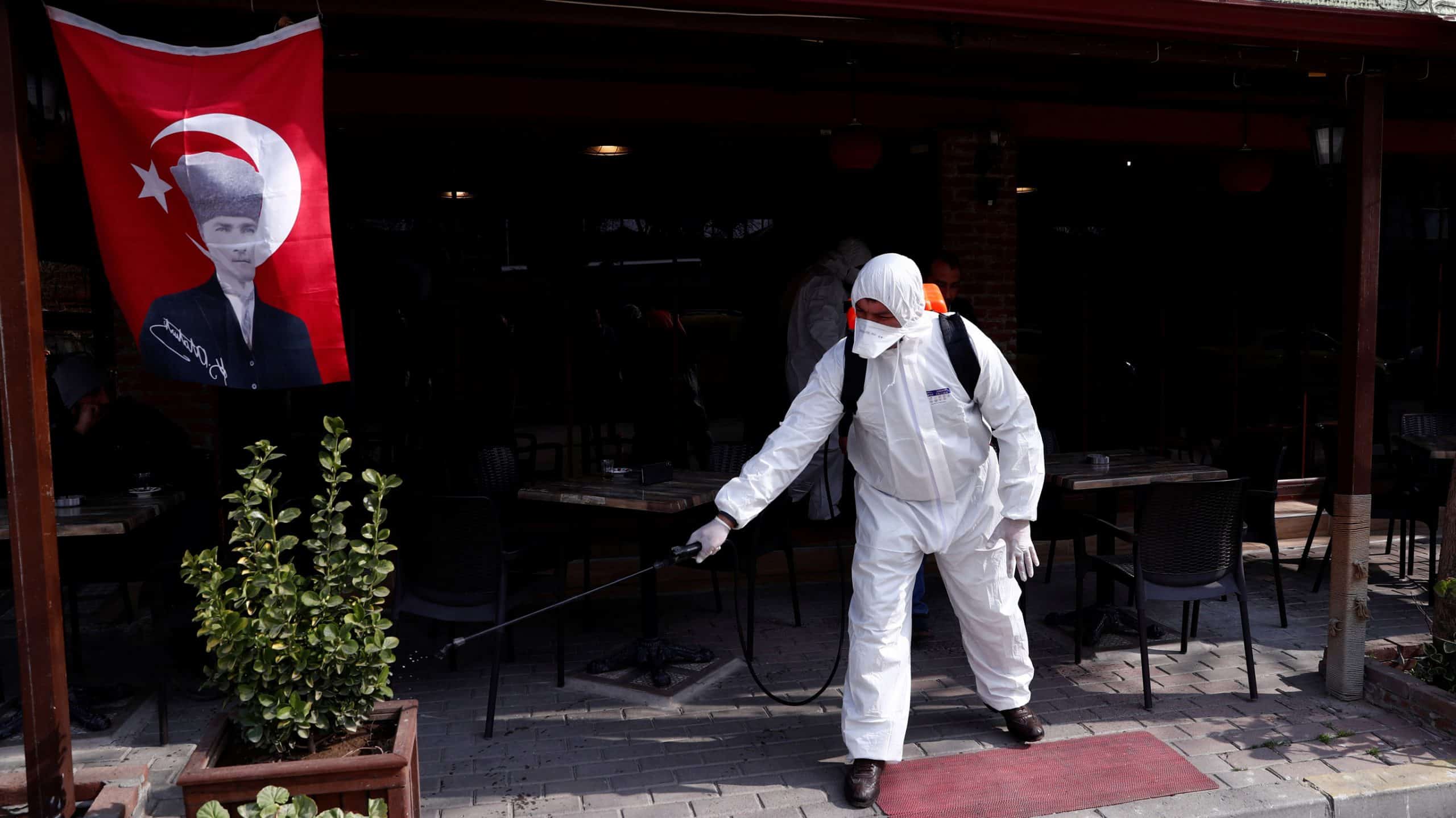 The total number of coronavirus cases in Turkey reached 86,306, making it the most affected country by the pandemic in the Middle East, overtaking Iran for the first time.

Turkish Health Minister Fahrettin Koca reported on Saturday, April 18 that the number of confirmed pandemic cases in the country reached 82,329, adding that his country recorded an increase of 3,783 confirmed cases within 24 hours. The count brought Turkey close to the total number of infections in China, where the disease first appeared.

Koca also pointed out that 121 people died during that period, which raised the total number of deaths in the country to 1,890.

While 1,822 patients in Turkey have recovered, the number of examinations conducted in one day also reached a high of 40,520.

The Ministry of the Interior announced that it had extended travel restrictions between 31 cities for an additional 15 days, from midnight on Saturday.

Turkey is facing an economic crisis. Amid the devaluation of its currency and the decrease of its foreign reserves, a rapid rise in coronavirus cases threatens to flood an already fragile economy. “Turkey is now caught in the middle of a global crisis with low central bank reserves, high inflation, and a wider budget deficit. Not the best combination to fight a recession,” said Selva Demiralp, a professor of economics at Koc University.

The country of 82 million is one of the few in Europe that has not ordered a national lockdown because the Turkish lira is falling and they need to keep the economy going.

Turkey’s financial situation was already weak before COVID-19. Adding to that a public health crisis and a president who prioritizes his reputation above the well-being of his people, Ankara is on the verge of a disaster, reported Foreign Policy magazine.

Turkey’s debt was ranked fourth riskiest in the world in May 2019, after Venezuela, Argentina, and Ukraine. The coronavirus pandemic has led to the devaluation of foreign currencies and decreased earnings, deepening the crisis in all emerging economies, which are now struggling to avoid default on loans.

Following these negative signs, Berat Albayrak, the Turkish Finance Minister and Erdogan’s son-in-law, gave the impression that things are “well”  on March 19.

Central Bank Deputy Governor Oguzhan Ozbas previously expressed similar confidence, saying that “with its dynamic structure, the Turkish economy will be among those that will get over this process with minimum damage and in a short time.” The central bank representative said that the country’s economy expects a growth of 5% during the year.

Despite the reforms that Erdogan introduced to his country’s health care system, it still lags behind other Organization for Economic Cooperation and Development (OECD) countries in terms of the ratio of medical personnel to population.

Recent moves by President Erdogan’s administration have intimidated investors. Turkey recently restricted foreigners’ ability to trade the lira on the foreign exchange market, causing the currency to drop to the lowest level among all emerging markets.

Total foreign currency reserves fell rapidly in recent months to the lowest level since 2009 and Turkey’s foreign exchange reserves, with the exception of gold, reached a low of $77.4 billion at the end of February, according to the International Monetary Fund. In contrast, the country’s budgetary needs for 2020 are estimated at $170 billion.