The 28-year-old activist had been on a “death fast” in solidarity with members of Grup Yorum. 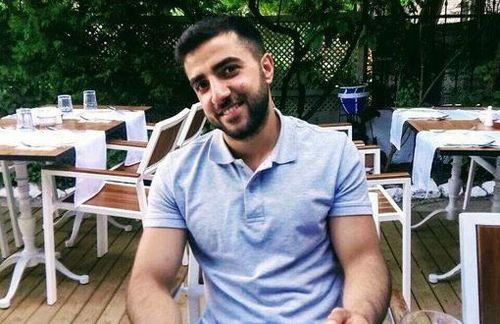 Left-wing Turkish activist Mustafa Kocak died in prison today, April 24, after a 297-day hunger strike in protest of his treatment by the Turkish justice system.

“I have a lot of pain, I cannot turn in my bed, I am really unwell,” Kocak told the Grup Yorum Solidarity Committee hours before his death.

Soon after the activist’s death, his name began trending on Twitter with many expressing their anger at Turkish authorities, sorrow for his passing, and condolences to his family.

“All he wanted was a fair trial, they did not give him this chance. He became the latest victim of an unjust judgment,” the pro-Kurdish People’s Democratic Party (HDP) parliamentarian Omer Faruk Gergerlioglu tweeted.

“Dismayed to learn of Mustafa Kocak’s death, after 297 days of death fast claiming for a fair trial. Second inmate to die of hunger strike in a month after Helin Bolek from Grup Yorum. Others, as Ibrahim Gokcek, are on the brink of death. State is responsible of all under its custody,” Spanish socialist European Union parliamentarian Nacho Sanchez Amor said on Twitter in response to the news.

“I am willing to suffer all the pain so that no one will suffer injustice again.” – Mustafa Koçak pic.twitter.com/hVJejDFt3h

After an April 20 visit, his sister Mine Kocak reported her brother’s weight had dropped to just 29 kilograms and declared, “I don’t want him to be taken out of here in a coffin, I don’t want my elder brother to die.”

Kocak, Bolek, and Gokcek started their “death fasts” in protest of the Grup Yorum’s prohibition from performing in 2016, and to demand a fair trial from Turkey’s notoriously political justice system. The young man’s death marks another dark day for justice and human rights in Turkey, which have been eroded under Recip Tayyip Erdogan’s presidency.

In a letter given to his lawyers before his death, Kocak said his life changed when he was detained by Turkish police on September 23, 2017. Kocak alleged that police gave him the option of signing a false statement, threatening that he would never “see the light of day again” if he refused to sign.

After refusing to sign the document, Kocak said he was “subjected to psychological and physical torture.” The young man was eventually charged for firearms trafficking and sentenced to life in prison for attempting to overthrow the constitutional order, on the back of flimsy evidence and a confession allegedly obtained by torture.

On March 17, Kocak’s attorney Ezgi Cakir reported that he had finally been able to see his client who had, in turn, told him he had just been subjected to five days of force-feeding. In response to the medical intervention conducted against his will, Cakir said at the time, “Mustafa has a message for you, he continues to resist.”

Force-feeding and medical intervention against mentally competent hunger strikers is considered unethical and unacceptable under the World Medical Association’s Declaration of Malta on Hunger Strikers.

“We lost Mustafa but death fasts still continue today; attorneys Ebru Timtik and Aytac Unsal have been on a death fast for 113 and 82 days, Grup Yorum [music band] member Ibrahim Gokcek for 312 days, Didem Akman and Ozgur Karakaya on 62 days. Days are moving terribly fast, the resisting ones are running out of time,” Attorney Aysegul Cagatay told “Bianet” today.

Kocak’s resistance is now over, but Ibrahim Gokcek and a number of lawyers are continuing their hunger strikes in a quest for justice, which is unlikely to be forthcoming as long as Erdogan remains in power.