Amid Calls for Global Truce, Conflicts Displace 661,000 During Pandemic 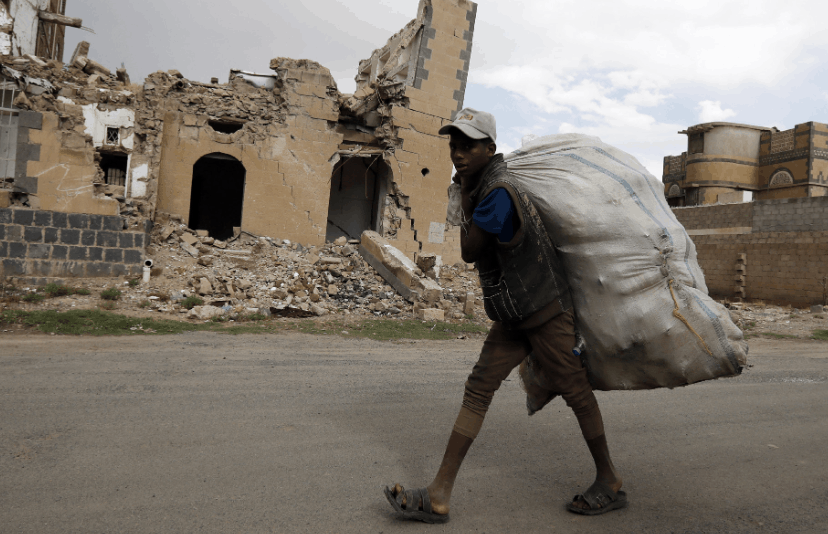 On May 22, the Norwegian Refugee Council (NRC) released shocking new figures revealing the extent of persisting armed conflicts, even as the world faces a shared global threat. Despite calls from UN Secretary-General Antonio Guterres for a “global cease-fire,” in less than three weeks, 661,000 people have been forced to abandon their homes and livelihoods in order to escape violence.

The Norwegian NGO released its report titled “Crossfire and Covid-19: Double crisis for displaced civilians” to highlight how conflict and the global pandemic are intertwined. Conflict zones provide an opportunity for the coronavirus to spread unabated, with crumbling health facilities unable to treat its symptoms.

Central Africa and the lake Chad region saw the largest increase in “internally displaced people.” Four out of seven case-studies provided by the NRC are in the greater Middle-East and North-Africa area, where war rages on in several countries. Afghanistan, Libya, Syria and Yemen all have seen civilians forced out of their homes by “men with guns” as Jan Egeland, NRC’s secretary-general described it.

Even in places where cease-fires have been agreed, violence continues. Airstrikes in Yemen persisted even after a Saudi unilateral ceasefire had been announced. “My cousin tried to flee the farm with his family, but an airstrike hit them. Three were killed, including a baby,” a Yemeni man told the NRC.

Countries with cease-fires in place still saw thousands dislodged from their homes. In Syria, 14,000 were forced to flee, even as Russia and Turkey appear to uphold their ceasefire agreement. In Afghanistan, 22,000 civilians faced the threat of COVID-19 as they had to abandon the one place where they could have isolated themselves. In Yemen, 24,000 fled airstrikes and military operations, and Libya saw 6,800 ‘new’ internally displaced people as combatants refused to lay down arms.

“While people are being displaced and killed, powerful members of the UN Security Council squabble like children in a sandbox,” Jan Egeland said on the NRC website. “World leaders must rise to the occasion and jointly push parties to cease their fire and unite in protecting all communities from Covid-19. Now is not the time for kindergarten politics.”

The rise in internally displaced people comes after a year when a record 50 million people were forced to flee their homes. In 2019 the number soared by 25% over previous years, an increase of nearly 10 million people according to the Internal Displacement Monitoring Centre. The UN has called ‘internal displacement’ the “biggest human rights challenge” as little hope exists of a solution appearing anytime soon.

“If we continue with this enormous injustice, the pandemic will have strongholds in the (global) south, for example, among migrants and displaced people who are infected now as the virus spreads from north to south,” Jan Egeland said.