After the Taliban withdrew from peace talks, Afghanistan witnessed a week of bombings and dead national army soldiers as COVID-19 cases surpassed 900. 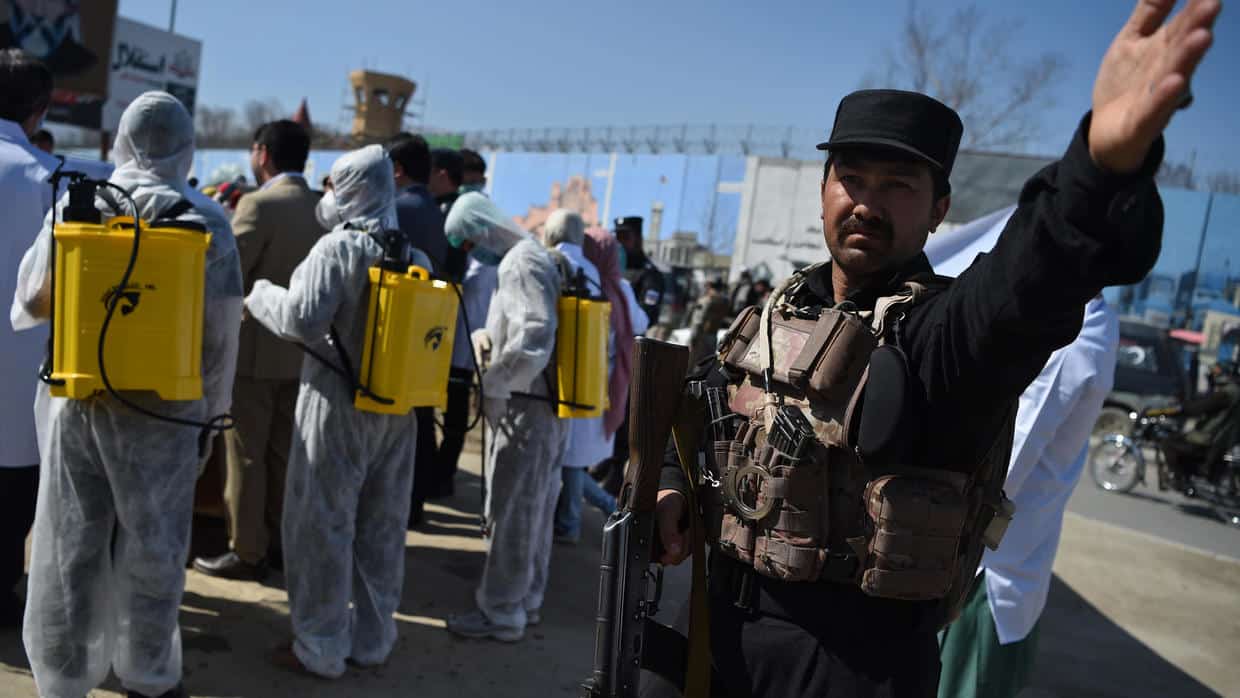 On Wednesday, April 15, President of Afghanistan Muhammad Ashraf Ghani called on the Taliban to accept a ceasefire as the country faces a perfect storm of growing crises in its security, health, and economy. The statement had little effect and violence continued to rock Afghanistan on Thursday and Friday.

Ghani said “The UN Secretary-General, and in particular, some countries in the region, have called on all parties to the conflict to cease-fire in order to provide humanitarian assistance to those affected by the crisis.” The president directly addressed the Taliban, saying “I call on the Taliban to respond positively to this legitimate call by the UN, the countries of the region, the people of Afghanistan and the government to end the war and cease-fire.”

Moments after Ghani’s request for a ceasefire, a firefight broke out in Baghlan Province, north of Kabul. Unknown gunmen exchanged fire, claiming the lives of five innocent civilians. The same day, nine soldiers of the Afghan National Army lost their lives in Logar Province to the capital’s south. The soldiers were manning a checkpoint when they were attacked by dozens of Taliban soldiers.

While on Thursday Afghani health officials reported 56 more COVID-19 cases, twelve people died in separate incidents of violence, including one police officer. Later in the day, two women joined the list of daily casualties after a mortar hit a family home, injuring an additional three others.

Friday provided anything but a reprieve from the violence and virus-related bad news. Sixty-six more Afghans were reported as having contracted the virus, bringing the country’s total above 900. As the sad news circulated, a roadside bomb killed a taxi driver in the country’s Southeast. The ancient city of Lashkar Gah, the capital of Helmand Province, saw a police chief and his bodyguard assassinated along with an innocent bystander.

The Afghan government has its hands full. The country has little control over violence within its borders and its healthcare systems are wholly unprepared for the COVID-19 pandemic, which spread to the country from neighboring Iran. With its budgets slashed by $1 billion last week, the government is hard-pressed to stop even one of their three crises.

The health, economic, and security crises in Afghanistan go hand-in-hand to make the situation in the country even more hopeless. Economic struggles mean less resources for healthcare. As a result, poor handling of the COVID-19 crisis could severely damage the government’s mandate in the eyes of its citizens. The lack of security results in violence that in turn weakens the economy and the cycle continues.