Houthi and Saudi forces are maintaining a tenuous truce while southern separatists declare independence in Aden. 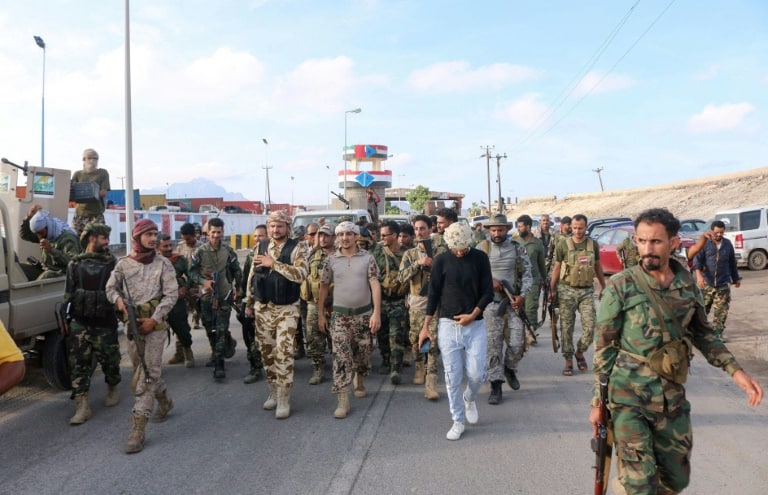 On Sunday, April 26, the Southern Transitional Council (STC) declared autonomous rule over Aden and eight Southern provinces. The move breaks a November peace agreement between the STC and the Yemeni government, amid a tenuous truce between Houthi combatants and the Saudi-led coalition that supports Yemen’s embattled national government.

Yemen’s Foreign Minister Mohammed Al-Hadhrami said “the announcement by the so-called transitional council of its intention to establish a southern administration is a resumption of its armed insurgency… and an announcement of its rejection and complete withdrawal from the Riyadh agreement,” referring to the November peace agreement.

The announcement comes at an unfortunate time, as Yemenis looked forward to a temporary break in violence just as the Islamic holy month of Ramadan commenced. Heeding the call of UN Secretary-General Antonio Guterres, Houthi and Saudi negotiators had settled on a ceasefire that was extended prior to its expiry this weekend.

The ceasefire was intended to bring a temporary reprieve in the five-year-old conflict in order to allow entry of medical equipment and COVID-19 testing kits. After Yemen’s first coronavirus case was reported on April 9, aid agencies, the UN, and the World Health Organization (WHO) have stressed the importance of containing the virus as Yemen’s healthcare system would not be able to handle a major outbreak.

Conflicting interests in a proxy war

The April 26 declaration of autonomous rule in Yemen’s south will increase tensions between Saudi Arabia and the United Arab Emirates. The two nations were close allies at the start of the conflict but frustration over progress made has led to a fracturing of the alliance. The UAE chose to support the STC as it lamented ineffective action by the Saudi-supported National Government of Yemen.

Yemen’s Foreign Minister, Mohammed Al-Hadhrami, on April 26 called for the Saudi-led coalition to take “decisive measures against the continuing rebellion of the so-called Transitional Council” and declared that the governors of most provinces included in the STC’s area of control do not recognize the STC’s authority.

A history of Yemeni division

The STC declaration includes vast swaths of Yemen’s south, including Shabwa, Mahrah, and the island of Socotra located off the coast of Somalia, where the Gulf of Aden meets the Indian ocean. Controlling the region would mean control of much of Yemen’s trade as well as including Yemen’s second-largest city Aden.

Yemen has a history of deep divisions between its north and south. The south became independent following the dissolution of the British Empire, while northern Yemen had been an independent kingdom following the collapse of the Ottoman empire in 1918. Northern Yemen became the Yemen Arab Republic after its monarchy was overthrown while Yemen’s south became the Marxist People’s Republic of Southern Yemen. The two countries saw unification in 1990 but tensions remained.

The current developments in southern Yemen mean a worrying escalation of the conflict in the country. “Now, more than ever, all political actors must cooperate in good faith, refrain from taking escalatory actions, and put the interests of Yemenis first,” said UN Special Envoy Martin Griffiths on April 27.

While Yemen’s future is hanging in the balance, the STC’s move endangers any prospect of a conclusion to the conflict and threatens to hamper anti-COVID-19 measures.

The conflict in Yemen is often painted as an example of a Shia-Sunni proxy war being fought between Iran and Saudi Arabia, but the STC declaration will have highlighted the factional nature of the conflict’s splintered alliances. Not only does the southern declaration endanger the Yemeni conflict, it could easily create new tensions between Gulf neighbors Saudi Arabia and the UAE.