Al-Ruwaishan’s kidnapping comes amid repeated international calls for the release of detainees in Houthi prisons to avoid the spread of COVID-19. 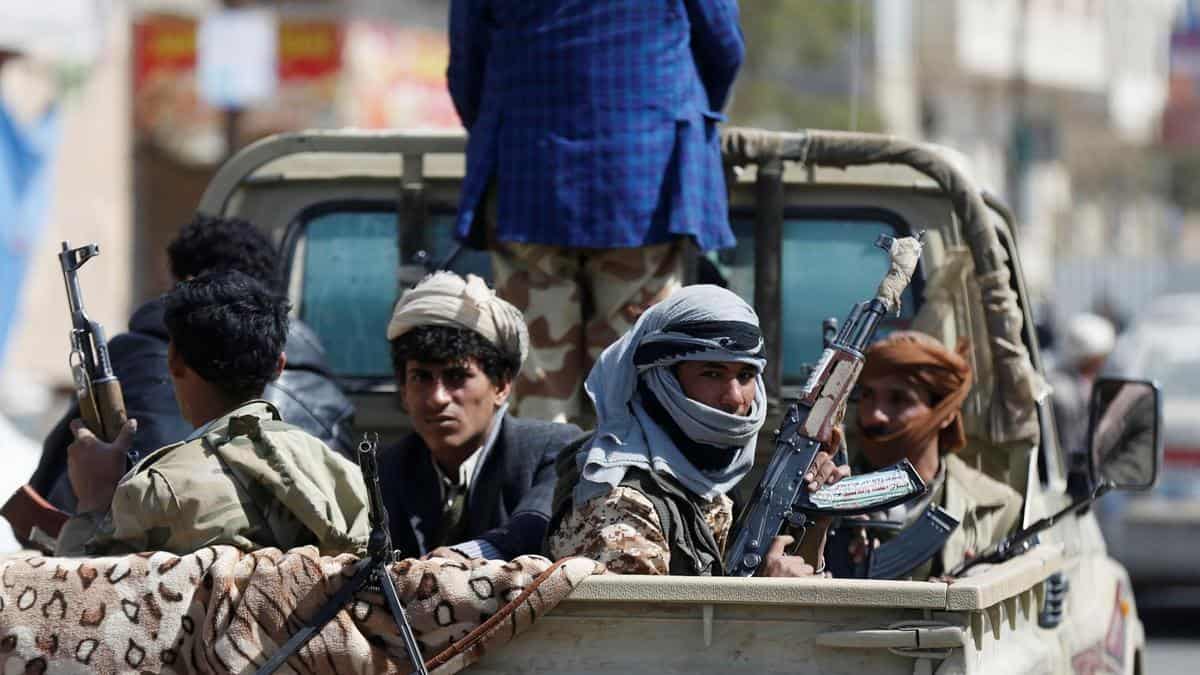 Houthi militias continue to hunt Yemeni activists and actors against their policies in their areas of control, arresting today former Yemeni Minister of Culture Khaled al-Ruwaishan in front of his house in the capital, Sanaa.

“The Houthis arrested my father half an hour ago,” al-Ruwaishan’s son wrote on Facebook without providing further details.

The former minister of culture is known for his critical writings on Houthi policies since the outbreak of Yemen’s civil war in March 2015.

“The arrest of the great writer al-Ruwaishan, who enjoys great popular and cultural respect, in front of his home assures the world the nature of the Houthis militias against every voice opposing them,” said Yemeni human rights activist Tawfiq Al-Hamidi to Anadolu Agency.

“The Houthis chose this timing to arrest him, to draw attention away of the death penalty for the four journalists that caused embarrassment for the group, and they formed pressure by international organizations, international institutions, and major countries,” Al-Hamidi added.

Al-Hamidi called upon the Houthis to immediately reveal al-Ruwaishan’s whereabouts in order to hold the group fully responsible for the former minister’s health and physical safety.

The Houthi militia has captured and detained tens of thousands of Yemenis since initiating its coup on August 18, 2014.

The arrest of al-Ruwaishan comes after the Houthis sentenced four journalists, who have been imprisoned since June 2015 with six other journalists, to death on April 11. The rebel court found the journalists guilty of spying and collaborating with the Saudi-led coalition.

Al-Ruwaishan’s kidnapping also comes amid repeated international calls for the release of detainees in Houthi prisons to avoid the spread of COVID-19.

On February 16, the Yemeni government called for a comprehensive exchange of prisoners with the Houthi militia as part of an Amman, Jordan peace talk agreement and in anticipation of the spread of COVID-19.

Concluding a 7-day meeting in #Amman, the parties agreed on details to complete the 1st exchange of prisoners-a step towards fulfilling their commitment to the phased release of all detainees related to the conflict in #Yemen as per the #StockholmAgreement:https://t.co/3csEU8G0vu

Concluding a 7-day meeting in #Amman, the parties agreed on details to complete the 1st exchange of prisoners-a step towards fulfilling their commitment to the phased release of all detainees related to the conflict in #Yemen as per the #StockholmAgreement:https://t.co/3csEU8G0vu

Saudi Arabia declared a two-week ceasefire in Yemen on April 9. The Saudi Press Agency (SPA) said the move came at the invitation of UN Secretary-General Antonio Guterres to stop hostilities in the country in order to confront the spread of COVID-19.

The following day, Yemen recorded its first case of the virus. Testing facilities for COVID-19 are almost non-existent, with more than half of the country’s hospitals destroyed or closed. The true treat of the virus unknown, but the World Health Organization (WHO) said in March that COVID-19 could infect up to 93% of Yemen’s population.

Despite the ceasefire, fighting still ongoing between the Houthis and forces loyal to the exiled government. The Saudi-led coalition accused the Houthis on April 14 of breaching the unilateral truce 241 times in 48 hours, and the UN Security Council later called on the Houthis militias to seriously engage in the peace process.

The Yemeni government continues to accuse the Houthi militia of obstructing the humanitarian initiative and disrupting UN agreements despite the COVID-19 pandemic and the exceptional conditions it has created.