Yemen's Saudi-backed government says the Houthi rebels are not declaring COVID-19 cases and called for more international assistance to fight the disease. 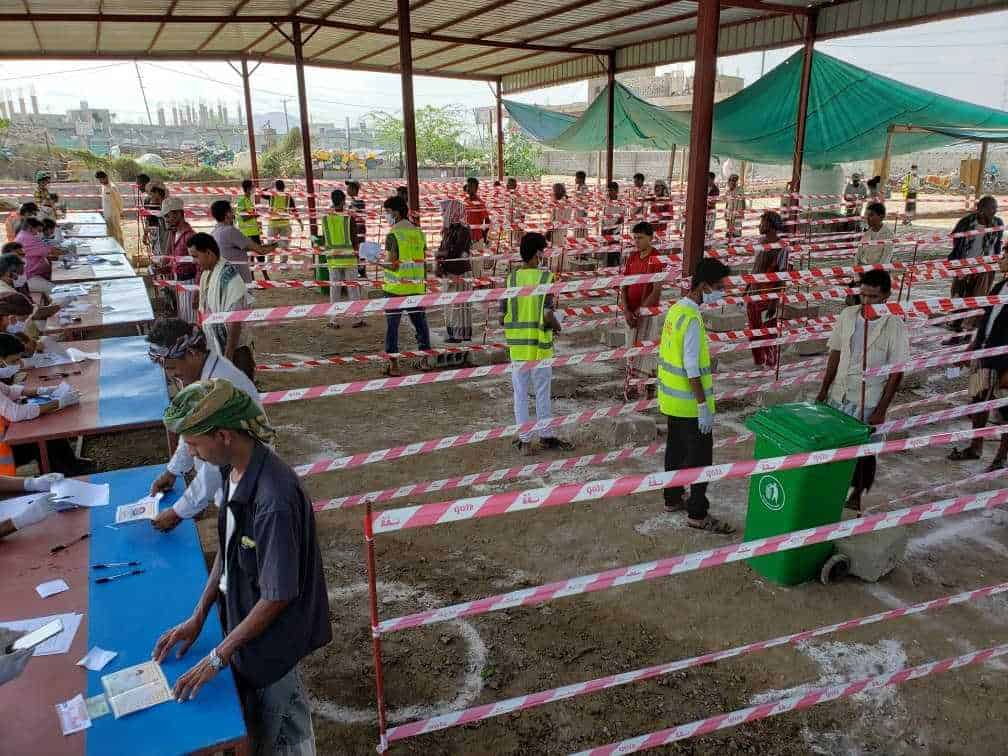 The extent of the COVID-19 crisis in war-torn Yemen is allegedly being underreported by Yemen’s parallel governments and the virus is now spreading undetected through the community there, according to the World Health Organization (WHO).

The Aden-based internationally recognized government called for more international support yesterday amid new warnings from the UN’s Food and Agriculture Organization (FAO) that a “catastrophic” food crisis is brewing in the already distressed nation.

The Iran-supported Houthi rebels who control some of Yemen’s most populous areas have reported just four cases of COVID-19 and one fatality to date, all located in the militia’s capital Sanaa.

Yemen’s Minister of Local Administration Abdul Raqib Fath said the rebels are covering up COVID-19 clusters and called on WHO to pressure them into more accurately reporting cases.

“Reports on the ground indicate a large number of coronavirus cases in areas under the Houthis’ control and hiding this information is completely unacceptable,” Fath said in a press conference.

Fath’s government has reported 128 confirmed cases of COVID-19 and 20 deaths from the virus. On May 14, WHO reiterated that it is not responsible for virus reporting and that it “provides technical, evidence-based guidance and advises the countries it supports,” like Yemen.

Reuters reports that sources on both sides of the conflict widely believe the disease is being underreported, in part due to a lack of testing facilities.

WHO says it is “operating on the assumption that community transmission is already taking place across Yemen,” and has moved to rapidly increase testing capacity. The Saudi-backed government has nevertheless called again for the international community to provide more personal protective equipment and testing supplies.

Entering into its sixth year of conflict, the UN reports that Yemen remains the world’s worst humanitarian crisis with up to 80% of the population in need of protection or assistance.  Despite the UN-led effort to scale up the country’s capacity to tackle the coronavirus threat, Yemen’s “devastated” health system, which is already grappling with cholera and diphtheria outbreaks, remains woefully underprepared to deal with an additional pandemic.

Healthcare workers are scared but doing their best to prepare for the onslaught of COVID-19, according to WHO’s Saada hub manager Dr. Mohammed Al Naggar.

“We have heard about the virus—it is all over the news, you can’t help but be fearful. Here in Yemen, the resources are few, especially in Saada, an active frontline,” Naggar said.

If COVID-19 takes hold among the country’s IDP, the mortality rates would be very high, Manager of the Yemen Displacement Response Consortium Winnie Mbusya reports.

“This would translate into an unprecedented number of patients requiring intensive care over a very short period of time, which they will not receive,” Mbusaya told the United Nations Office for the Coordination of Humanitarian Affairs (OCHA).

Millions are reliant on food aid and experiencing malnutrition to varying degrees, further increasing their vulnerability to disease outbreaks such as the novel coronavirus. Over the weekend, senior FAO regional official Abdessalam Ould Ahmed told Reuters that a coronavirus pandemic could plunge even more people into hunger.

“That situation could be really catastrophic if all the elements of worst-case scenarios come to be but let’s hope not and the UN are working on avoiding that,” Ahmed said on Monday.

The UN’s World Food Programme and other donors like the US have cut aid delivery to Houthi-held parts of Yemen over concerns the assistance is not reaching those in need and rebels are misappropriating supplies. The rebels have reportedly interfered with UN efforts to ensure aid flows to needy citizens, not just combatants and their supporters, for months.