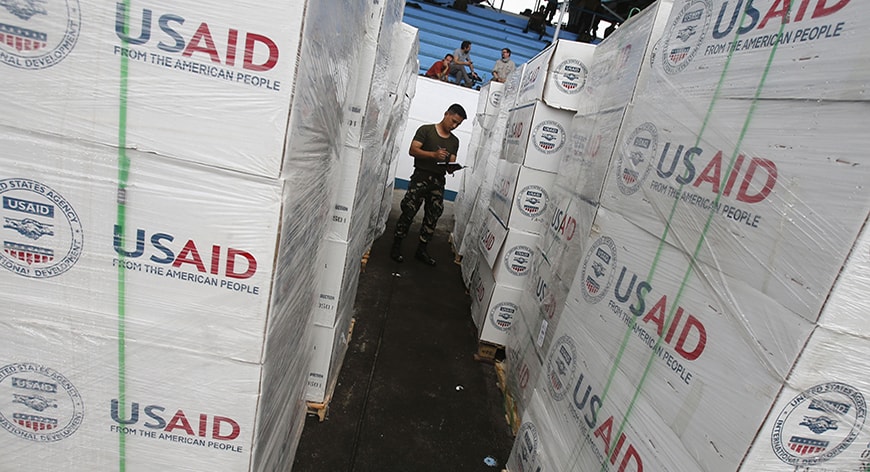 Despite curfews and lockdowns, the novel coronavirus pandemic continues its spread across the Middle East and North Africa. COVID-19 threatens the entire region’s public health apparatus, and countries like Libya, Syria, and Yemen are woefully unprepared for the outbreak after years of conflict.

US Secretary of State Mike Pompeo announced the US would mobilize $274 million in emergency health and humanitarian funding in response to the precarious position of the world’s poorest and war-torn countries as they prepare to face COVID-19.

“Today’s $274 million will provide resources to 64 of the world’s most at-risk countries to better combat the pandemic and enable the UN High Commissioner for Refugees (UNHCR) to assist some of the world’s most vulnerable populations,” said Pompeo in a press statement.

“Importantly, our response adds $64 million in humanitarian assistance for the UN High Commissioner for Refugees to assist its pandemic response efforts for some of the world’s most vulnerable populations,” he added.

It is unclear how much of that funding will find its way to Yemen after an anonymous USAID spokesman said it will “partially suspend” operations in areas of the country held by Houthi rebels.

“The US government has made the difficult decision to reduce aid until we can be confident that US taxpayer assistance will reach those for whom it’s intended,” the official told the Associated Press.

Approximately 70% of Yemenis live in rebel-held parts of the country, which finds itself in a dire humanitarian crisis after five years of conflict. Houthi rebels have reportedly interfered with UN efforts to ensure aid flows to needy citizens, not just combatants and their supporters, for months.

The novel coronavirus may prove to bring about some positive developments in the Yemen conflict. The Saudi Arabia-led coalition and Iran-backed Houthi Rebels agreed on March 26 to put down their weapons and join the collective fight against COVID-19.

How long the truce will hold, and how much longer it will be before Yemen reports its first case of COVID19, remains to be seen.

Earlier in the week UN Secretary General Antonio Guterres called for a global ceasefire and for an end to fighting in Yemen in the wake of a potential COVID-19 outbreak.

“More than five years of conflict have devastated the lives of tens of millions of Yemenis,” Guterres said on March 25. “It is time to put armed conflict on lockdown and focus together on the true fight of our lives,” the secretary general implored.