Amid geopolitical games, working-class Saudis are asked to sacrifice to make up for the state deficit. 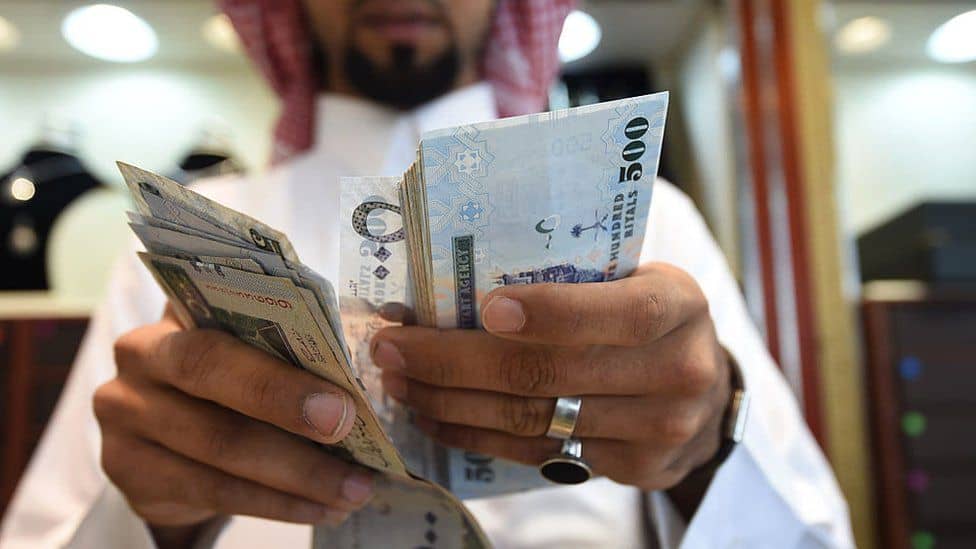 The government of Saudi Arabia announced today it will implement new “painful” measures as the Kingdom attempts to mitigate its economic woes. The kingdom will increase its value-added tax from 5% to 15% starting on July 1, meaning prices on all products in the country will rise as consumers will pay more taxes on daily consumption.

The tax increase comes with a cut in the 1,000 riyals (roughly $265) per month allowance for state employees intended to assist with living costs.

In a statement, Saudi Finance Minister Mohammed al-Jadaan said, “These measures are painful but necessary to maintain financial and economic stability over [the] medium to long term … and overcome the unprecedented coronavirus crisis with the least damage possible.”

The announced changes will likely be unpopular but provide an indication of the difficult position Saudi Arabia is in. With oil prices at unprecedented lows and supply overflowing, the Saudis face a significant gap in their national budget.

In December 2019, the Saudi government had proposed a $272 billion national budget, with a predicted deficit of 6.4%. The country was preparing to spend roughly a trillion riyals while expecting revenues of 833 billion riyals.

However, the government presented the predicted deficit and the ambitious national budget just as oil prices were starting their downward slide. As news of the COVID-19 virus spread and countries started implementing lockdowns and curfews, the demand for oil plummeted even as Saudi and Russian negotiators failed to agree on a production cut that could have helped mitigate the collapse of prices.

The country now faces a large deficit and shrinking foreign cash reserves as the country is expecting its largest fall in growth since the turn of the millennium. Facing a 3.2% contraction in the Saudi economy, ratings agency Moody’s downgraded the country’s sovereign outlook from “stable” to “negative” on May 4 because of “the uncertainty regarding the degree to which the government will be able to offset its oil revenue losses and stabilize its debt burden and assets in the medium term.”

Saudi Arabia is suffering from low oil prices, but is certainly not a powerless victim in the matter. The failure of Saudi-Russo negotiations in an effort to establish a production cut appears to have not been an accident. Both Russia and Saudi Arabia can produce oil at a relatively low cost and both countries appear to have made a calculated gamble in order to gain market share in the long term.

The current collapse in oil prices is felt the worst in the United States, where smaller-scale shale gas companies produce some of the highest-cost oil. By forcing oil prices down, Riyadh and Moscow appear to have attempted to eliminate its debt-ridden competition in the US. The collapse of the US shale gas industry would mean Russia and Saudi Arabia will have increased their relative market share after the fallout of the pandemic eases.

The ploy appears to be working. American shale gas is in deep trouble as the cost of producing a barrel of oil now costs significantly more than what it sells for. Because shale gas companies usually take on large amounts of debt to finance the purchase of oil fields and finance start-up costs, the industry is feeling the pain. Many US companies are facing bankruptcies as oil wells could be shuttered indefinitely.

As small-scale US oil producers are starting to shut-in their wells, the Saudi gamble appears to be working. But as Saudi competitors start to crumble, its own proposed measure could cause a backlash in the country. By addressing deficits through value-added taxes and cutting benefits to state-employees, the Saudis appear to be shifting the burden onto their own middle class and the poor.

Value-added taxes disproportionately affect the poor, as more of their income goes directly to the purchase of goods. While VAT in the kingdom was significantly lower than in most countries, a 10% increase in prices could be problematic for the country’s least fortunate.

In a country that does not have any personal income taxes, the increase in VAT clearly indicates the burden of the deficit will have to come from the pockets of the country’s working classes. A small income tax on top earners would undoubtedly increase tax revenue much more, revealing that a choice was made to target a less fortunate but less powerful section of society instead.

London-based Arabic newspaper Asharq Al-Awsat obtained a document revealing that Saudi labor laws will be loosened, allowing private companies to cut wages by 40% and making it easier to fire staff. Outside of the private sector, state employees will now have to survive without the monthly allowance of 1,000 riyals (roughly 10% of an average salary) while they will see a rise in the prices on all consumer goods because of the tripling of value-added taxes.