An Iranian missile fired from one of Iran’s most advanced frigates accidentally hit a support ship in the Gulf of Oman. 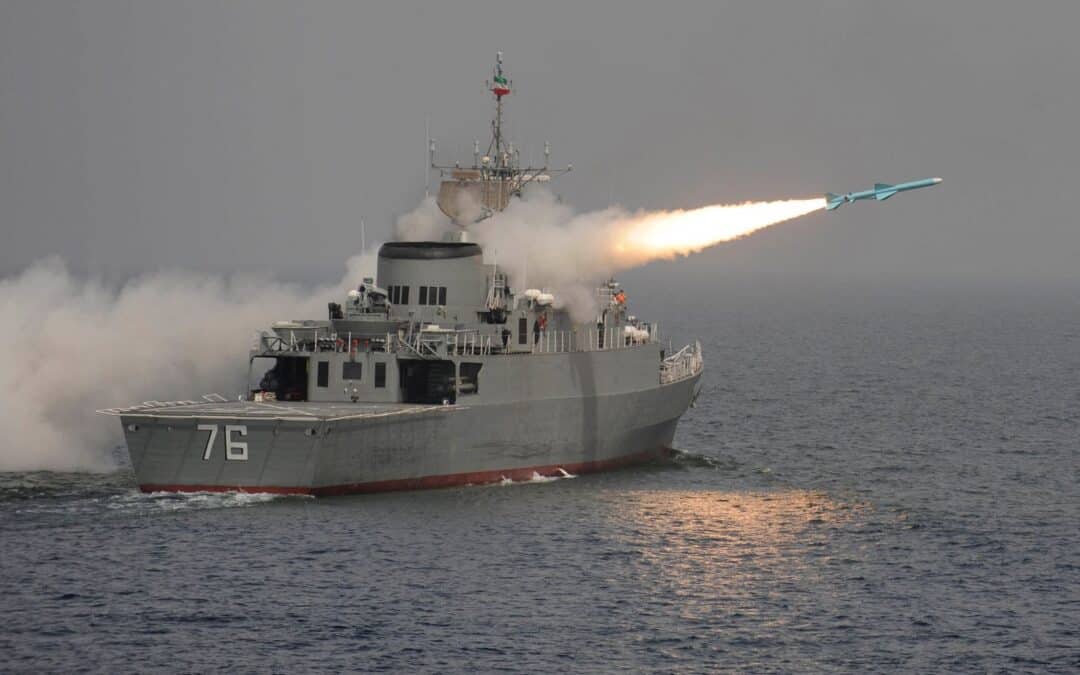 An unfortunate case of ‘friendly fire’ killed 19 Iranian sailors and injured an additional 15 on board a support vessel on May 10. Sunday’s accident happened during Iranian military exercises in the Gulf of Oman, when an Iranian frigate armed with anti-naval cruise missiles hit a support ship.

Off the coast of the Iranian port town of Bandar-e-Jask, Iranian naval forces were scheduled to perform regular training exercises. The drills featured Iran’s modern cruise-missile firing frigates and a range of support ships that would communicate targets to the frigates to fire at.

In what was described as a case of human error, the frigate “Jamaran” accidentally fired a cruise-missile at one of the ships providing the fleet with coordinates for its targets.

The Jamaran is one of Iran’s most advanced naval assets. The anti-submarine frigate is armed with several torpedoes and four Chinese Ying Ji-802 anti-ship cruise missiles that can hit targets within 170 kilometers with an accuracy of 98%.

The chance of the missiles misfiring is slim, and the accident likely occurred because the coordinates of the support ship were entered into the targeting system.

The unfortunate support vessel was the “Konarak,” a Hendijan-class, Dutch-made support ship, built-in 1988 with a maximum capacity of 40 sailors.

Although the ship holds some missile-launching capacity, it was used to provide targets to the larger frigates. Typically, support ships transfer two sets of coordinates, that of their target, and that of their own, for safety.

It appears the two coordinates were mixed up by the Jamaran’s crew, with disastrous consequences for the support vessel’s crew.

Iranian state television reported that the Kanorak had strayed too close to one of the targets set during the exercises, but the accuracy on the cruise-missile used would suggest that the support ship was either still setting the target, or its own coordinates were used in error.

Unless the ship had casually stayed within 10 meters of the intended target, it is unlikely such a missile would have hit the ship by accident, indicating that the fault was likely with the frigate, not the smaller vessel.

The naval accident has become the second time this year that an Iranian missile has caused significant casualties. In January, a civilian Ukrainian Airlines Boeing-737 airliner was shot down after takeoff from Tehran International Airport. Amid tensions following the assassination of Iran’s top general, overzealous Iranian air defense fired two surface-to-air missiles at the civilian plane after mistaking it for an American cruise missile.

Following the accident, the Iran Civil Aviation Organization and Ukrainian experts concluded that the jetliner had received no warning and had not transmitted any distress calls. The investigations concluded that the jetliner had not diverged from its planned path and that a missile operator in Bidganeh, Tehran province, had acted independently after having mistaken the civilian aircraft for a hostile target.

The earlier denial of the use of Iranian missiles by Iranian authorities had soon been disproven and the Iranian Revolutionary Guard on January 20 admitted it had fired two Russian-made Tor-M1 missiles at the aircraft.

Ukrainian authorities honored the casualties of the downed flight in a ceremony upon the return of 11 of the recovered bodies to Ukraine. Amid significant tensions between Iran and the US, the investigation over the tragedy continues as a collaborative effort between Iran, Ukraine, France, and Canada.