Iran Ready for Prisoner Swap, Waiting on US Response

A government spokesman says Iran is willing to go ahead with a prisoner swap with the US, as mutual concerns grow over prison conditions amid the COVID-19 crisis. 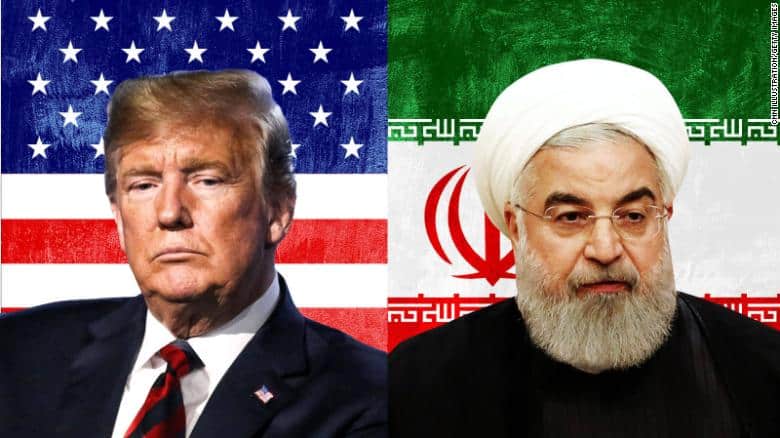 Iranian government spokesman Ali Rabiei released a statement on Sunday announcing Iran is ready to move ahead with a prisoner swap deal, but is waiting on a response from Washington.

“We have announced that we are ready without any preconditions to exchange all prisoners and we are prepared to discuss the issue but Americans have not responded yet,” Rabiei said in a statement circulating among the Iranian government website and state-news outlets.

“We hope that as the outbreak of the COVID-19 disease threatens the lives of Iranian citizens in the US prisons, the US government eventually will prefer lives to politics,” Rabiei said.

The United States has recorded the highest number of COVID-19 cases worldwide, while Iran has been the epicenter of the disease outbreak in the Middle East. Both countries have granted thousands of prisoners early release or temporary furlough in a bid to prevent the coronavirus from spreading in the cramped and often unsanitary jail conditions.

Likely candidates for a swap include US Navy veteran Michael White, who is currently on furlough but has been imprisoned in Iran since 2018. The three other US citizens known to be jailed in Iran are father and son Siamak Namazi and Baquer Namazi and US-Iranian conservationist Morad Tahbaz, who also holds British citizenship.

Another candidate may be Robert Levinson, a former FBI agent and private investigator who disappeared from Iran-controlled Kish Island in 2007, never to be seen again except for 2011 proof-of-life images.

On March 27, Iran’s Foreign Ministry denied Levinson had even been in the country, let alone jailed there, just days after the man’s family and White House officials declared they believed he had died in Iranian custody.

Meanwhile, Dr. Sirous Asgari could be the Iranian returnee, after Reuters reported on May 5 that the Iranian engineer and scientist was ready for deportation back to Iran, pending health clearance, after being acquitted of stealing trade secrets in violation of sanctions last November.

The last prisoner swap to take place between the two foes occurred in December 2019 when US PhD. student Xiuye Wang was returned in exchange for Iranian stem-cell scientist Masoud Soleimani.

“US’ administration is aware of Iran’s readiness and we believe that there is no need for a third country to mediate between Iran and America for the prisoner exchange,” Rabiei clarified, as the US does not have a diplomatic mission in Iran and is generally represented by the Swiss Embassy.

Swap would be a win-win for Ira

Despite Rabiei’s proclamations, the prisoner swap has little to do with the Iranian government’s supposed concern for its citizens’ welfare and is more so being used as an opportunity to make America look bad if it chooses not to cooperate.

Whether the US agrees to the swap or not, by getting in first and declaring its readiness to engage in a rare, co-operative exercise, Iran is only set to gain.

At present, by stating the US is yet to respond to its request, Iran paints Washington as recalcitrant and unwilling to negotiate in good faith to achieve the release of American citizens. If Trump authorizes the prisoner swap, he may be seen domestically as softening on his hard-line anti-Iranian stance, a move that could be unpopular among his right-wing Republican base.

“Bringing home wrongfully detained Americans is a top priority for President Trump. We work with the Swiss every day on the health, safety, and release of US citizens wrongfully held in Iran,” a US State Department spokesman said on May 5.

If the “unconditional” swap goes ahead, Iran will have a foreign policy win to crow about domestically amid the country’s ongoing coronavirus crisis. The Trump administration’s failure to unwillingly cooperate would provide fresh fodder for the Iranian propaganda machine.

Tensions have been running high since Trump unilaterally pulled the US from the Iran nuclear deal and were aggravated in 2020 when a US drone strike killed Iranian military commander Qassem Soleimani in January, and retaliatory airstrikes on an Iraqi base killed US troops.