As Iran takes drastic measures against the spread of COVID-19, thousands are released from prison. 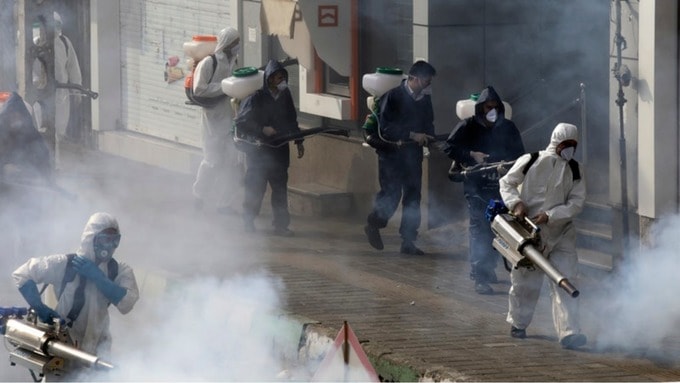 In a sign of international collaboration and a recognition of priorities, Iran is releasing thousands of prisoners at the request of Javaid Rehman, UN Special Rapporteur in Iran.

Around the world, national governments are taking unprecedented action. Shops are closed and major events are canceled, but no action has been as radical as Iran’s temporary release of 85,000 prisoners.

Among the freed prisoners is a large swath of political prisoners. The move signals a significant shift in priorities as the COVID-19 pandemic continues to spread: Respecting humanity is a clear political priority.

Tehran reported on Monday that the number of novel coronavirus infections in the country reached 14,991. Due to the pandemic’s rapid spread in Italy, Iran is no longer the hardest hit by the virus, although questions remain about the Iranian government’s ability to contain the virus. Iranian public health officials hold out hope. Nearly 5,000 Iranians, almost one third of reported cases, have now recovered. Infected patients are now closely monitored as Iranian healthcare professionals rapidly advance in virus recognition and treatment.

Iranian president Hassan Rouhani asked Iranians on Monday, March 17 to self-isolate: “We are past the peak of the disease but I still suggest people to stay at home, and in case of urgency, observe all health protocols.” Public officials check for signs of fever at checkpoints throughout major cities, and educational institutions have closed. A return to business-as-usual remains a hope for the future as Iranian government officials and global health experts decry the effect of U.S. sanctions on the spread of the disease in Iran.

Before the spread of COVID-19, the Iranian healthcare system struggled to import necessary specialized drugs. A 2019 Human Rights Watch report highlighted sanctions-related shortages of drugs to treat epilepsy, provide chemotherapy and, according to The American Prospect, “specialized drugs for children living with and recovering from cancer,”.

In a letter to UN Secretary-General António Guterres released on Thursday March 12, President Rouhani called the US sanctions “a severe and indiscriminate campaign of economic terrorism” and urged for a halt in the “general collective punishment of the Iranian people”.

While Iranian officials have seen enough humanity in their political prisoners to set them free, US officials in a Friday press conference stated “we believe the coronavirus will only make Iranian generals more aggressive” as one of the reasons for the US military to remain in Iraq.

Around the world, people stand together to do their personal duty in containing the virus, whether through self-isolation or taking preventative measures to be able to work safely. Whether national governments will take a similar brotherly approach based on our shared humanity and common duty in this global crisis, might reveal the true depth and extend of the crisis.