Where is Robert Levinson and Did He Really Die in Iranian Custody?

Iran’s Foreign Ministry has denied Robert Levinson was even in the country, just days after the former-FBI agent’s family and White House officials said they believe he died in Iranian custody. 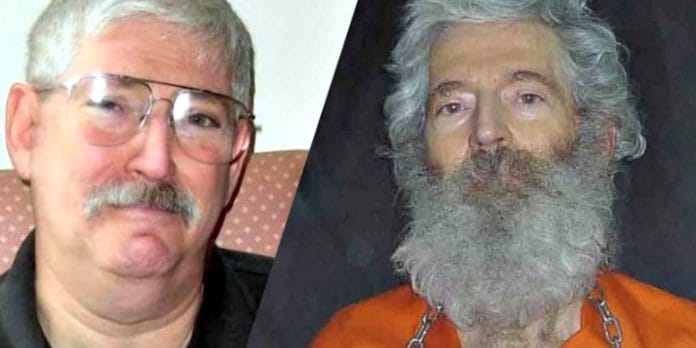 Robert Levinson was a former-FBI agent and private investigator. He was last seen on Iran’s Kish Island in 2007 before mysteriously disappearing, never to be seen again.

According to his family and the US government, the father of seven was detained by Iranian authorities and, at some point prior to the COVID-19 outbreak, died in their custody, a claim the Iranian government strongly refutes.

After 13 years of hoping and waiting for their beloved family member to return home, the Levinson family issued a statement on March 25 saying they now believe he is dead.

“If not for the cruel, heartless actions of the Iranian regime, Robert Levinson would be alive and home with us today. It has been 13 years waiting for answers,” the statement said.

“How those responsible in Iran could do this to a human being, while repeatedly lying to the world all this time, is incomprehensible to us. They kidnapped a foreign citizen and denied him any basic human rights, and his blood is on their hands,” the family added.

White House security adviser Robert O’Brian commented on the Levinson case on March 25 to clarify earlier remarks from President Trump, who said “it’s not looking great, but I won’t accept that he’s dead.”

“As President Trump said today, Iran must provide a complete accounting of what occurred with Bob Levinson before the United States can fully accept what happened in this case,” said O’Brien.

“While the investigation is ongoing, we believe that Bob Levinson may have passed away some time ago,” he said, echoing the Levinson family’s latest statement.

Iran’s Ministry of Foreign Affairs has, however, denied the claims. In a statement on March 26, Spokesman Seyyed Abbas Mousavi said there was “credible evidence” that Levinson had in fact left Iran for “an unspecified destination” years ago.

“In recent years, the Islamic Republic of Iran has done its utmost to obtain evidence for the exact fate of Mr. Levinson after leaving Iran, but has not found any clue suggesting that he might be alive,” Mousavi added.

The Levinson family is yet to comment on the Iranian government’s response.

Iran’s explanation of Levinson’s whereabouts have varied over time. When he went missing, Iranian state TV reported the retired FBI agent had been arrested by security services and would soon be freed.

The Middle Eastern nation maintained a similar track until 2014 when Iranian Foreign Minister Javad Zarif told CNN, “I have not seen anything that could prove that he (Levinson) was ever in Iran.” For the last six years, Iran has been silent on the issue, except for informing the UN in 2019 that the case investigating his disappearance was still open.

There is very little concrete evidence about what exactly happened to Bob Levinson back in 2007.

Conflicting accounts outline that he left Iran of his own volition, or was moved to another location like Afghanistan or Pakistan. The official US line is that he has been held by Iranian authorities for the past 13 years, making him the longest serving hostage in US history.

The last person to admit to seeing him alive is fugitive Dawud Salahuddin. Based on Salahuddin’s account, Levinson was arrested by plainclothes Iranian security officers while checking out of the Maryam Hotel on Kish Island.

The Levinson family travelled to Iran in 2007 and saw Bob’s name on the passenger manifest for his flight to Kish Island and his signature on hotel check-out documents, seemingly corroborating Salahuddin’s version of events.

The man’s family last received ‘proof of life’ images and video in 2010 and 2011 showing Levinson with a bushy beard and hair, wearing a bright orange jumpsuit like those sported by prisoners in the infamous US jail Guantanamo Bay.

That same year, the Levinsons were also furnished with documents by a former Iranian official that apparently indicated Levinson’s arrest had been ordered by intelligence authorities. The former official provided details of his detention.

In 2013 an Associated Press investigation revealed that Levinson, who was 58 years old when he vanished, had in fact been working in Iran as part of an “unauthorized CIA mission.” The revelation added credence to the hypothesis he was being held by Iran and used as a political bargaining chip.

Levinson’s family held high hopes that the Trump administration would secure a breakthrough in the affair and thanked him personally for his help in their March 25 statement.

“We know if President Trump chooses (to be involved), he’s a dealmaker. That’s what he does. It’s going to require negotiating with the Iranians to get him out of there,” Levinson’s son Dan told AP News in 2017 on the tenth anniversary of his father’s disappearance.

“He’s very well-suited to be able to do this. We’re hopeful for that,” Dan added. Those hopes, it seems, are now dashed.

The Department of State Rewards for Justice offered a $20 million reward for information leading to the location and recovery of Levinson in 2019, in addition to the $5 million reward offered by the FBI. Both remain unclaimed.