Politicians hide their failure to prepare and react by casting blame on the Chinese. 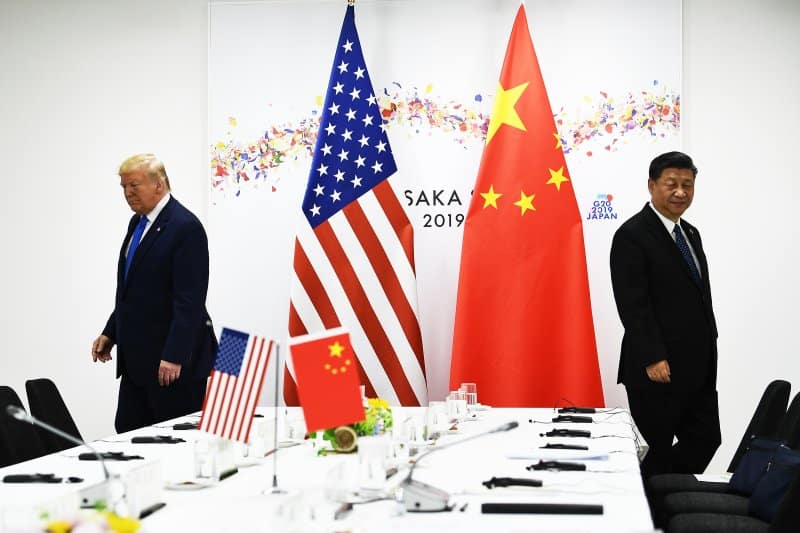 Months after the first cases of COVID-19 started to spread across the globe, national governments have finally settled on specific measures to stop the pandemic. Most governments have committed to painful economic shutdowns and providing large amounts of testing kits and personal protective equipment to national health systems.

Now that most countries have settled on their approach, national leaders and politicians have time to reflect on the origins of the crisis and establish ways to prevent a similar crisis in the future. These elites appear to refrain from critically evaluating their own mistakes or the economic system that ensured there were no stockpiles of medical goods or contingency plans in place.

Instead, national leaders are pointing the accusatory finger to China. This could simply be a case of psychological projection, a human defense mechanism that “projects” personal failings onto others. It could simply be a way for them to cope with their failure to prepare for a pandemic that scientists have predicted for decades. National leaders must find a way to emotionally cope with their responsibility for the deaths of thousands of citizens who counted on their leaders for protection.

Lashing out at China could also be an underhanded political maneuver to avert blame and make China the guilty “other.” While observers tend to instantly recognize this behavior from US President Donald Trump, many politicians across the Western world have engaged in similarly craven political games that paint China as either guilty, responsible, or simply as an exotic foreign force to fear.

While it is impossible to confirm the motivations for politicians’ behavior, the arguments they are using reveal these failed leaders’ desperate maneuvering.

The first accusation directed at China is that their early suppression of news on the virus allowed for its spread. Leaders point to the initial suppression of statistics and the silencing of whistle-blowers to frame China as responsible for the global pandemic.

Politicians who make this argument conveniently forget that China could not have known the scale of its problem, and brought in WHO experts and even American scientists from the Centers for Disease Control (CDC) when it became aware. One of the invited WHO experts stated that China’s “bold approach” had “changed the course of a rapidly escalating and deadly epidemic.”

It was not Chinese authorities who were slow to act, but Western leaders. Even after detecting the first Western cases of COVID-19 in Italy and Spain, governments continued to drag their feet, waiting weeks before implementing the by-then proven lockdowns that China had successfully implemented.

Sources revealed on May 5 that US President Trump knew about the threat and refused to act as far back as January, in what MSNBC called “smoking gun evidence.”

As they did realize the scale of the problem, Western leaders started propagating what can only be described as “fake news” in an effort to mislead their citizens and keep them going to work, even as they potentially faced exposure to the virus.

British and Dutch national leaders imagined a fantasy where everybody would be protected by a “herd immunity,” even as scientists raised the alarm that there was no evidence that COVID-19 antibodies would prevent future infections. Leaders also conveniently ignored the fact that 60% of the population would have to become infected to realize “herd immunity.”.

Accusing misleading Chinese data is similarly craven, as many countries continue to manipulate their reported numbers, often ignoring deaths of people without a confirmed COVID-19 status. Thousands of elderly people in long-term care facilities died and Western governments did not count their deaths within reported numbers.

Western media painted China’s lockdowns as harsh and overbearing but these arguments dissipated as nations around the world were forced to implement similar methods. The moment when most Western nations decided to respond revealed how little preparation had gone into the health aspects of combating the pandemic, even as governments mobilized trillions of euros and dollars to keep businesses and multinationals alive.

Elderly people died in their beds and health workers became disproportionately infected because Western leaders failed to ensure sufficient intensive care beds, protective equipment, and ventilators in the weeks they spent debating economic stimulus measures. Many developed nations still struggle to provide enough of the testing kits that scientists say are needed before lifting lockdowns should even enter consideration.

Following Donald Trump’s decision to stop funding the WHO over its “China-centric” approach, Western media and politicians started painting China as a force manipulating the global health body. Knowing that the WHO itself has little practical power, and that Western leaders have structurally ignored WHO guidance, they continue to present China as the “puppet master” of our shared global health institute.

Just like most major countries, China is expected to voluntarily contribute to WHO funding. Unlike other countries, outsiders paint the millions that China has contributed as intended to manipulate the organization. The fact that the US still paid a significantly higher share, as it does for NATO, the IMF, and the World Bank, apparently does not pose any risk of manipulation.

The hollow statements from Western leaders reveal a culture of self-preservation and economic prioritization that they are desperate to hide. Most Western countries are not serving their populations in this crisis, but instead offer up their workforces for economic exploitation in order to promote economic growth.

While our national leaders continue to pursue a strategy of perpetual growth on a planet with finite resources, perhaps the COVID-19 crisis will lead to a better understanding of the system in which we live. It is possible that many citizens will accept the political status quo as “common sense” as they did in response to the 2008 meltdown, given that many political leaders have seen their polls rise during the pandemic.

The world is starting to see politicians urging citizens to get back out and restart the economy, even knowing they cannot feasibly test enough people to ensure proper safety. That is not the priority.

Whenever Western politicians express their concerns over China, we should keep in mind that their priorities often have very little to do with providing a better future for their people.