Algeria to Move Beyond Oil With Increased Focus on Mining

Oil prices are pushing Algeria away from its reliance on hydrocarbons, shifting its focus to developing uranium, gold, and phosphate mining post-pandemic. 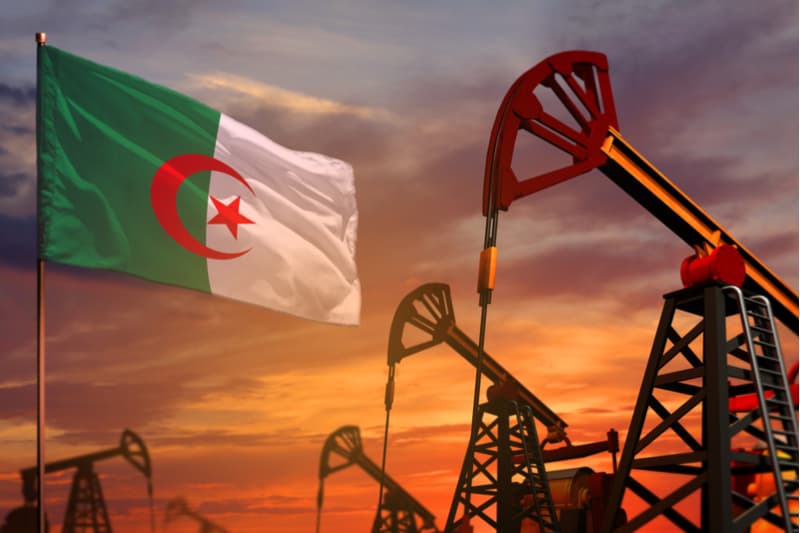 On Friday, May 1, Algerian President Abdelmadjid Tebboune used a televised address to the nation to announce a shift away from oil and gas production. The country exports both oil and gas, with much of its territory still unexplored, but the current drop in oil prices is leading the government away from its reliance on hydrocarbon sales for state revenue.

The North African state largely uses its income from oil for food imports worth $45 billion annually. The drop in oil prices has revealed the danger of relying on oil revenue that many oil-exporting nations are experiencing. In order to reverse this dependence in the future, Algeria will refocus efforts to diversify its economy by developing its agricultural and mining sectors.

Algeria’s president appears eager to assure his people that the government is easing their pain. “A political change will take place and strong institutions will be created,” Tebboune announced on state television, referring to demands of the Hirak protest movement. Tebboune was a prominent member of the deposed regime, even presenting himself as Bouteflika’s successor while on a foreign mission in Paris in 2017.

The president continues to face opposition from large swaths of the population who see him as a remnant of deposed former president Abdelaziz Bouteflika’s regime. Large national protests forced the ailing Bouteflika from power after attempting to run for a fifth term in office in 2019, after which Tebboune won 58% of the vote. Only 41% of Algerians turned out to vote, ensuring Tebboune lacked a solid mandate and continued to face anti-government protests.

Tebboune’s plan to renew focus on the country’s mining industry appears an attempt to emulate the success of its western neighbor. Morocco’s mining industry is flourishing, and the nation holds more than two-thirds of the world’s phosphate reserves while also extracting minerals such as cobalt, silver, and lead, among others.

Algeria is the largest country in Africa and the Middle East geographically, with much of its resources still untapped. Tebboune specifically highlighted uranium, gold, and phosphate extraction as promising investments. The move highlights an increasing reluctance to depend on oil income even as Algeria still has large proven oil reserves and much unexploited onshore and offshore potential.

The country faces significant obstacles to realize its diversification plans, especially attracting the foreign investment needed to develop its industry could be difficult. “Several resources are still untapped. The list includes for example uranium, gold and phosphate. We are ready to develop them with foreign partners,” Tebboune said in his televised address.

While interest from foreign investors could definitely materialize, these foreign parties could demand far-reaching concessions of a nation desperate to wean itself off its dependence on oil. In order to fully benefit from its mining industry, Algeria would need to ensure that a large part of the extracted materials is used to locally produce high-value products for export, instead of merely exporting the raw materials abroad.

Algeria diversifying its industry could reduce its dependence on global oil prices, but the investment required provides a stumbling block. It is likely the country will first need a resurgence in global oil prices in order to partly finance industry development and face foreign investors from a stronger negotiating position.