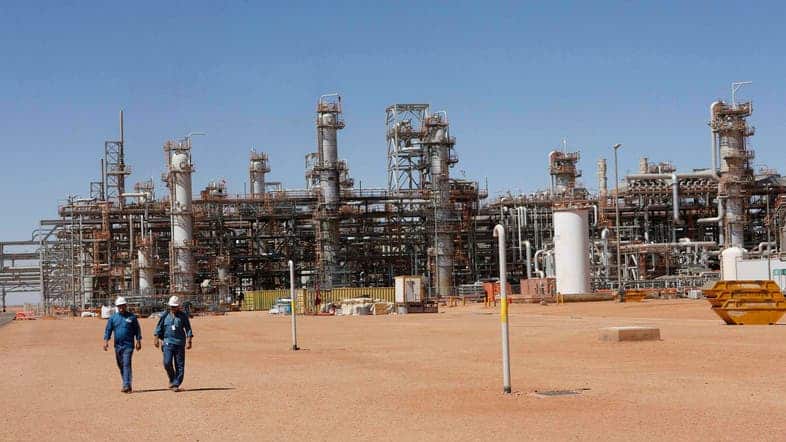 The US oil price dropped below $30 a barrel this week as demand dried up in the midst of the new coronavirus crisis and after Saudi Arabia ramped up production in the wake of collapsed OPEC+ talks.

As oil prices took the biggest dive since 1991, Algerian Energy Minister Mohamed Arkab said the country remains in “permanent consultations” with its OPEC counterparts over the current situation.

“We agreed on Friday that no decision would be very negative on producers. We need a rapid decision to balance the market,” he added.

The fall in commodity prices is putting a strain on the economies of many big hydrocarbon producers but is being felt most keenly in smaller and less-developed nations like Algeria, which currently has a limited safety net in the way of currency reserves and alternative income sources.

As with any unbalanced economy, Algeria is particularly vulnerable to global oil price shocks and changes in its production rates. Both have declined in recent years, eating into the country’s foreign currency reserves.

The World Bank says on top of “the restrained upside in world oil prices,” higher domestic consumption and stagnant production are to blame for the reduction in Algerian energy exports.

Meanwhile, the government has made little real progress towards diversification, with 95% of its foreign earnings still derived from the energy sector. The latest drop in oil prices threatens to blow December’s budget out of the water.

Even with a forecast oil price of $60 a barrel, the government was set to cut public spending by 9.2% in an attempt to bring down the high budget deficit. It remains to be seen how they can implement a budget based on numbers that are now considerably lower than expected.

Some politicians are claiming there is still time to change.

“Algeria must urgently find alternatives and adopt a new management model,” said Houari Tighersi, a member of the parliament’s finance committee. “We still have time to change things.”

Others, however, see change as overly optimistic and unrealistic.

For years, hydrocarbon rents have funded Algeria’s development, enabling it to achieve a commendable 20% reduction in poverty over the past two decades, according to the world bank.

The government has known for some time that it needs to begin rolling back the subsidies and public spending that have supported development, but as the Hirak protests roll on, the political climate in Algeria remains too delicate for the implementation of wholesale austerity measures.

Prime Minister Abdelaziz Djerad warned the parliament about Algeria’s economic fragility back in January as public debt reached 45% of GDP.

“The current financial situation is still fragile as it depends on the volatility of the oil market,” he said, unaware that the future would deliver exactly that.

At the time, Djerad said “the difficult and delicate economic and social situation will be faced by the government with responsibility.”

As the predicted oil price halved, the pressure on the government to handle the country’s socio-economic challenges responsibly has doubled.