The Turkish role in Libya and elsewhere is a reminder of where Turkey was ten years ago and where it stands now: An isolated country with “no friends.” 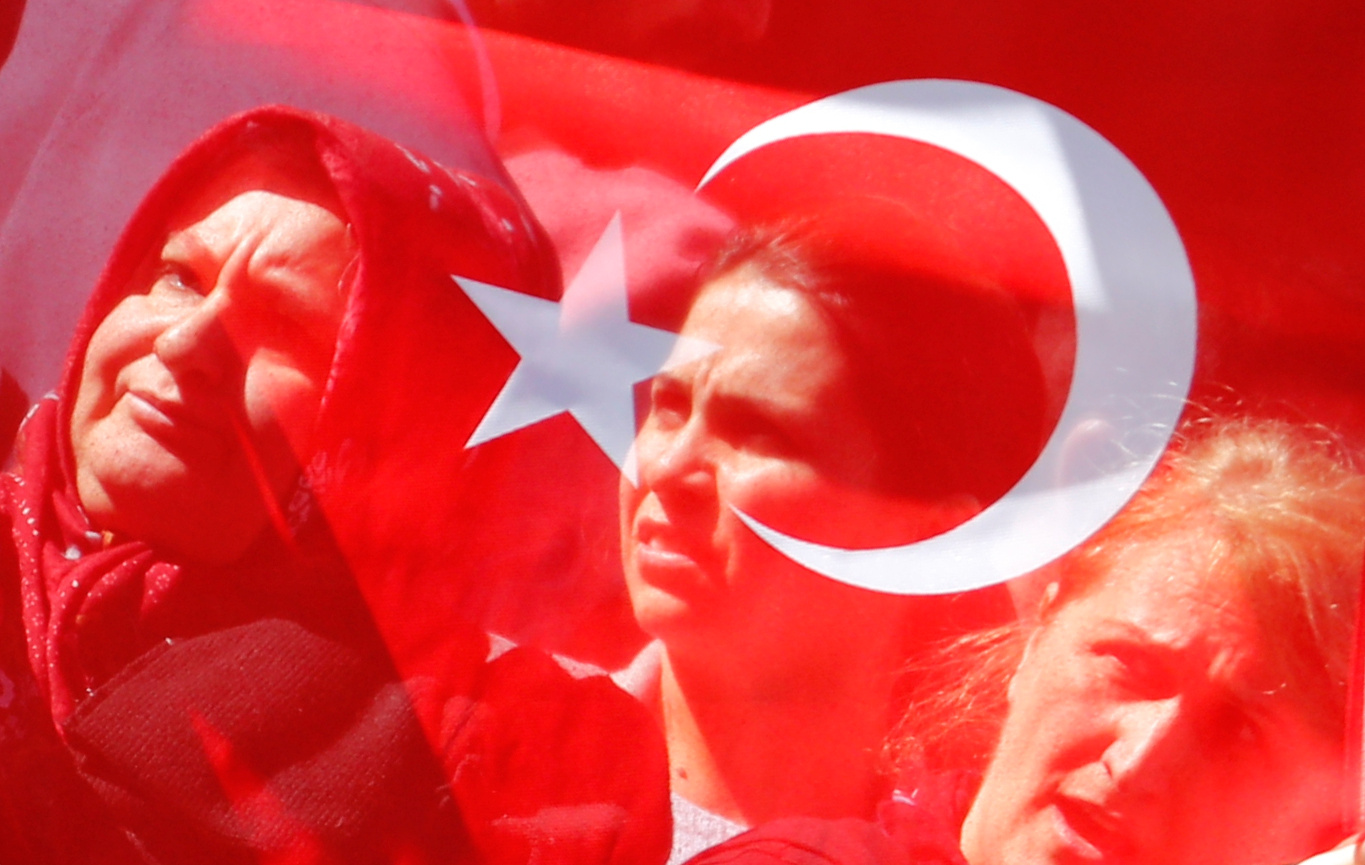 Before the Arab Spring uprisings shook the Middle East and North Africa region in 2011, Turkey seemed, or so it tried to present itself, to have found a way to navigate the various and never-ending regional disputes and crises in this part of the world.

However, subsequent events proved that Ankara is ready to forgo its policy based on having peaceful relations with other countries. Not only did it pick sides in regional conflicts, but it aggressively intervened, even militarily, to further its agenda.

As the Justice and Development Party (AKP) ascended to power in 2002, the focus of its foreign policy was on ending Turkey’s decades-long isolation in the Middle East and North Africa, and build better relations with countries of the region. The policy was summarized in these quite lofty terms: “Zero problems with neighbors.”

From a political standpoint, those terms seemed either naive or ingenuine, especially in a region that has long been plagued by all forms of political instability: Wars, border disputes, bilateral tensions, sectarian violence, foreign interventions, etc.

In a way, such a policy was not necessarily altogether impossible, providing that Ankara had no expansionist interests in the region. A country like Oman seems to get along with its immediate neighbors and far beyond, mainly because Muscat is keen on minding its business vis-a-vis internal affairs of other countries as well as regional spats.

Turkey at first seemed to follow the same formula. In 2010, the architect of such a policy, former Minister of Foreign Affairs Ahmet Davutoglu, painted a picture of his country that is in stark contrast with it today.

“At this point, the world expects great things from Turkey, and we are fully aware of our responsibility,” he wrote in an article for Foreign Policy.

Davutoglu, who served as prime minister from 2014 to 2016, defined five goals Turkish diplomacy would follow, which included integrating into the EU by 2023, supporting regional cooperation and security, and playing an “influential” role in conflict resolution.

Turkish promises of keeping relations friendly with its neighbors proved short-lived when Arab Spring uprisings started in several countries in 2011.

Turkey not only abandoned its “zero problems” policy but also turned its back on regional leaders, such as Libya’s Muammar Gaddafi and Syria’s Bashar Assad, with whom Turkish officials were on very good terms.

Ankara threw all its political weight behind the protests and Islamist opposition, in particular. Recip Tayyip Erdogan, then prime minister, backed demonstrators and called on the likes of Egypt’s Hosni Mubarak to step down. Such endorsement, along with Turkey’s cultivation of its image as an economic success story under AKP’s leadership, boosted Erdogan’s popularity in the region.

The rise to power of Islamist parties with ideological ties to AKP — such as Morocco’s Justice and Development Party (PJD), Tunisia’s Ennahda, and Egypt’s Muslim Brotherhood — presented Ankara with an opportunity to increase its influence.

In Syria, the Turkish role would take even more serious forms with the backing of the militarized uprising and subsequent military intervention, thus contributing to the extension of a destructive civil war with no end in sight.

Erdogan certainly has a base in the Arab world. And while his base continues to defend him no matter what, their conception of a benign Turkish foreign policy overlooks the fact that Ankara is as opportunistic as any other international or regional power.

“Turkey only became a champion of human rights and democracy in the Middle East world after Arabs took matters into their own hands and began bringing down Ankara’s friends,” wrote Steven A. Cook in a blog post for the Council on Foreign Relations.

Biting off more than it can chew

Some observers believe Turkey saw in the Arab Spring an opportunity to establish itself as the leader of the Arab region. This nurtured ambition resulted in Turkey forgoing its long-pursued pro-Western alignment in exchange for more pro-Islamist, anti-Western, and anti-Israeli rhetoric.

According to historian and political researcher Samim Akgonul, there was a major problem with Ankara’s goals: They were too big to handle.

“The dream turned out to be unattainable, partly because Turkish diplomats knew so little of the region but most of all because of the huge gap between Turkey’s social, cultural, political and financial capital and its ambitions,” Akgonul wrote for Orient XXI.

Akgonul noted, like other observers did, the blatant contradictions in Turkish foreign policy, with its fluctuating alliances with countries such as Russia, the US, France, Iran, and Germany, with several ups and downs in bilateral relations.

These contradictions reveal, according to Akgonul, a lack of what he termed “theoretical depth” of Neo-Ottomanism, Turkey’s substitute ideology for the “zero problems” policy.

At the heart of this ideology is a mythified Ottoman imperial past coupled with a nationalistic discourse that champions Turkish interests beyond its immediate borders.

A 2016 speech by Erdogan, delivered during a ceremony marking the death of the founder of modern Turkey Mustafa Kemal Attaturk, perfectly highlights this embraced ideology.

“Turkey is bigger than Turkey. In other words, we cannot be confined to 780 thousand square kilometers because our physical boundaries are different from the boundaries of our heart,” Erdogan said.

“Our brothers in Mosul, Kirkuk, Hasakah, Aleppo, Homs, Misrata, Skopje, Crimea, and the Caucasus might be outside our physical boundaries, but they are all inside the boundaries of our heart. They are in the middle of our heart.”

Many political commentators noted how Turkey went from an ambitious proclaimed foreign policy, based on having peaceful relations with other countries in the Mediterranean and Arab region, to practically alienating almost everybody.

The long-held Turkish objective of becoming a member of the EU ceded to a situation characterized by tense relations with the continental bloc. Ankara’s heavy-handed response to the Gezi Park protests in 2013 prompted criticism from the European Parliament. Meanwhile, the EU froze talks with Turkey over its potential accession to the organization.

Ankara responded by declaring it would give up its EU membership plans providing its request to become a full member of the  Shanghai Cooperation Organization (SCO) was accepted.

The purge and crackdown on domestic opposition in Turkey following the failed coup in 2016 only made matters worse between Ankara and the EU.

While the Gezi Park protests were reminiscent of the Arab Spring demonstrations Erdogan strongly supported, the Turkish leader adopted a discourse similar to those Arab dictators he scolded during the uprisings.

In a speech before his party’s MPs in February, Erdogan described the protests as “a heinous attack targeting the people and state,” comparing them to “military coups.”

In recent months Europeans have felt Turkey twisting their arms with threats from Erdogan and Turkish officials to open the gates for an influx of refugees and migrants to Europe amid opposition to his military intervention in Syria.

In March, the German Minister of Foreign Affairs Heiko Maas commented on Ankara’s decision to bus thousands of migrants from refugee camps to Turkey’s border with Greece, saying, “We must not allow refugees to be made the plaything of geopolitical interests.”

Embattled, isolated and with ‘no friends’

Turkey’s aggressive foreign policy has reached its pinnacle with its military intervention in northern Syria to quell any Kurdish attempts to establish an autonomous zone, in Libya through Syrian mercenaries to back the militias affiliated with the Government of National Accord (GNA), and in Iraq under the pretext of fighting ISIS and the Kurdish Workers Party (PKK)—all fueling anger against Ankara in those countries and in the region.

Earlier in June, the Iraqi Parliament condemned the continuous violation of the country’s airspace by Turkish drones and the bombing of a refugee camp in northern Iraq.

Cairo understandably sees Turkey-backed forces’ advancement towards its borders as a threat to its national security, especially in light of the tense relations with Ankara that have persisted since the ousting of former president Mohamed Morsi in 2013.

While even some Egyptian officials reportedly believe Ankara is not too foolish to provoke a confrontation with Egypt close to home soil, the Turkish role in Libya and elsewhere is a reminder of where Turkey was ten years ago and where it stands now: An isolated country, as Bloomberg noted, with “no friends.” 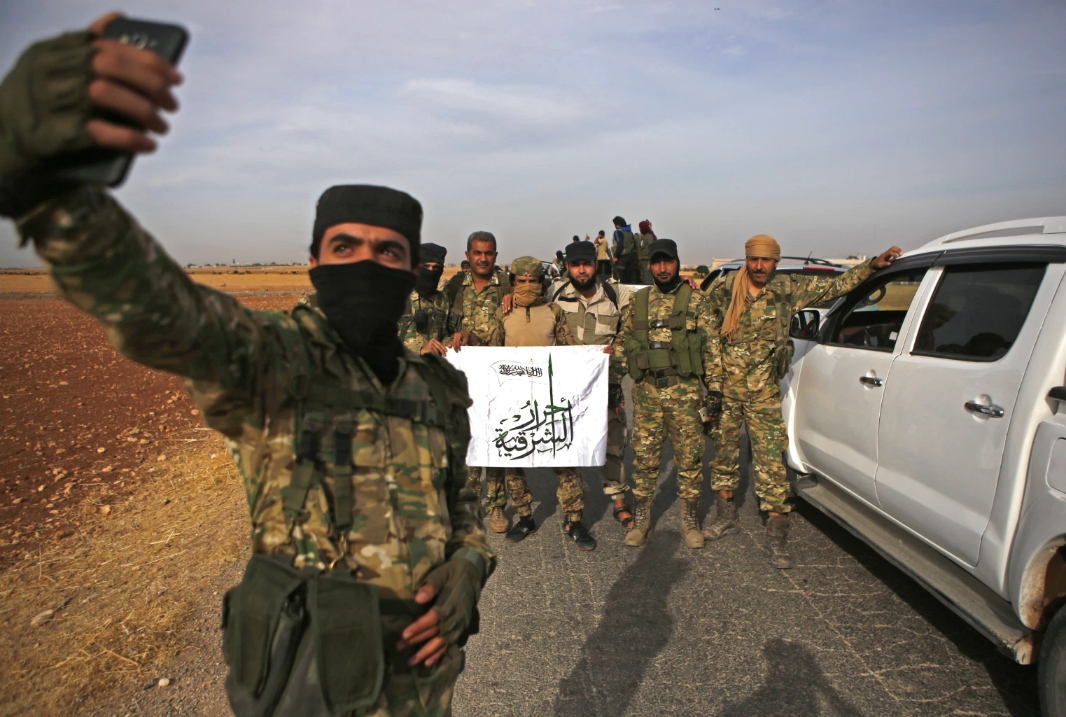