France claims Turkish frigates illuminated a French ship three times, exposing it while on a NATO mission to enforce the Libya arms embargo. 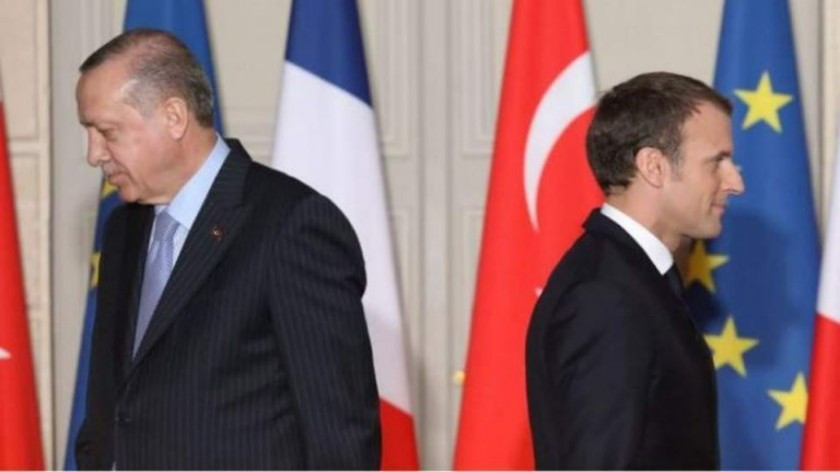 In a move that French Defence Minister Florence Parly described as “very serious,” Turkish warships targeted the “Courbet” after it requested to search the Turkish cargo ship “Circkin,” believed to be carrying illegal weapons.

The French “Courbet’s” NATO mandate does not include the pursuit of ships and it was forced to abandon attempts to check the cargo of the Turkish “Circkin,” reported French daily Le Figaro.

France is present off the coast of Libya as part of its engagement with NATO’s Sea Guardian operation. NATO describes Sea Guardian as a maritime security operation “aimed at working with Mediterranean stakeholders to maintain maritime situational awareness, deter and counter-terrorism and enhance capacity building.”

Turkey has rejected France’s allegations, with a senior Turkish military official stating that the French frigate failed to establish communications with the Turkish ships during the incident and reiterating that “Turkey is fulfilling its obligations as an ally today as always.”

“If one takes into account that the French warship was refueled by our side before the alleged incident, it is clear how inappropriate and intentional the allegation is,” they said.

NATO has since announced it will launch an investigation into the matter. On June 18, NATO Secretary-General Jans Stoltenberg explained the investigation aims “to bring full clarity into what happened.”

The incident comes in a time of tension between Ankara and Paris, whose relationship has deteriorated since 2016 over issues regarding refugees and human trafficking, as well as arrests of French journalists.

Tensions have run high between Turkey and its EU NATO partners for months as President Recep Tayyip Erdogan has embraced a more aggressive strategic posture.

In October 2019, Turkish-backed militants launched an offensive to secure a 30 kilometer “safe zone” along the border for Syrian refugees in Turkey to return. The offensive led to the death and displacement of thousands of Syrian Kurds, a key ally of NATO in the fight against Islamic State.

Within the Mediterranean, France has previously accused Turkey of using the NATO flag on its warships outside of official operations, including to escort cargo. The use of NATO insignia outside of operations is forbidden.

Paris has also escalated its opposition towards Turkish interventions in Libya, angering the Turkish regime. Tensions between Turkey and France over the conflict in Libya are driven by their support for rival leadership groups.

Turkey, with Qatar and Italy, supports the UN-recognized Government of National Accord (GNA) whilst France, along with Russia, Jordan, and the United Arab Emirates (UAE), supports the rival forces led by Khalifa Hifter.

Turkey is facing criticism due to its involvement in transporting weapons and mercenaries to fight in the ranks of the Saraj government. France has slammed Turkey’s supply of arms to the GNA and hostile actions in the Mediterranean as undermining NATO’s work and attempts to negotiate and uphold a ceasefire.

BBC issued an investigation revealing further proof that a Turkish ship delivered weapons to the Libyan Government of National Accord fighting within the capital, Tripoli. This move violates international resolutions and undermines the agreement from January’s Libya peace summit in Berlin, in which countries pledge to better enforce the arms embargo. Many parties allege Turkish military intervention has further fueled the already critical Libyan conflict.

Ankara continues to violate all international conventions and the Libyan arms embargo, France claims. The European country says Turkey was exporting heavy weapons across the Mediterranean to Tripoli. This exposed it to the direct clash with the EU’s Irini operation, set to monitor the commitment of the various parties to the UN arms embargo.

NATO members are divided over how to approach Turkey’s operations in Libya, with some member states believing that Turkey’s engagement will lessen Russia’s influence. Paris has been firm in its message to fellow members that “more Turkey does not mean less Russia.”

Meanwhile, France is accused of being one of the many Arab and Western countries supporting the opposing Libyan National Army, led by Field Marshal Khalifa Haftar.

France denies supporting Haftar, but Turkish state media claims France has previously given him aid to fight Islamist militants. France did not publicly criticize the countries that support Haftar, the outlet claims, although France continues to criticize Turkey’s position.