Ramadan and Eid al-Fitr amid pandemic in the Middle East

One of the pillars of Islam, the month of fasting sawm/siyam, during which believers must, among other things, abstain from eating and drinking from sunrise to sunset, is traditionally a time of sharing, gathering, and conviviality. 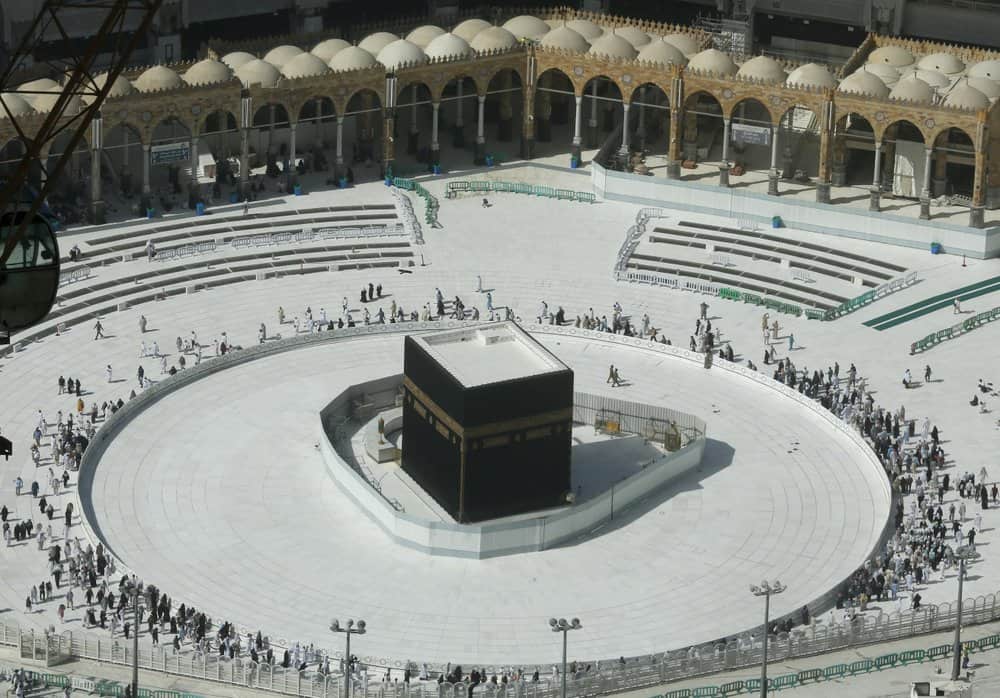 It is also a month of prayer and religious piety when Muslims converge in large numbers in mosques, especially at night. This year, it comes amid the coronavirus pandemic forcing people to maintain lockdown restrictions and social distance in public places to check the spread of the deadly virus by reducing the contamination from person to person.

Ramadan in time of the pandemic

Saudi Arabia, home to Islam’s first two holy places, as well as most Arab countries – including Syria, Egypt, Tunisia, Jordan and Bahrain – announced the beginning of Ramadan on Friday April 24, 2020.

One of the pillars of Islam, the month of fasting is traditionally a time of gathering. It is also a month of prayer whenMuslims join together in mosques for prayer.

King Salmane of Saudi Arabia said he was “saddened that the holy month comes in circumstances that prevent us from praying such as tarawih (night prayers) in mosques, because of the preventive measures to protect the life and health of people in the fight against the new coronavirus pandemic.“

With the widespread lockdown in Middle Eastern and North African countries and the Muslim world, at large, due to the COVID-19 pandemic the month of the Ramadan fast appears bleak. The fasting month is usually a time of high household consumption in the Muslim world, but this year traders are likely to be hit hard by the fears of shoppers, who want, above all to buy masks, gloves, or disinfectant.

“Our hearts weep,” mourns the muezzin of the deserted Great Mosque of Mecca. This year, the World Health Organization (WHO) also clearly advocated “the cancellation of social and religious gatherings“, including “in places associated with the activities of Ramadan, such as places of entertainment, markets and shops“. However, it said that confinement does not exempt “healthy” Muslims from fasting, “as in previous years“.

In Iran, the Middle East country most affected by the pandemic, the supreme leader, Ayatollah Ali Khamenei, called on his fellow citizens to avoid all gatherings without “neglecting prayer.” Fasting and praying at home is also recommended by the religious affairs directorate, Diyanet, in Turkey. In Russia, too, the faithful are encouraged to pray at home.

In order to ensure that aid to the most deprived is not too much affected by the lockdown measures, associations and authorities are organizing themselves differently. In Turkey, for example, external public iftars for the neediest will not be able to take place, but the municipalities of Istanbul and Ankara are planning to distribute dishes or send food parcels to them. In Senegal, Alassane Ndour, a former Senegalese football international, and his association will not offer meals, but will distribute “food, rice, sugar, and millet.”

The Muslim calendar has two major holidays: Eid al-Fitr, “the Feast of the Breaking of the Fasting,” also called Eid as-Seghir, “the Small Feast” which marks the end of the month of Ramadan, and Eid al-Adha, “the Feast of Sacrifice,” also called Eid al-Kabir, “the Great Feast,” which marks the end of the period of pilgrimage to Mecca, one of the five pillars of Islam.

Eid al-Fitr, is the first day of the Islamic month of Shawwal. It marks the end of Ramadan. Many Muslims attend communal prayers, listen to a khutba (sermon) and give zakat al-fitr (charity in the form of food or alternatively money) during this religious celebration of communion, togetherness, solidarity, and compassion. This year, however, the traditional practices will not be possible since most Muslim countries are either still in lockdown or have banned praying in mosques to check the progress of the coronavirus.

People traditionally travel to visit their families or go to tourist destinations for a change in Middle Eastern countries like Iran. Iranian health officials called on citizens on Thursday to avoid travelling during the Eid al-Fitr holiday later this month to prevent a new surge of the novel coronavirus infection.

“I am urging you not to travel during the Eid. Definitely, such trips mean new cases of infection…People should not travel to and from those high-risk red areas,” Health Minister Saeed Namaki was quoted by state television as saying.

“Some 90% of the population in many areas has not yet contracted the disease. In the case of a new outbreak, it will be very difficult for me and my colleagues to control it,” he added.

However, it must be pointed out that for this year, for Muslims around the globe, while the joyful victory of completing a month-long daytime fasting remains, COVID-19 will take the shine off this year’s Eid al-Fitr. Families will not be able to meet to share a meal, people will not be able to go to cafés to meet friends over a cup of tea or coffee, and children will not be able to show their new clothes to other children and rejoice in the streets. Eid will be a sad occasion celebrated, like Ramadan, intra muros.

In Saudi Arabia, no easing of measures is in sight for Eid al-Fitr. Mosques will not be allowed to reopen by the end of Ramadan. In addition, the Ministry of the Interior has indicated that a curfew will be in place from 23 to 27 May to limit the risk of an exponential increase in the number of coronavirus cases.

Jordan, which has not allowed worship in mosques during the month of Ramadan, has also announced a total curfew and a ban on vehicle traffic for the first day of Eid. Egypt, which had announced as early as April a ban on gatherings beyond Eid al-Fitr, also plans to reinforce measures with a 24-hour curfew on the first day of the holiday at the end of Ramadan.

In the same vein and under the same conditions, Iranian President Hassan Rouhani announced on 16 May that mosques will be allowed to hold Eid prayers, even though the epidemic has not yet been brought under control. Iran, which records more than 7,200 deaths from Covid-19, is the most heavily impacted country in the Middle East.

Turkey, with 4,200 deaths, follows Iran. But unlike Tehran, Turkey, which has been living under strict confinement since mid-March, has announced a total curfew of four days from 23 May for Eid al-Fitr. The reopening of mosques for prayers is scheduled for 12 June.

Conclusion :  Stemming the spread of the new coronavirus is a religious obligation, too

The COVID-19 pandemic has affected human lives globally and religious observations in 2020 have been unique. Christians celebrated Easter at home with live-streamed mass and drive through services with participants wearing a now common adornment – a face mask.

For the Jews Pessa’h (Passover) was celebrated in a total lockdown situation from 8 to 16 April : No synagogue services, no family reunion and no community celebration and rejoicing to limit COVID-19 contaminations.

The Great Mosque of Mecca, the first holy place of Islam, is completely empty. The country that is home to the two holy cities of Islam, Mecca and Medina, is about to experience a Ramadan and Eid al-Fitr marked by the pandemic and the social distancing it incurs.

Similarly in Jerusalem, home to the Al-Aqsa Mosque, the third holiest place in Islam, the Grand Mufti, Mohammad Hussein, has announced restrictions on prayer during Ramadan and Eid al-Fitr. There will therefore be no gatherings on the esplanade of the Jerusalem mosques this year.

The Saudi religious authorities have therefore banned all forms of gathering for the large break-fast meals (iftar). Gatherings for night prayer at the mosque (tarawih) are also prohibited, as are late-night gatherings of friends.

To stem the spread of the novel coronavirus, the Saudi authorities have also suspended the small Muslim pilgrimage, Umrah, to Mecca and Medina and will no doubt scrap the pilgrimage season, Hajj,  in July to save lives, given that this religious practice is performed annually by almost three million faithful from all over the world who flock to the holy sites for a fortnight to practice related rituals. Because of the high numbers, the propagation of the virus could occur quickly and cause the death of thousands of Muslim faithful.

So, for the first time in over two centuries there will, probably, be no pilgrimage. Amen.