Lebanon's Prime Minister Hassan Diab warned that his country's failing economy, combined with the fallout of COVID-19, could cause widespread hunger in Lebanon and around the world. 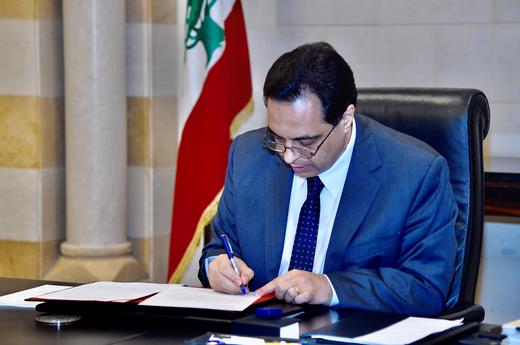 Lebanon’s multitude of economic failings  —- its default on sovereign debt, currency crisis, high unemployment —- have only been amplified by the COVID-19 crisis. Now, Prime Minister Hassan Diab warns that the country’s dismal economic position, combined with a lack of investment in agriculture, and COVID-19 supply chain disruptions have pushed Lebanon to the brink of starvation.

“Once the breadbasket of the Eastern Mediterranean, Lebanon is facing a dramatic challenge that seemed unimaginable a decade ago: The risk of a major food crisis,” Diab wrote in a letter to the Washington Post on Thursday, May 21.

The embattled Lebanese Prime Minister explained that despite fertile soils and a good growing climate, Lebanon has failed to invest in its agriculture sector in recent decades as “a result of decades-long political mismanagement and corruption.” Over 50% of Lebanon’s food is now imported, and due to the currency crash driving up inflation, the price of staple food items has doubled in 2020.

“A few weeks ago, Lebanon witnessed its first ‘hunger protests.’ Many Lebanese have already stopped buying meat, fruits and vegetables, and may soon find it difficult to afford even bread.”

If Ukraine joins Russia in suspending wheat exports over COVID-19, a bread crisis would be highly likely in the small Middle Eastern state. At present, 80% of Lebanon’s wheat is imported from the two eastern European countries.

Diab also had a bigger warning for the international community, which has been wary about giving aid to the deeply indebted country, about global food supplies and their security impact.

“Food security is becoming a global crisis requiring a coordinated global response. It would be a tragedy upon a tragedy if our efforts to beat the covid-19 epidemic eventually gave way to mass starvation and migration, the effects of which would be felt for generations,” the Lebanese PM warned.

To avoid a destabilizing global food crisis, that “may spark a new migration flow to Europe,” Diab is calling on the United States, the Group of 20 (G-20), and the World Trade Organization (WTO) to discourage restrictions on food exports in the wake of COVID-19 and keep supply chains open.

He also said the US, G20 and World Food Programme (WFP) should implement policies to ensure food supply for low to middle income countries, and that the European Union and US must establish a dedicated emergency fund to ensure Middle East food supplies.

The EU, US, and other organisations Diab singled out are yet to respond to his op-ed.