Israel's courts have ordered the PA to pay $150 million for attacks in the 2000s, even as it continues to bomb its neighbor and killing civilians. 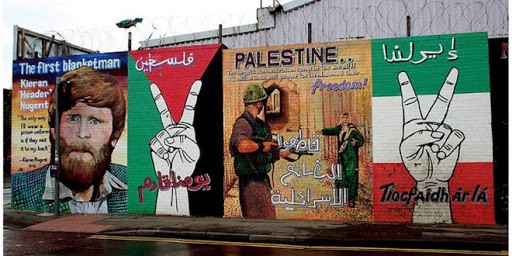 On April 27, an Israeli court held the Palestinian Authority (PA) liable to pay $150 million to Israeli families who lost family members during the second Palestinian uprising in the 2000s. The court in Jerusalem decided that the sum will be deducted from tax revenue that Israel collects “on behalf” of the PA.

As the impoverished Palestinians continue to struggle to contain a local outbreak of the COVID-19 virus, Israel will now unilaterally take much-needed funds away from the PA. Justifying the decision with rhetoric calling Palestinians terrorists and denouncing their desperate acts of violence, Israel itself continues its structural and sustained aggression against countries in the region.

While Israel demands compensation for its victims, the country continues to attack targets in its feeble, impoverished neighbor, Lebanon. The Lebanese are struggling with three spiraling and interconnected crises that threaten the country’s health, economy, and political system. But like the Athenians besieging Melos in antiquity, the Israeli justification for its actions boil down to “the strong do what they can, and the weak suffer what they must.”

Israel continues to casually bomb its neighbor two decades after the Israeli army withdrew from Lebanon, leaving behind torture camps and untold destruction. As the Israeli court demanded compensation for Palestinian aggression, Israel continues to send drones and fighter-jets into Lebanese airspace with impunity.

The Israeli air force, at its own discretion, bombs targets in Syria and Lebanon. Any target deemed problematic can result in a breach of Lebanon’s airspace, making a mockery of national sovereignty. Israel appears to be completely detached from the rules that govern the global community of nations, with respect to sovereignty and what constitutes an act of war.

The righteous indignation that led the Jerusalem court to rob the PA of $150 million of its desperately-needed tax revenue seems incredulous in the face of Israeli hostility towards its occupied population. At the same time, the country is waiting for the “nod” from the US to invade the West Bank and annex large swaths of it.

Similar to colonial states in the 19th century, Israel takes territory and chases away native people to allow its settlers to expand and multiply. The crippling blockade on the West Bank and Gaza means it keeps its occupied people poor and desperate, taking any aggression from them as justification for increased repression.

As long as the US continues to back Israeli impunity, the Palestinian people will continue to suffer from a slow and calculated cultural genocide. Currently, farming villages are being cut off from water sources as Israeli defense forces eye the West Bank’s eastern borders as new space to expand into.

While Israel continues to accuse Iran of secretly developing nuclear weapons, Israel’s own hidden nuclear program remains one of the few nuclear programs in the world that is not inspected by the International Atomic Energy Agency. While any news of Iranian or North Korean steps toward nuclear proliferation ends up on front-pages of newspapers, Israel again enjoys unprecedented impunity.

There is no country in the world that could indiscriminately attack targets in neighboring countries. There is also no country where nuclear weapons are allowed to be built outside of international conventions and obligations. In the 21st century, there are no more colonial states where “natives” are chased off their lands at gunpoint. Only in Israel are these breaches of law and convention permitted.

While the American public appears to support Israel out of religious convictions and Europeans continue to turn a blind eye out of sympathy over the atrocities committed during the Second World War, Israel’s impunity is not good for the world, and it is not good for Israel itself. The fewer the restrictions on Israeli hostilities, the more they are encouraged to continue.

Israel wants to be recognized as a legitimate country by its neighbors, perhaps it should start acting like one.

Read also: US to give $5 Million in COVID-19 Aid to Palestine After Years of Cuts