Gazans are left in the dark about the scale of their local outbreak without the ability to test potential patients. 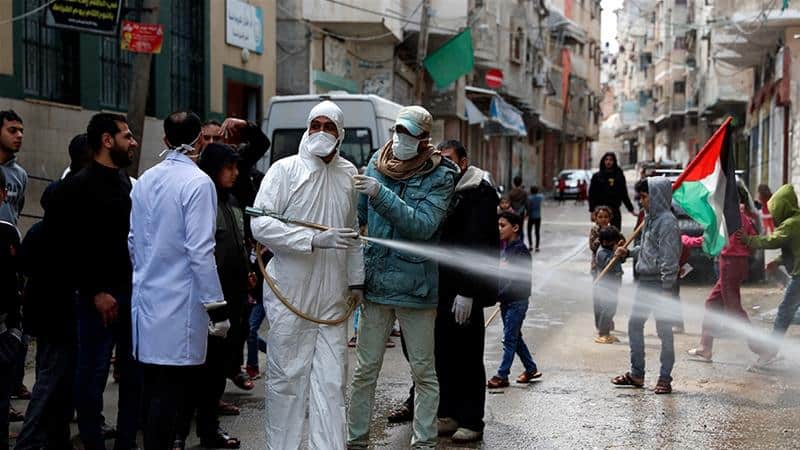 “Test, test, and test again” is the official recipe for pandemic containment success, according to the World Health Organization (WHO). The more tests that are performed, the better medical professionals can estimate the scale of a local outbreak and respond accordingly. The Gaza Health Ministry has taken up the WHO’s advice, testing as many possibly infected people as it can.

Despite the testing efforts, on Sunday, April 5, the Gaza Health Ministry sounded an alarm. Soon the testing kits would run out, the ministry warned, and Gaza would be left blind to the local spread of COVID-19. Little has changed since Sunday and on Wednesday, April 9, Gaza reached its “zero hour:” All tests had run out, effectively suspending testing.

The Health Ministry has been very public about the need for COVID-19 equipment. The ministry has appealed to international organizations for assistance. Little help is coming from Israel, whose government has linked any potential assistance with preconditions including the release of prisoners of war.

Gaza has reported 13 cases of the novel coronavirus to date, but fears over a larger undetected outbreak in the densely populated territory are rising, and the absence of testing kits means authorities are left guessing. The absence of kits means that hundreds of people will have to remain in quarantine even though they might not be infected, while others who are infected might continue to spread the virus, unaware of their status.

Hamas, which was elected as the governing party in Gaza in 2007, has taken WHO advice by closing schools, mosques, and weddings and banning public gatherings. The Strip’s impoverished population and the inability of the Gaza government to financially support its citizens means a lockdown is not an option.

Likely in an effort to prevent panic, local authorities have said a lockdown is unnecessary. Other governments in the region have imposed full lockdowns, indicating that economic factors may be the prime motivator behind the decision.

An international group of donors to Palestine had to cancel their annual spring meeting in Brussels because of the virus. Norway, which has been involved in the Palestine-Israel conflict, released a statement on April 4 to urge its fellow donors to step up support for Palestine.

The crisis in Gaza has created some unlikely alliances. After the 13th case in Gaza was announced on April 7, Hamas called on the Palestinian Authorities (PA) to “put their differences aside,” according to the Palestine Chronicle.

Ismail Haniyeh, head of the Hamas Political Bureau, discussed the matter in a April 6 call with the prime minister of the Palestinian Authorities. “We, as Palestinians, are united in one trench to confront this pandemic,” Haniyeh said in the call, continuing that “the safety of every Palestinian in Jerusalem, Gaza, the West Bank and abroad should be the main concern of the factions.”

If traditional opponents like Hamas and the PA can find common ground in the midst of this crisis, perhaps international donors can do the same and provide Gaza with the help it desperately needs.