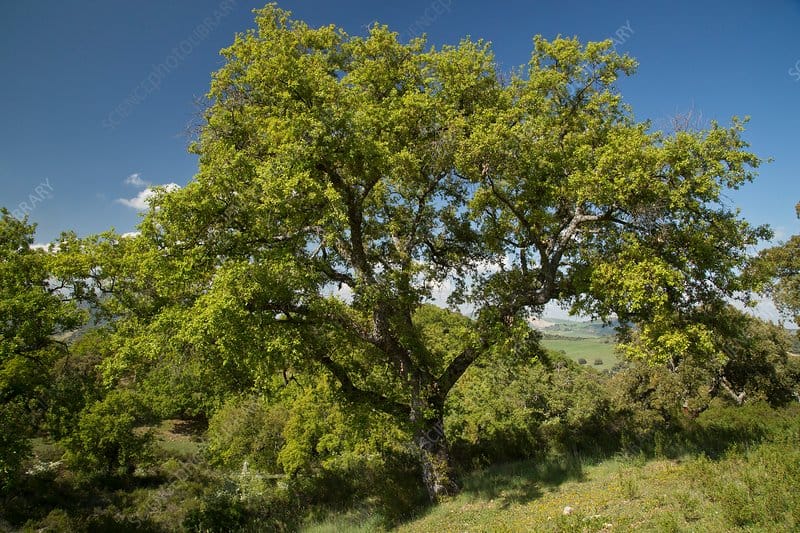 Many citizens in Tunisia are struggling economically, causing some to turn to illegal logging and charcoal production, Tunisian authorities have reported. With the country facing a 6 p.m. to 8 a.m. curfew, illegal loggers are using the tranquility at night to fell trees undetected. With forest covering only 6.5% of the country, the destruction of ancient forests is a serious concern in Tunisia.

The Tunisian forestry agency at the Ministry of Agriculture reported over 200 cases of illegal logging since the start of lockdowns, a tenfold increase over last year’s numbers. Reuters reported today on a group of people who illegally cut down 400 Algerian oak trees, an endangered species that grow over several centuries, to produce charcoal for extra income.

Curfews that limit movement after 6 p.m. have allowed illegal loggers to operate undetected. Mohamed Boufaroua, general director of forestry at the Ministry of Agriculture, said “they (illegal loggers) want to take advantage of this period of confinement.”

The disappearance of Tunisia’s forests is a major concern. In 1970, Tunisia’s oak forest covered 140,000 hectares. Over time, forest area has fallen by a third, and only 8,350 hectares of its protected Algerian oak trees remain. Felling Algerian oak trees is illegal, but local authorities often do not enforce the law, according to Ines Labiadh, head of environmental justice at the Tunisian Forum for Economic and Social Rights.

Because many Tunisians work in the informal economy, they lack economic support during the lockdown. Desperate for income, they turn to the forest. By felling trees for charcoal production, desperate Tunisians can supplement their income in these difficult times.

The problem existed long before the lockdowns began as illegal logging is highly profitable. According to Ines Labiadh, “the forest is a mine for money,” as illegal loggers can earn roughly 2,000 dinars ($690) a month, more than double the average Tunisian wage.

Whenever instability and economic uncertainty rises, so does illegal logging. Following the 2011 Arab Spring revolution in Tunisia, illegal logging tripled as desperate citizens took to the country’s diminishing forest.

Forests are important to reduce desertification, a term for fertile land gradually turning into a desert. Trees form a natural buffer against the growth of deserts and reduce the effects of climate change as they can soak up greenhouse gasses. Throughout Africa, forests are being planted in order to stop deserts from growing and to convert land from barren to lush.

A 15-kilometer wide “great green wall” stretching from Senegal in West Africa to Eritrea in the eastern Horn of Africa is being planted. Governments are investing millions into forests in order to halt the growth of the Sahara desert that threatens both northern and sub-Saharan Africa.

The importance of flourishing forests in North Africa is so great that on February 12, King Mohammed VI of Morocco and his heir personally attended events to establish new strategies to ensure agriculture and forestry could coexist to create local jobs without endangering forests.

Morocco’s renewed approach to protecting its forests will include local communities in forest management in order to ensure locals benefit from forests without needing to destroy them. Morocco will spend millions of dollars to realize modern forest nurseries, promote training and research, and establish a new Water and Forest Agency as well as a Nature Conservation Agency.