Businesses and private citizens of the small north African country are rallying together. Banks are donating funds and factory workers are self-isolating to produce medical face masks. 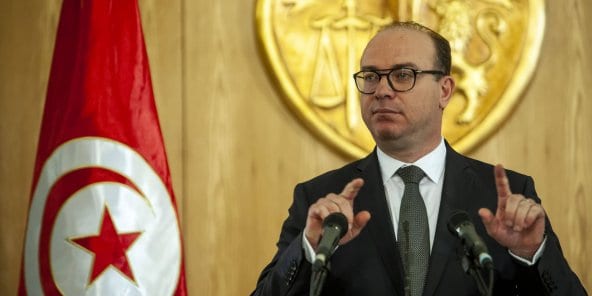 The outbreak of COVID-19 in Tunisia has now reached 227 confirmed cases, with seven deaths, two recoveries, and 218 patients in active care. Neighbored by Algeria, which has 354 active cases, and Libya, which confirmed its first case on March 24, Tunisia has the lowest recorded case count in North Africa. The numbers align with Tunisia’s small geographic size and population, but the country is eager to limit further spread of the global pandemic.

Tunisian Prime Minister Elyes Fakhfakh spoke to the nation on March 13. In the wake of Fakhfakh’s speech, businesses and citizens appear to be rallying together to combat the virus.

Tunisia closed its borders on March 16, canceled cultural and sports events, and closed educational and religious facilities. The containment measures have helped to slow the spread of the novel coronavirus, with a limited increase in reported cases. Compared to explosions in cases witnessed in far richer countries across Europe, Tunisia’s spirit of solidarity appears to be prevailing.

Robot: “Everyone is required to apply public quarantine procedures and not to leave their homes to limit the spread of the contagion in order to preserve the safety of human lives.”

Employing technological innovations such as “robot cars” to inform citizens on the streets, Tunisians have found creative ways to contribute to national efforts. Old-fashioned self-sacrifice is providing significant support. Workers in a factory that produces protective medical equipment, so crucial in the battle against COVID-19, decided to self-isolate in the factory in order to churn out as many face masks as possible.

The BBC and AFP reported that the 150 mostly female employees made the decision after encouragement from their families. The workers were joined by cooks, a physician, and a pharmacist to ensure proper quarantine. The employees’ efforts are paying off, with the factory now producing 50,000 protective face masks everyday.

One hell of a time for #Tunisia to put Tawhida Ben Cheikh, medical pioneer and the first Muslim woman in modern North Africa to receive a medical degree, on the 10 dinar bill. pic.twitter.com/BfmFN5gR8B

Tunisia’s private sector is similarly stepping up, with voluntary contributions from Tunisian banks at DT 112 million (approximately $40 million), according to the national press agency, Agence Tunis Afrique Presse. The funds will support Tunisian companies and low-income households. Further financial support from the Tunisian banking sector is expected to support the manufacturing of essential medicines and medical supplies for healthcare workers.