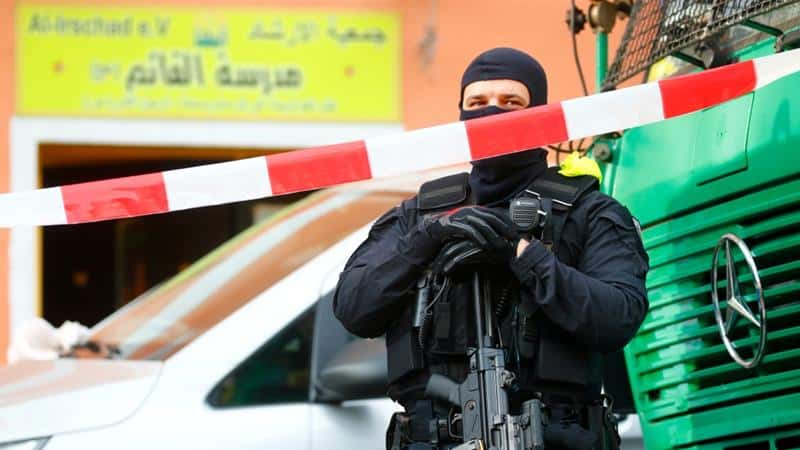 The day before, the activities of Hezbollah’s political wing had been allowed to operate in the country but everything changed overnight after the group’s reclassification.

In the space of 12 hours 1,050 activists that support the Lebanese Shia group became terrorists according to German law. “The activities of Hezbollah violate criminal law and the organization opposes the concept of international understanding,” Germany’s interior ministry said in a statement as it announced how it plans to curtail the organization’s influence in Germany.

Prior to April 30, Hezbollah’s activities in Germany had been divided into two separate classifications. The military wing of the Lebanese Shia group was considered to be a terrorist organization while its political wing, part of Lebanon’s government, was permitted to operate. German authorities now accuse Hezbollah’s political organizations of providing financial support and propaganda to its military wing.

All Hezbollah activities are now described by German authorities as part of their “extremist wing.”. All Hezbollah symbols and publications are now banned outright during gatherings and for the German press.

The move raises concerns over the right of freedom of expression in Germany, as legitimate protests against Israeli policies could now be banned by declaring them antisemitic or pro-Hezbollah. Germany’s history means the government is understandably sensitive to antisemitism, which is often exploited by right-wing Israeli lobbyists who paint any opposition to Israeli policies as antisemitic.

The move means Germany is breaking with EU policy. The EU allows the free expression of Hezbollah’s political wing, similar to how Ireland’s terrorist group, the IRA, had its political wing in Sinn Fein.

The reclassification of Hezbollah will come as welcome news in Jerusalem and Washington DC. The US and Israelis had long pressured the German government to change its national classification. Israel’s Minister of Foreign Affairs Israel Katz said Berlin had taken “a significant step in the global fight against terrorism,” while the American Jewish Committee called the move a “welcome, much-anticipated, and significant German decision.”

The decision was much-anticipated as the immense lobbying power of Israel and the US had earlier success in changing Germany’s national policy. Israeli lobbying efforts in Germany generally attempt to paint criticism of Israel’s government as antisemitism. In 2018, German newspaper the Tageszeitung revealed a leaked letter sent to Chancellor Angela Merkel that showed Israeli lobbying efforts against critics, including the Jewish Museum Berlin.

Israeli Prime Minister Benjamin Netanyahu’s government was accused of pressuring Germany to revoke funding media and human rights organizations that opposed Israel’s right-wing government. Online Lebanese publication +972 verified the report and reported Israel’s opposition to the groups was based on the fact that “authors regularly accuse Israel of apartheid.”

While Israel actively attempts to silence German critics of Israel, it has remained quiet on the rise of Germany’s far-right. While the German ‘Alternative for Germany’ (AfD) Party would seem like a logical threat, Israel’s right-wing government has done little to stop it. The Times of Israel even published a piece praising the far-right movement.

Countries that ban both wings of Hezbollah are usually closely aligned with the US. Canada, Japan, GCC countries, and the Netherlands all ban the group while most of the rest of the world sees the political activities of the group as part of its role in Lebanon’s democratic government. French President Emmanuel Macron said “it was up to the Lebanese people to decide which political force should represent them, not external powers”.

Read also: World on the Brink: A Window to Right Global Wrongs