In a positive sign for summer tourism, the three North African countries are included on the initial list proposed by Brussels. 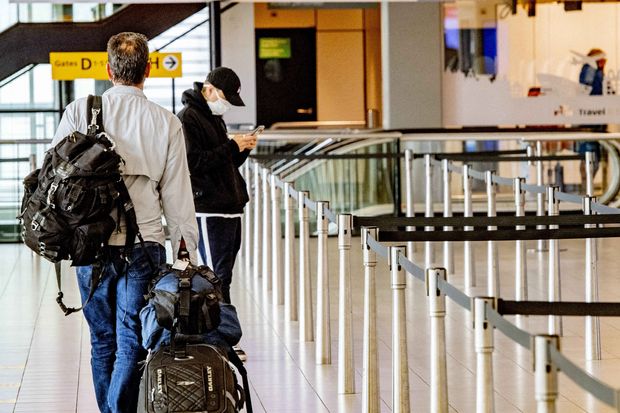 On Friday evening, officials met in Brussels to continue discussions on the list of approved countries the 27 member states of the European Union will reopen their borders to on July 1.

Among the fourteen countries currently listed are Algeria, Morocco, and Tunisia. All three countries have large diaspora communities in Europe, members of which regularly travel back to the Maghreb during the summer period. With Eid al-Adha fast approaching, the possibility of passing the celebration with family will no doubt be a source of joy for many in both Europe and the Maghreb.

The EU deemed key European partners including the United States, Russia, and Turkey, not to have the virus sufficiently under control and excluded them from the list. Chinese visitors will be authorized to visit Europe on the condition that China opens its borders to European citizens.

European states will officially adopt this list, which remains subject to modification, on Monday.

Tourism in the Maghreb

Tourism is of vital importance to the economies of Morocco and Tunisia with the industry accounting for approximately 20% and 15% of GDP in 2018, respectively. In 2019, Morocco welcomed a record-breaking 13 million visitors.The vast majority of tourists who visit Morocco and Tunisia are European.

By contrast, tourism remains relatively underdeveloped in Algeria. Last year 2.5 to 3.5 million people visited Algeria, but the majority, according to the tourism ministry, were Algerians living abroad.

Prior to COVID-19, Algeria announced plans to increase tourism to the country. The country hopes to welcome five million tourists per year by 2025, focusing on wealthier visitors seeking out luxury experiences and adventure tourists. The country also plans to expand the port in Algiers to allow for cruise ships to dock and to develop at least one resort along the Mediterranean coast.

Under the country’s plans to expand tourism, which will target both European travelers and those from further afield including the United States, China, and Canada, tourism’s share of GDP will triple to 4.5% by 2025. This remains considerably less than the contribution tourism makes to the GDP of Morocco and Tunisia.

Uncertainty remains for Moroccans and Algerians

Whilst Tunisia reopened its borders earlier today, Morocco and Algeria are yet to confirm a reopening date. Like Tunisia, both countries closed their borders in mid-March in an attempt to stop the importation of the virus from abroad. The state of emergency declared in Morocco, as a result of coronavirus, is in place until at least July 10.

While Morocco has yet to make an official announcement, Bladi reports that British Ambassador to Morocco Thomas Reilly tweeted earlier this week the borders would reopen on July 10. The tweet is no longer available.

Moroccan sources have indicated that the borders are likely to reopen after the 10th, however no date has been set.

There has been no indication from the Algerian government as to when its borders will reopen to tourists.