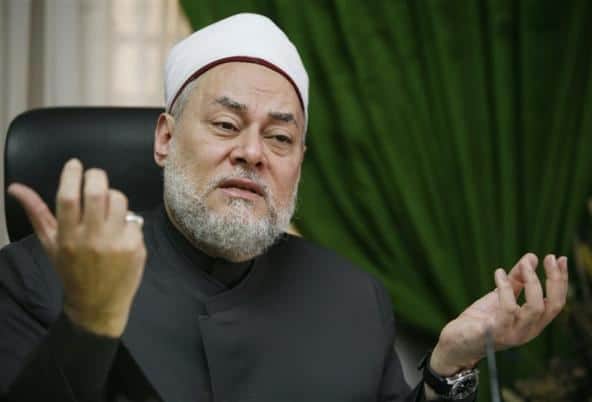 The former grand mufti of Egypt, Ali Gomaa appeared on Egyptian television-network CBC to make a controversial statement this week.

Drinking alcohol does not invalidate a Muslim’s fast, the cleric stated. The statement was in direct opposition to centuries of Islamic teachings that ban the use of alcohol for recreational purposes.

“Does it make any sense to tell someone they can’t fast because they drink?” Gomaa asked, “what we ought to say is that when fasting, do not drink alcohol. We should encourage righteousness, shun evil and avoid judging.”

Alcohol consumption in the Middle-East

Although Gomaa’s statements are controversial, the drinking of alcohol is fairly common in a number of Muslim countries. Turkey produces and consumes large quantities of Raki, its own strong liquor, while north-African countries like Algeria and Morocco have flourishing wine industries.

As lockdowns came into force because of COVID-19, Morocco labeled its liquor stores as ‘essential’ businesses and only closed alcohol vendors ahead of the holy month of Ramadan.

A history of controversial statements

Ali Gomaa, who served as Egypt’s 18th grand mufti from 2003 until 2013, has a history of making statements that are either controversial or in direct opposition to Islamic religious teachings.

The cleric is considered a senior member of the religion, holding the power to issue fatwas which are non-binding but constitute official Islamic religious judgments.

In 2017, Gomaa issued a fatwa declaring that tattoos were permissible for women because modern methods of tattooing do not draw blood or inflict much pain. Men, however could not have tattoos as “for boys, it is like a boy putting on lipstick or nail polish, the practice imitating women and that is forbidden in Islam,” the cleric told the Egyptian Independent at the time.

In the same year, the cleric raised eyebrows over another set of controversial statements, this time targeting the state of Qatar. Tensions in the Gulf state had led to the Gulf crisis and the cleric predicted Qatar would be destroyed within two years. The cleric had survived an assassination attempt only a year prior and he is close to Egyptian president Al-Sisi.

Within Egypt he called on the state to shoot protesters in 2013, saying “”Shoot them in the heart. Blessed are those who kill them.”

In the statement preceding the 2013 massacre of 1,150 protesters following the military coup, he continued: “We must cleanse our Egypt from these riffraff… they are hypocrites and seceders.”

On April 13, Ali Gomaa appeared on Egyptian television where he propagated a conspiracy theory that has seen 5G towers lit on fire in the UK and the Netherlands. The cleric claimed 100,000 satellites had been launched into space in order to introduce 5G technology, and that the technology “caused additional disruptions in the electromagnetic field, which have made the atmosphere hospitable for the spread of these viruses.”

Although it is true that the coming 5G technology will eventually require more satellites to make the technology available to self-driving cars and smart cities, this technology is not currently active.

The launch of a 100,000 satellites would also not have gone unnoticed as, on average, fewer than 1000 satellites are launched each year, according to EuroConsult. The non-existing link between electromagnetic fields and the rise of a zoologic virus is only posed in youtube conspiracy videos.