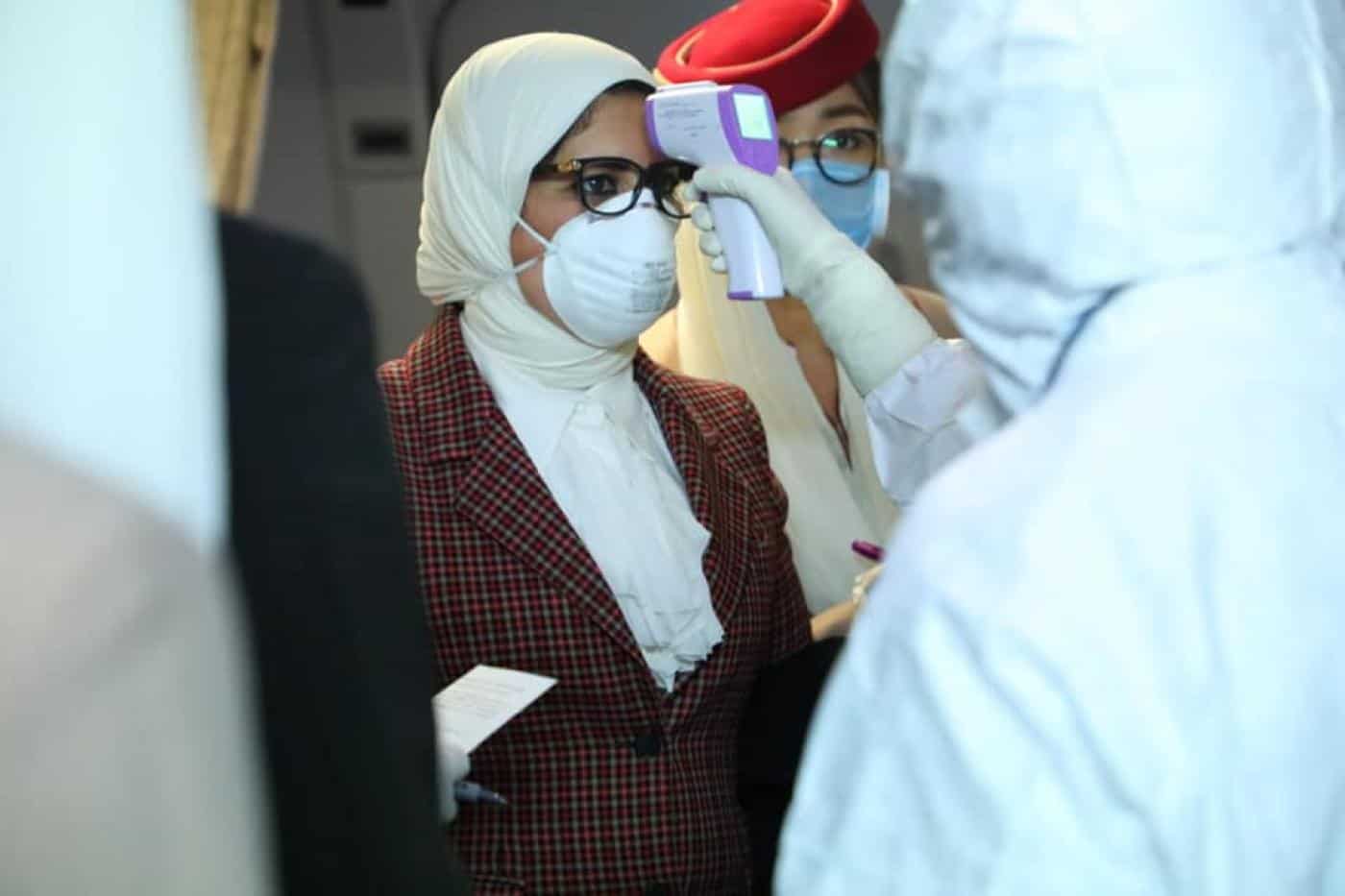 On March 1, Egyptian Health Minister Hala Zayed stepped off a plane onto Chinese soil. She had come to express support for the country’s people as their COVID-19 epidemic was starting to come under control, with the curve of infections flattening.

Zayed’s delegation, initiated by Egyptian President Abdel-Fattah al-Sisi, brought with it Egypt’s second shipment of medical supplies for China. The health minister returned home with 1,000 thermal detectors that had become crucial to China’s monitoring efforts. Since the start of February, Egypt had sent 10 tons of aid to China in the form of masks and disinfecting alcohol.

A projection of the Chinese flag marked Egypt’s most famous historic sites during Zayed’s visit. The Citadel of Salah El-Din in Cairo, the ancient Luxor Temple complex, and the Philae Temple all lit up with the flag’s gold and yellow. The show of support intended to demonstrate the “appreciation of the distinguished ties between China and Egypt,” according to Egypt’s Supreme Council of Antiquities.

The Egyptian support likely made little impact on the centralized large-scale Chinese efforts to combat the virus, but the Chinese noticed the gesture. In a March 23 phone call with Chinese President Xi Jinping, Al-Sisi had praised Chinese efforts and emphasized Egyptian hopes for further cooperation in aid and future trade.

Nearly a month after Egypt and China’s leaders spoke on the phone, the tables have turned for both countries. While China is slowly easing restrictions on its population, Egypt is in the midst of its own COVID-19 outbreak. Egypt’s reported cases passed 3,000 last week. The number now stands at 3,490, with 264 reported deaths.

The Chinese are now in the position to provide a helping hand. On April 16, Chinese Ambassador to Egypt Liao Liqiang and the under-secretary of Egypt’s health ministry met at Cairo International Airport to welcome one of many shipments of Chinese medical supplies intended to help Egyptians.

In the absence of global solidarity between rich and poor countries, many developing countries have resorted to bilateral cooperation in order to assist one another. The example of Chinese-Egyptian mutual support is just one on a long list of successful cooperative efforts. In the early phases of the COVID-19 crisis, China received many calls of support from its Middle Eastern and African trade partners.

Several media outlets from Western nations have labeled China’s efforts a public relations campaign, but their own countries have little to offer in terms of practical assistance. While some look upon China’s acts with distrust and suspicion, the lives saved through China’s provision of protective gear and testing kits do leave a practical and long-lasting impression at a moment when many countries do little but cast blame on China to divert attention from their own failings in handling the pandemic.

China is now returning an outpouring of support in kind, sending airliners filled with medical supplies to many countries where other prominent geopolitical powers have offered little in the form of support. How much of an effect the bilateral band-aids can provide in the absence of a global consensus on solidarity and shared responsibility remains to be seen.