Health authorities from Wuhan, the city at the center of the COVID-19 outbreak, revised the city's virus death toll on Friday with a 50% increase. 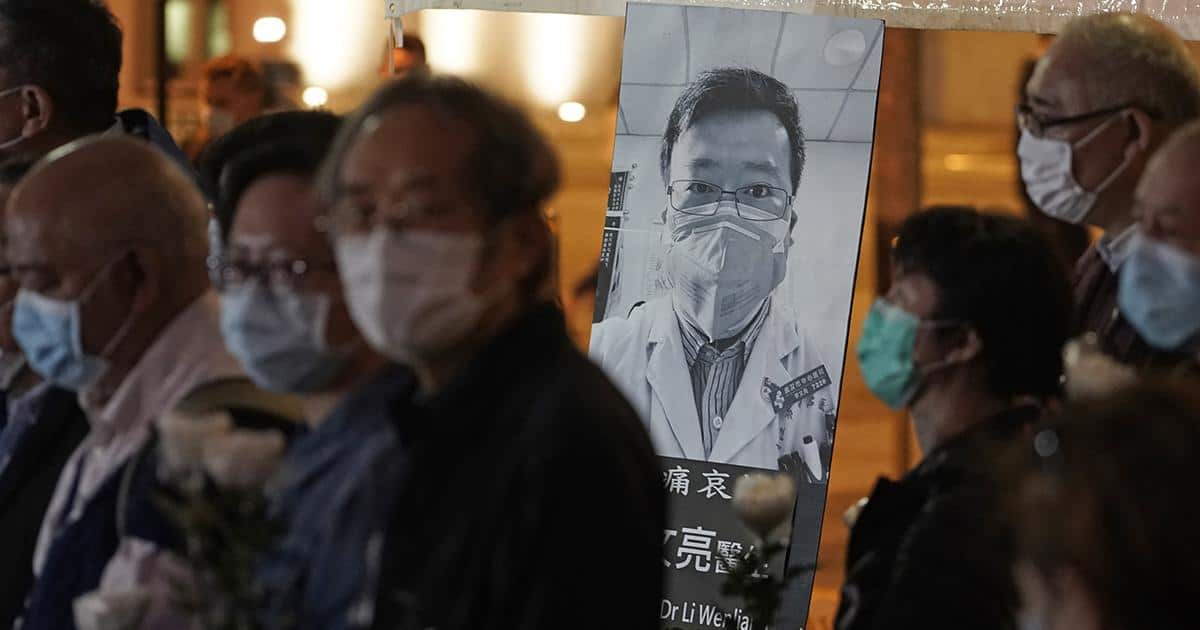 An additional 1,290 people died from the novel coronavirus in the Chinese epicenter of the disease, according to new data released by Wuhan officials on Friday.

The revised tally raises the number of confirmed cases in Wuhan to 50,333 and the death toll to 3,869. The new figures on COVID-19 in Wuhan are 50% higher than previously reported.

Chinese authorities are blaming the virus’ rapid spread and an overwhelmed hospital system for the misreporting. Chinese Foreign Ministry spokesman Zhao Lijian sought to downplay the undercounting saying, “there has never been any concealment, and we’ll never allow any concealment.”

Wuhan released the new data against a background of rising criticism from Western powers over China’s handling and reporting of the disease.

An editorial in the State-run Chinese daily the Global Times about the “responsible correction” said, “some in the West spared no effort in hyping this speculation.”

Western leaders plagued by astronomical death tolls in their own countries originally praised the Chinese disease response, but have been highly circumspect in recent days.

“Let’s not be so naive as to say [China’s] been much better at handling this.”

“There are clearly things that have happened that we don’t know about,” Macron said.

“We’ll have to ask the hard questions about how it came about and how it couldn’t have been stopped earlier,” said UK’s Acting Prime Minister and Foreign Secretary Dominic Raab on April 16.

The United Kingdom’s virus figures have also come into question after they were revised on April 14 to include infections and fatalities recorded in the country’s nursing homes. The Office for National Statistics’ (ONS) inclusion of non-hospital deaths raised Britain’s nationwide novel coronavirus death toll by 15%.

On the same day in the United States, New York City’s death toll shot up dramatically after authorities corrected it to include “probable” COVID-19 fatalities. The addition of 3,778 “probable” deaths to the 6,589 previously confirmed COVID-19 deaths pushed the city’s disease fatalities over the grim 10,000 mark on Tuesday.

US President Donald Trump has been vicious in his criticism surrounding COVID-19 information shared by China and the World Health Organization, prompting him to cut US funding to the latter on April 15.

“Do you really believe those numbers in this vast country called China?” Trump said in a Thursday press briefing.

The president went on to laud the United States’ reporting on what he has often called the “China virus,” boasting, “we report everything, we’re reporting the cases and our reporting is good.”

COVID-19 has spread rapidly, overwhelming even the world’s best developed and prepared health systems such as those of France and the United Kingdom. Testing inefficiencies and overwhelmed health authorities mean that under-reporting is likely to remain a feature of the coronavirus pandemic for some time to come.

Rubbery figures will continue to be bandied about, and the most recent controversy around China’s reporting simply highlights the slippery nature of statistics and data.

Given the sheer scale of the pandemic, the world is unlikely to have accurate numbers on coronavirus infections and deaths for some time to come, if ever.