The claims about the new device may be part of the IRGC’s damage control measures after Iranian forces shot down a Ukrainian civilian aircraft. 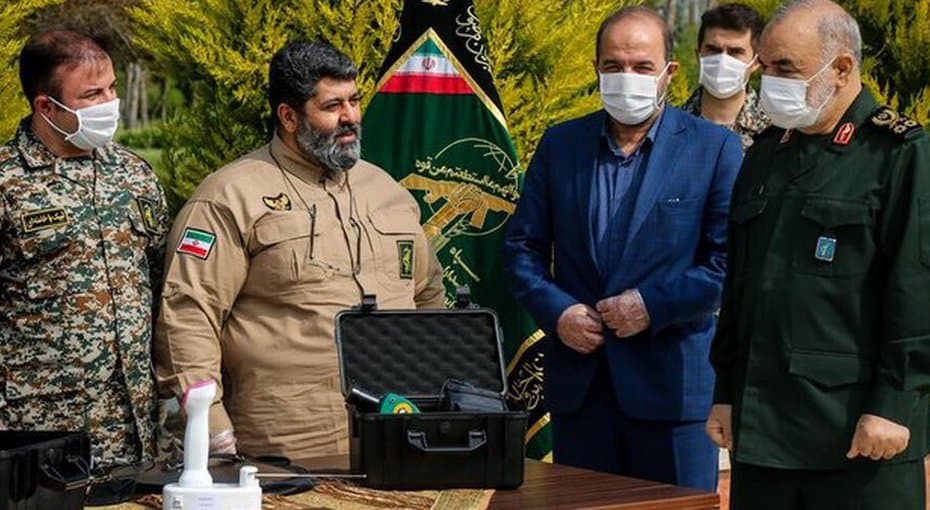 Commander of Iran’s Revolutionary Guards (IRGC) Hussein Salami said on April 15 that the IRG has manufactured a smart device, the first of its kind in the world, that can detect the novel coronavirus almost instantly.

The device, called Mosta’an, “can detect people infected with the virus or contaminated surfaces within 100 meters in just five seconds, by directing an antenna connected to the device towards the affected point,” Salami said.

Mosta’an works by “creating a magnetic field and using a bipolar virus inside the device,” according to the commander.

“The innovative system can do this without the need to draw samples from the blood of patients, and it has been tested in different hospitals and showed positive performance in 80 percent of cases,” he claimed.

#Iran #IRGC unveils a new device said to be capable of real-time detection of #coronavirus in human body. The equipment, which is domestically-built uses magnetic field to detect the virus, eliminating need for blood test. It can detect infection within 100 meter range. pic.twitter.com/eZQhCVoOJ9

Because detecting COVID-19 is only possible through samples from the body of the infected person, the announcement about the device prompted mockery on social media for its inconsistency with scientific contexts.

Their “smart Covid-19 detector” bears an uncanny resemblance to three fake bomb detector tools, sold by four British fraudsters more than a decade ago, which ended up in conflict zones and were used by a number of governments around the world pic.twitter.com/moE0F3gaEU

Immediately after the announcement, Iranians ridiculed Salami’s claims, saying that the authorities in their country are known for making dubious allegations of scientific and military breakthroughs without any basis.

According to the Independent, Egyptian authorities claimed to have invented a similar device in 2013. The device could allegedly detect hepatitis and AIDS without taking a blood sample from the patient and then kill the virus using electromagnetic waves.

The Independent also drew parallels between the Mosta’an device and the fake bomb detectors a British man sold to Iraq, Saudi Arabia, Thailand, and other countries.

The conman, James McCormick, made $62.47 million from selling the counterfeit equipment before investigations found that the $5,000 bomb detectors were actually novelty golf ball finders.