Spanish police announced the arrest of “one of Europe’s most wanted ISIS foreign fighters” on Tuesday. 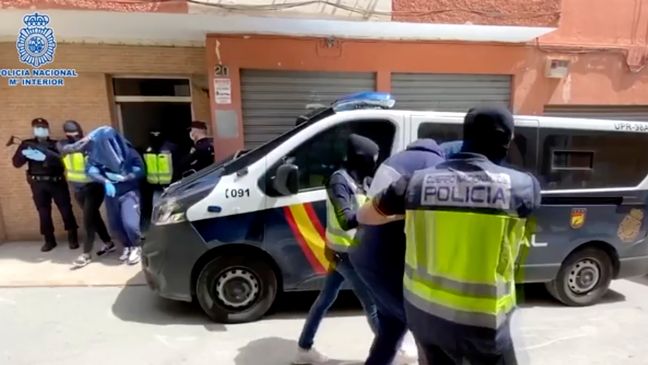 Spanish police raided on an apartment in the Andalusian city of Almeria and arrested three people, including an Egyptian national suspected to be Abdel-Majed Abdel Bary, late on April 21.

“The detained man spent several years in the Syria-Iraq area and presents peculiar personality features such as an extremely violent criminal profile which caught the attention of police and intelligence services in Europe,” Spain’s National Police said in a statement.

The Egyptian national, thought to be ISIS fighter Abdel Bary, was considered a major threat by Spanish police “both because of his criminal trajectory in the ranks of Daesh (Islamic State) and because of the high danger that he represented.”

It is believed that the trio transited through North Africa to reach Spain where they holed up in a rented apartment amid the COVID-19 lockdown.

“The detainees adapted their behavior to the circumstances of the ‘state of alarm’ as a consequence of the Covid-19 pandemic, making few exits, separately, and always with masks to avoid being detected,” a police spokesperson explained.

Police said they are still trying to verify the identity of the two other detainees and what they were doing with the Egyptian national. Security services are yet to determine if the duo are fellow returned foreign fighters, were providing “security and logistical support for entry into Europe,”or planning fresh terrorist attacks against Spanish targets.

All three men are expected to appear before the National Court in Madrid court on Wednesday, an anonymous court spokesman told the media.

Abdel-Majed Abdel Bary grew up in Maida Vale, London and had a brief rap career before leaving the UK after his Egyptian father was deported to the US to face terrorist charges relating to the bombing of US Embassies in Africa in 1998. It is believed he became radicalized around 2012, when his father was sent to trial in the US. The young man then left the UK to join ISIS in Syria sometime between 2013 and 2014.

From 2014 onwards, Abdel Bary appeared in gory ISIS propaganda, brandishing the head of a dead soldier in one photo posted to Twitter.

UK Islamic Radicalization expert Shiraz Maher told the Associated Press Abdel Bary had become disillusioned with ISIS in recent years and “dropped off the radar,” but should still be prosecuted for his crimes

“He was a member of ISIS and clearly participated in all kinds of horrors the group was involved in and should face punishment for those crimes,” said Maher, who works at Kings’ College London.

“At this stage, he is more likely to be someone who was trying to save himself in Spain,” he added.

Around 400 people suspected of being returned foreign fighters have been arrested by Spanish security services since 2012.