Tunisia Has “No Choice” But to Turn to IMF, as Drought, COVID-19 Hit Economic Growth Hard

Reduced trade and tourism due to novel coronavirus (COVID-19), and poor agricultural sector production are dragging Tunisia’s economy down, but the global oil price drop may be a silver lining. 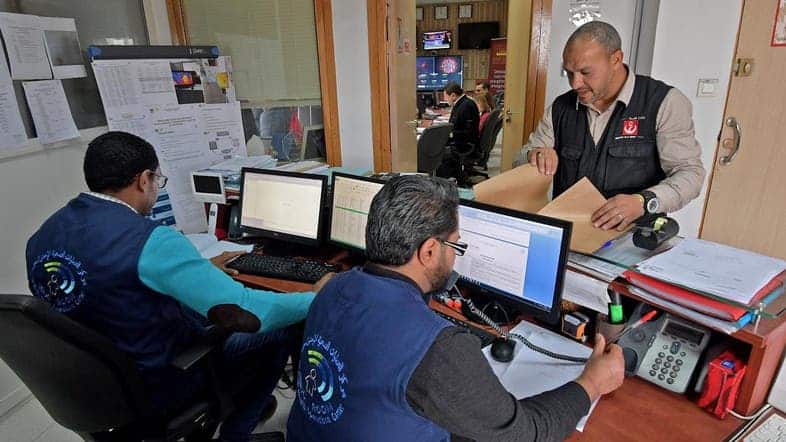 Tunisia’s Prime Minister-designate Elyess Fakhfakh told local newspaper El Maghreb on Sunday that economic growth was expected to reach just 1% this year, down from the 2.7% growth rate predicted in the national budget.

The impact of the novel coronavirus was responsible for a half a percentage point reduction in growth, Fakhfakh said.

Fakhfakh did not go into further detail about the forecast cut, but it is most likely driven by a retraction in trade with Italy, China, and France.

Vice President of the National Chamber of Commerce Maher Ben Issa told Tunisie Numerique that the country’s economy is heavily reliant on trade with Italy, France, and China, with commercial transactions with those three countries responsible for 60% of trade.

In the last two months since the coronavirus outbreak, trade with Italy and France dropped by 30 million ($10.7 million) and 40 million ($14.27 million) dinars respectively, Ben Issa explained. Given it takes two months for goods to travel between China and Tunisia, he also predicted the true impact in Tunisia-China trade would be felt from March onwards.

Around nine million tourists visit Tunisia each year bringing in valuable foreign currency and revenue that accounts for about 8% of the country’s GDP. Travel restrictions and fears around COVID-19 threaten to derail the entire sector.

In light of these developments, Fakhfakh, who managed to form government just two weeks ago, said “we have no other choice,” than to forge ahead and negotiate a new IMF deal.

The current deal, a $2.8 billion loan package brokered in 2016, ends in April. Negotiations about the sixth tranche of the package stalled while the Tunisian parliament struggled to form the government after the October elections left it deeply fragmented.

Tunisia needs to borrow $3 billion from international lenders to service its 2020 spending commitments. Talks about the sixth installment have restarted but aren’t moving quick enough for Fakhfakh’s liking. “We will lose a lot,” he said, if the “IMF delegation does not visit Tunisia until March 20.”

On the upside, the slump in global oil prices may be the coronavirus outbreak’s silver-lining for Tunisia’s economy and the national budget. At present, L’Economiste Maghrebin reports hydrocarbon subsidies account for 45% of the 2020 national budget, equivalent to 8.9% of the national budget or 3.3% of GDP.

Tunisian economiste Ezzeddine Saidane said the government could greatly benefit from the drop in crude oil prices. The 2020 budget estimated crude oil prices at $65 a barrel, but reduced demand from coronavirus and increased production by Saudi Arabia have caused it to drop dramatically.

On Wednesday Brent Crude Oil had recovered to $38.84 a barrel, up from a low of $34.36 a barrel on Monday. Buying crude oil at the lower price would make way for significant budget savings on hydrocarbon subsidies and reduce pressure on the Tunisian government to roll-back fuel spending.