Protests against institutional racism in the United States, triggered by the death of George Floyd, are meeting state violence and media sensationalism. While US presidents commonly try to bring people together during such moments of national unrest, President Donald Trump used his May 2 speech to decry “an angry mob,” saying that the “biggest victims are peace-loving citizens in our poorest communities.”

Trump promised to “fight to protect you, I am your president of law and order and an ally of all peaceful protesters,” before describing the anti-racism protesters as “professional anarchists, violent mobs, arsonists, looters, criminals, rioters,” and “Antifa.” The US president blamed the death of two protesters on “dangerous thugs,” a racially charged term for black men.

US media networks have been busy building the narrative that racism and police brutality are bad, but that violence during protests is even worse. Governors, mayors, and public figures have urged people to stop protesting and “allow justice to be done.” But it appears to be exactly the absence of justice in so many cases of police brutality that are spurring protesters to continue.

Anyone that watches American television is left with the impression that the country is on fire. Images of burning buildings, violence, and the few instances of looting are played over and over while the mainly peaceful protests go under-reported. US media and politicians appear to have settled on a playbook of decrying George Floyd’s death with numerous superlatives, followed by highlighting cases of violence as justification to halt peaceful demonstrations.

As per usual, Donald Trump’s reactions are less subtle than most. He called for increased state violence and for governors to “dominate” those exercising their constitutional right to freedom of speech and addressing their grievances to the government. Trump announced he is “taking immediate action to stop the violence and restore security and safety in America.”

While Trump applauded the mainly-white protests against COVID-19 measures in April, the current protests will face the full mobilization of “all available federal resources, civilian and military.” Trump is now pressuring governors to deploy the National Guard, a branch of the military, against protesters in order to “dominate the streets.”

An increase in security forces is unlikely to deescalate protests, as police have often been the source of violence. US police forces are overwhelmingly treating protesters as “the enemy” due to years of a militarization of US law enforcement. Heavily armed police officers in riot gear have been wrongly trained to escalate situations and use violence, according to an analysis provided by The Conversation.

“There was a time when the playbook was much more straightforward. The police would meet with the organizers of the protest, and they would lay out ground rules together that would provide for an opportunity for protesters to do exactly what they have a right to do,” Ronal Serpas, a former police chief and professor of criminology told The Marshall Project.

Nobel prize-winning economist Paul Krugman called Trump’s strategy “weaponized racism” in a New York Times opinion piece on Monday as it appears Trump is pitching America’s white and Black populations against each other. The Boston Globe highlighted how Trump ignores racism and police brutality as he fuels unrest between different segments of US society.

Donald Trump appears to see the protests as an electoral winner. The unrest distracts from the 105,192 dead Americans due to COVID-19 and energizes racist elements in his base of support.

By filling his supporters’ minds with fear of racial unrest and burning businesses, he appears to want to trigger the anxiety and fear that too often drive some conservative voters.

With the current de-facto state of martial law featuring soldiers on the streets and political opponents labeled “terrorists,” Trump slowly appears more like the dictators he praises on a regular basis. 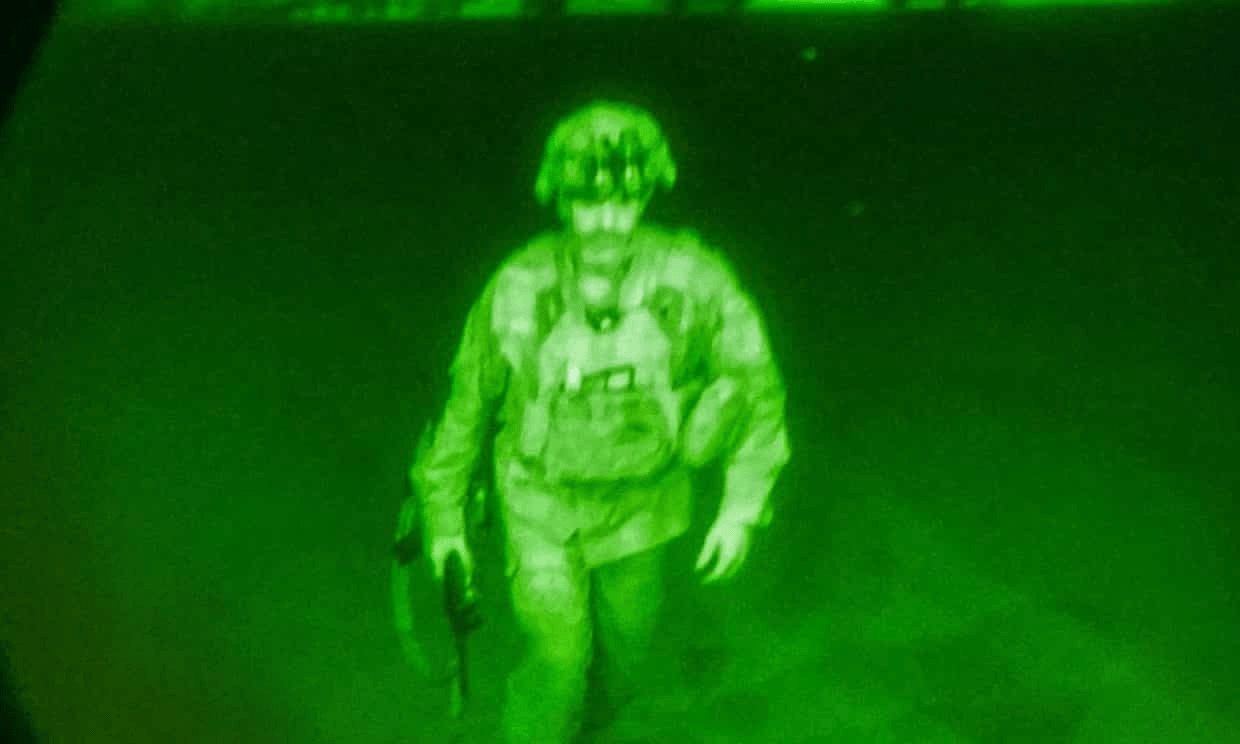