Syrian Refugees in Danger on Greek Island of Lesbos

As a migrant center is set ablaze this weekend, tensions between locals and refugees intensify. 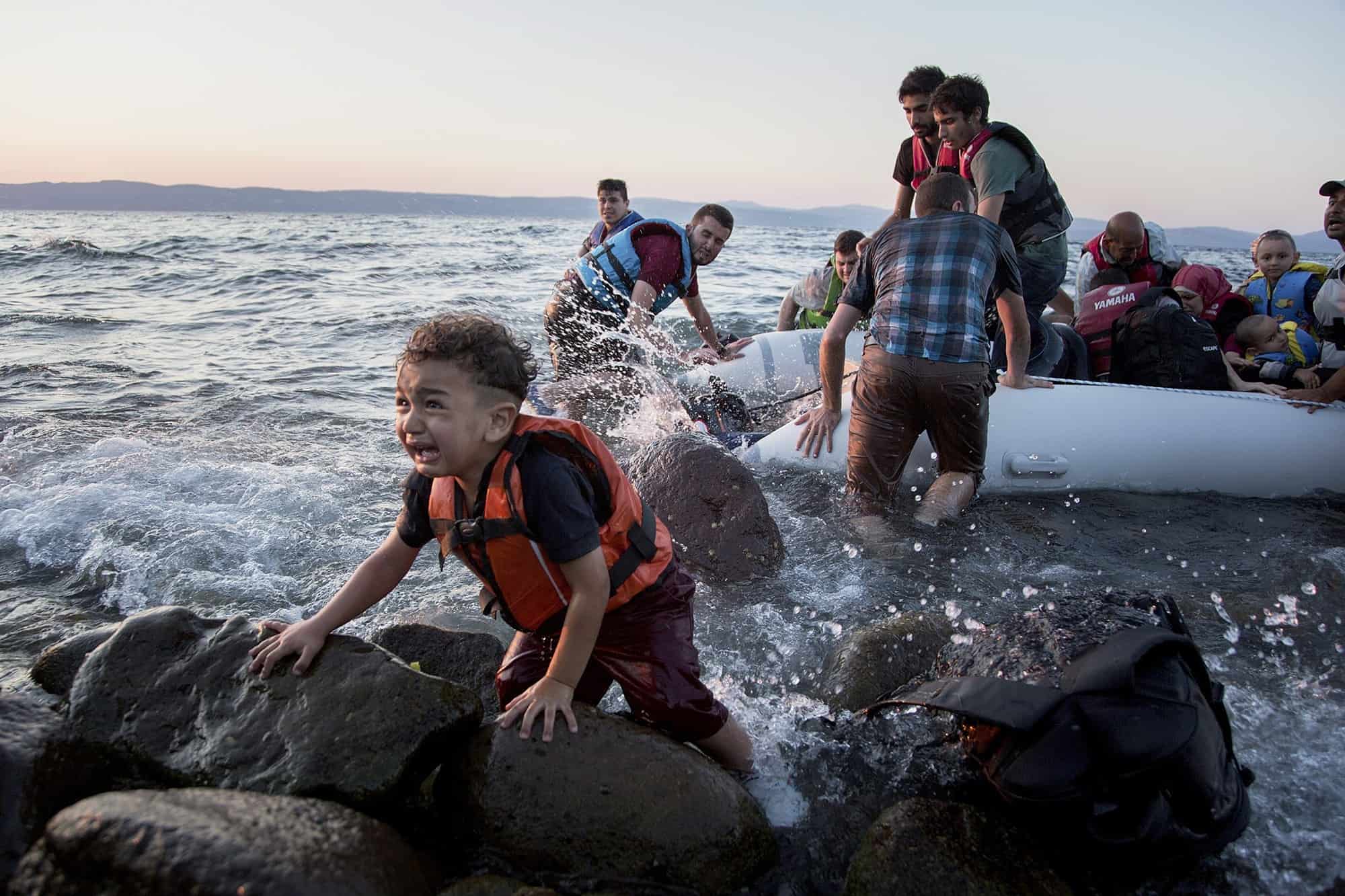 In the context of Turkey’s recent move to ‘open their borders’ for refugees, anti-immigrant sentiment is reaching a peak.

The One Happy Family migrant center, built by volunteers and refugees on the Greek island of Lesbos, went up in flames this weekend, as international developments fuel anti-migrant resentment.

The two-year-old community center, supported by a Swiss non-profit, aimed to “give a measure of dignity and self-determination back to the thousands of people which are stuck on Lesvos,” according to the organization’s website.

The building suffered severe damage, although no injuries have been reported, according to AFP.

The event joins a long list of violence against refugees over the last weeks, as European far-right extremists capitalize on Greek economic hardships, religious intolerance, and online propaganda to incite local resentment and xenophobia.

The Greek island of Lesbos, situated off the coast of Turkey, is increasingly feeling the effects of Turkey’s recent opening of its borders.

Turkish President Tayyip Erdoğan’s statements on the matter appeared tailored to force European governments, many of whom have made immigration a primary electoral issue, to the negotiating table.

The Greek government, in turn, responded in a manner deemed ‘inhumane’ by Amnesty International.

“The government has also temporarily suspended the registration of asylum claims and said it will deport anyone who enters irregularly, without examining their cases. This is a violation of Greece’s responsibilities under the 1951 Geneva Convention on Refugees, the NGO stated.

As the situation worsens, European extremists are poised to be the only beneficiary of recent tensions. Images of refugees at the Greek border are instantly converted into right-wing propaganda, painting innocent victims of conflict as foreign invaders.

Not since the 1940s has Europe seen such widespread xenophobia and religious intolerance, encouraging racist and fascist organizations across the continent to head to Europe’s borders.