A post offering a Nigerian domestic worker for sale on Facebook has caused outcry and led to the arrest of a Syrian man in Lebanon. 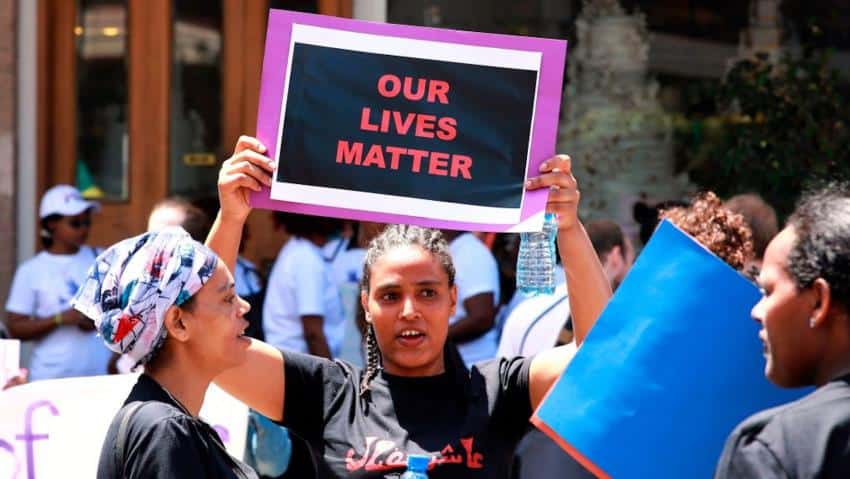 The post was quickly picked up by human rights activists and fellow Nigerian social media users who shared the post with Lebanese authorities and reported the situation to the Nigerian Embassy in Lebanon.

The General Directorate of Lebanese General Security said on Twitter that they had arrested a Syrian man ‘WJ’ (Wael Jerro) in connection with the social media posts on Thursday.

Advertising humans for sale online is against Lebanon’s people trafficking legislation, and that anyone doing so will be prosecuted, the General Security tweet emphasized.

Lebanon’s Justice Minister Marie-Claude Najem called the incident a, “blatant violation of human dignity” and called for the perpetrators’ arrest on April 22.

Four Nigerian women have reportedly been ‘rescued’ from Lebanon already this year, according to the county’s National Agency for the Prohibition of Trafficking in Persons (NAPTIP), who reacted angrily to the latest case.

“The government is very angry,” said Julie Okah-Donli, director-general of the NAPTIP. “The Lebanese government should prosecute him and rescue other girls that have been sold or [are] about to be sold into slavery.”

On Thursday, the CEO of the Nigerian’s in Diaspora Commission Abike Dabiri-Erwa congratulated the Nigerian Embassy in Beirut for “swinging into immediate action” and welcomed Jerro’s arrest. The Embassy has demanded the woman be returned to them “unconditionally and in good health” when located.

Peace Ufuoma’s case comes less than a month after the suspicious death of Ghanian domestic worker Faustina Tay in Beirut. Tay was found dead in the car park of her employers’ apartment building, on March 14.

The forensic doctor who examined her body declared the death of suicide. In the days leading up to her passing, the 23-year old had sent dozens of texts and voice messages to her brother and Canadian NGO ‘This is Lebanon’ detailing physical abuse at the hands of her employers. In one voice message to This is Lebanon, Tay said, “I’m scared. I’m scared; they might kill me.”

Her employer Hussein Dia, denied Tay’s claims that he had beat her and told Al Jazeera that he had, “never laid a hand on her.” The evidence of Tay’s voice and text messages, however, prompted Lebanon’s labor ministry to launch an investigation into her employment conditions which lead to the employer being blacklisted.

“It’s our duty to look into these cases and investigate with the employer and agent, even as the public prosecutor investigates at the same time,” said Labour Minister Lamia Yammine.

Approximately 250 000 foreign domestic workers, primarily from Sub-Saharan Africa but also from the Philippines and Nepal, reside in Lebanon under the country’s controversial kafala system. Under the sponsorship system which activists equate to “modern-day slavery,” employees can only leave a contract if the employer agrees.

Lebanon’s labor ministry has said it is looking to amend laws to make conditions safer for domestic workers. However, with the country now facing the dual crises of coronavirus and economic turmoil, it remains to be seen if action will be forthcoming.

The difficult economic conditions could potentially lead to a deterioration in conditions for workers as Lebanese citizens struggle to withdraw cash from local banks and cash flow is further interrupted by COVID-19 curbs.