Anti-smoking campaigners have accused tobacco companies of having outsized influence over tobacco-related legislation. 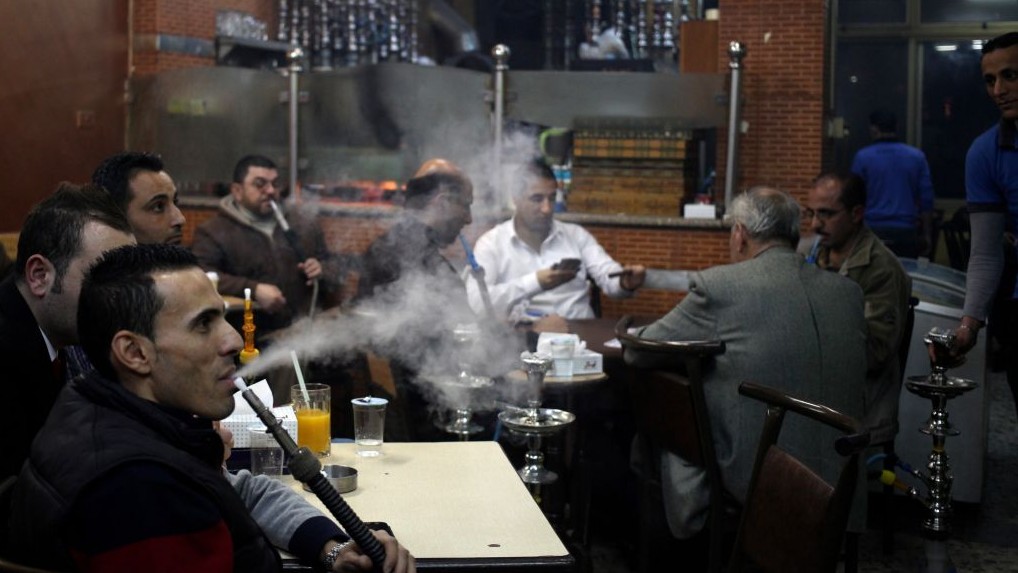 A 2019 survey by the Jordanian government and the World Health Organization (WHO) has revealed that over eight out of 10 men in Jordan regularly use nicotine products, the highest smoking rate in the world. This translates to male smokers consuming an average of 23 cigarettes per day.

Nicotine products include e-cigarettes and vaping devices but the market for these products remains relatively small in Jordan. Alternative smoking devices are used by only 14% of men, and 66% of all men in Jordan continue to smoke cigarettes. The survey also found that 17% of Jordanian women smoke.

The survey that revealed Jordan has the highest rates of smoking in the world found that unlike many other countries, Jordan’s smoking rates continue to grow. The 2019 survey found approximately 45% of young people had used some form of tobacco.

This continued growth of smoking has been attributed to an uptake among young women and the popularity of shisha. As earlier reported by Arabia Policy, studies have suggested smoking shisha for one hour can be as harmful as smoking 100 cigarettes. Experts do not expect to know the health impact of young people smoking until approximately 2030 when the population will reach 40 years old, the age when smoking related diseases begin to emerge.

Already known is the current cost of smoking to the economy, estimated to be approximately $2.27 billion per year due to adverse consequences. This outstrips the $1.27 billion that the Jordanian government economy receives in taxes and wages paid by tobacco companies.

The influence of big tobacco

Anti-smoking campaigners are concerned that tobacco companies wield unchecked influence over policy makers in Jordan and there are multiple reports of tobacco company representatives or lobbyists attending meetings where the details of legislation to curb smoking were debated.

Princess Dina Mired, the president of the Union for International Cancer Control in Jordan, reported industry representatives present at a meeting on tobacco standards argued against measures to reverse the alarming trend. Proposed measures concerned the size and composition of health warnings and the limitation of the graphics and colors permitted on the packages.

Tobacco companies, including British American Tobacco (BAT), Philip Morris International (PMI), and Japan Tobacco International (JTI), argue that attendance at meetings is standard practice and allows them to provide an industry perspective on the proposed laws.

In addition to their presence at debates on legislation, tobacco companies enjoy close relationships with parliamentarians and are celebrated for their work in the community. PMI recently paid to refurbish a school in an underprivileged area close to its factory’s location. The company also provided school supplies to children at 25 schools.

Philip Morris hit back at criticisms of its work in Jordan, saying, “It is saddening that even actions to improve the living conditions of people around our factory might be seen as a reason to attack us.” JTI claims that all of their corporate social responsibility work complies with local and international laws.

Despite concern over the rising rates of smoking in Jordan, the government sees the industry as a job creator, a particularly powerful image in a country with an unemployment rate of over 19%. This indicates it is unlikely the Jordanian government will adopt further regulation aimed at limiting the tobacco industry anytime soon.