As Iraq faces compounding crises, officials negotiate with the US for additional pandemic response funding. 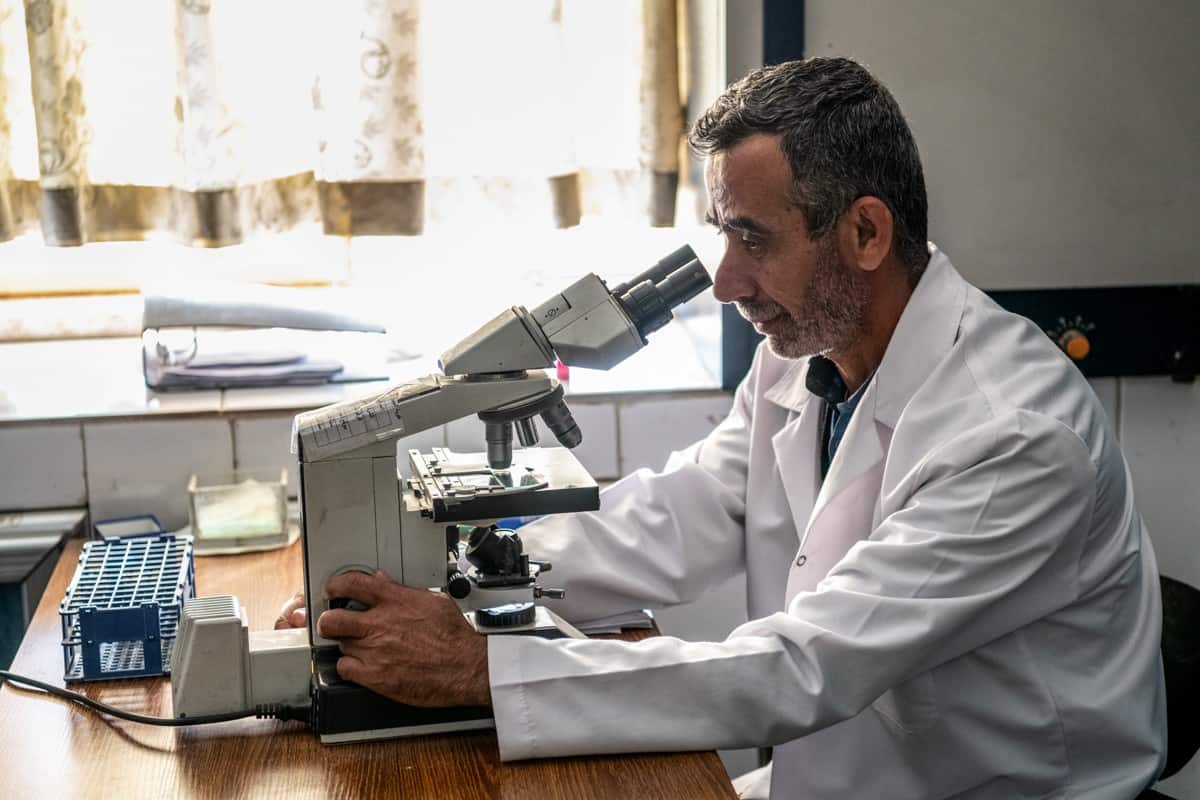 Iraq’s acting health minister confirmed his country is seeking more US aid to fight COVID-19, one day after the US secretary of state said the Iraqi parliament must put sectarianism aside and form a government.

Iraq is in the midst of a triad of crises. Record-low oil revenues have hit the economy hard, while the country’s ill-equipped health system struggles to deal with COVID-19, and its months-long political deadlock drags on.

The head of consultancy firm Eurasia Group’s Middle East and North Africa branch, Ayham Kahmel, summed up the gravity of the situation for Bloomberg on Wednesday writing, “the challenges facing the Iraqi state have become more acute since the beginning of 2020 and represent real risks to the stability of the state.”

Iraq looking for more US aid

In light of the country’s growing economic, health, and political problems, Health Minister-designate Jaafar Allawi confirmed it is negotiating more funding with the US.

“We have been promised by the United States government as part of this strategy between Iraq and the United States to help us financially,” Allawi said during a Wednesday online policy discussion held by the Washington Institute for Near East Policy.

“I think there is a team negotiating now, or in the process of negotiation, to get Iraq some support, financial support, from America,” he said.

Like his predecessors, Iraq’s third PM-designate, Mustafa Khadimi, has yet to come up with a viable cabinet after three weeks of political wrangling.

On Wednesday, US Secretary of State Mike Pompeo weighed in on the situation. Pompeo said he has been “watching closely,” telling Iraqi leaders to put the long-standing sectarian quota system aside, and give the Iraqi people the government they “need and deserve.”

“Iraqi leaders must put aside the sectarian quota system and make compromises that lead to government formation for the good of the Iraqi people, and for the partnership between the United States and Iraq,” he said in a press briefing on April 29.

“The Iraqi people need and deserve a government that frees the country from external intimidation, puts the prosperity of the Iraqi people first, and tackles the major challenges that continue to face Iraq,” Pompeo said.

The sectarian quota or “muhasasa” political system was introduced after the US occupation of Iraq in 2003 and divvies up parliamentary positions between the country’s major ethno-religious blocs. The power-sharing system, which many believe feeds into the country’s endemic corruption, was a key issue for protesters who took to the streets and eventually brought down the Iraqi government in December 2019.

US-held security concerns have put a strain on the relationship between Washington and Baghdad in recent months. The secretary of state had previously said he was “enormously disappointed” with Iraq for not providing adequate protection to US troops or doing enough to control the Iran-backed militias it blames for recent attacks.

Pompeo reiterated calls for the Iraqi government to “heed the call from many elements of Iraqi society to bring all armed groups under state control,” adding that the US welcomed “steps that have been taken in the past days in that direction.”

The US’ top Middle East diplomat, David Schenker, touched on Iraq-related security concerns in a briefing earlier in April, saying, “we still see a significant threat to U.S. personnel and forces, military forces in Iraq and that persists.” The US assistant secretary for Near Eastern affairs praised Khadimi in the same briefing, predicting his leadership “would be great for Iraq, and I think it would be great for our bilateral relationship.”

Middle East and North Africa consultant Ayham Kahmel agrees that Khadimi has what it takes to form a government, saying he is “well positioned to win confidence from the key political and sectarian blocks in parliament, and therefore succeed in forming a relatively reformist government.”

“However, this is far from a slam dunk as the list of obstacles and complications in Iraq’s political system are endless,” Kahmel warned.

The raft of hurdles facing Khadimi, if he can overcome the country’s crippling deadlock, are seemingly endless according to the Eurasia Group representative.

“A shrinking revenue pie due to low oil prices will prove to be the most destabilizing factor over the next 12-18 months. Irrespective of who is leading the government, a large drop in revenues combined with rampant corruption is bound to create problems,” he added ominously.

The clock is ticking on Khadimi’s attempt to form a government and, following Pompeo’s Wednesday remarks, it is clear the world is watching his progress. If parliament fails to accept his cabinet, Iraq’s government may go the same way as oil prices, and collapse.