Facebook and telecom heavyweights from three continents have joined forces to deliver better internet for rapidly growing markets in Africa and the Middle East. 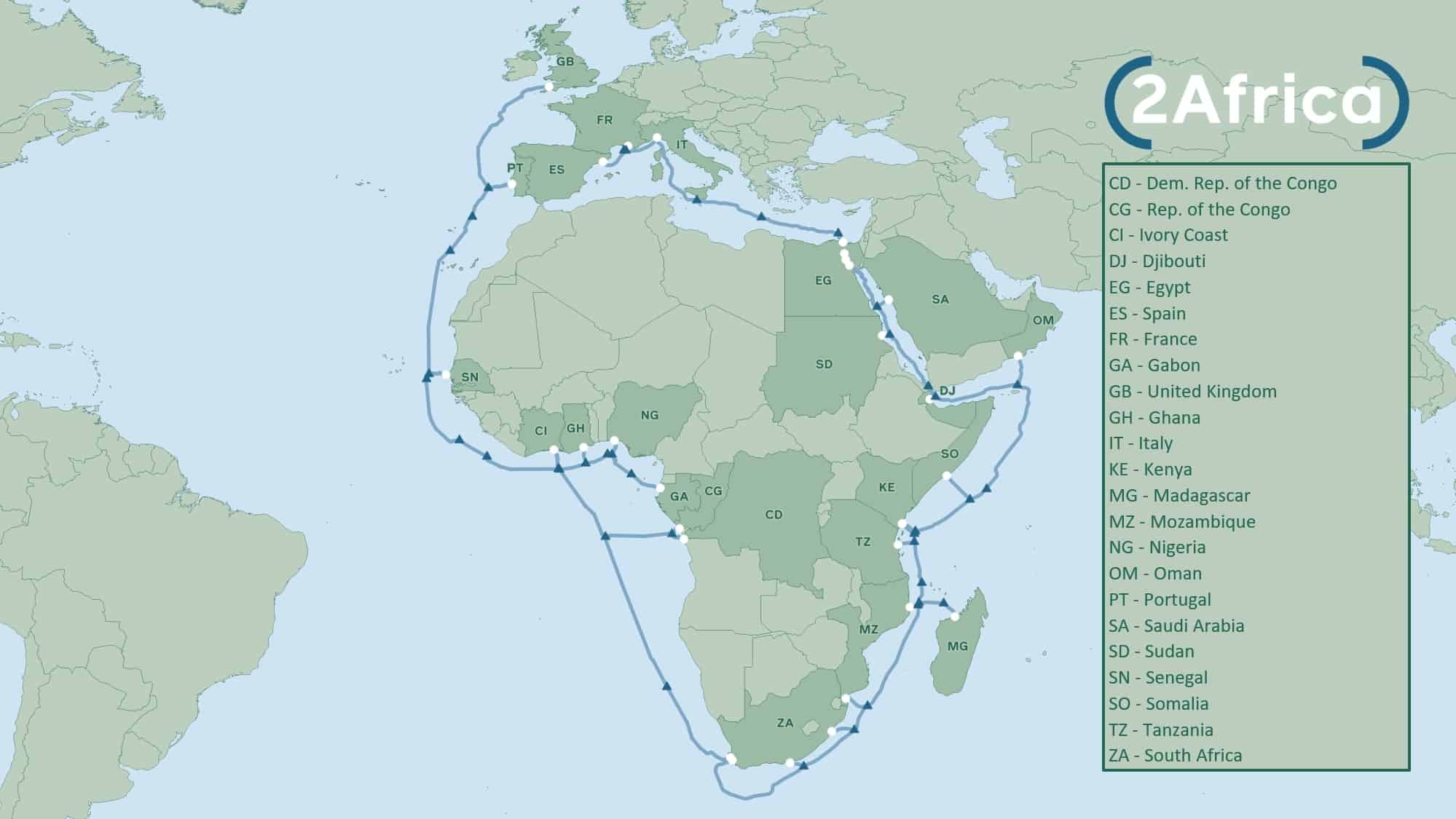 A 37,000 kilometer subsea cable is the centerpiece of a new internet availability project dubbed “2Africa” launched today. The “comprehensive” submarine cable network will directly link Europe to the Middle East and Africa through a series of “landings.”

MENA region internet users should hold back their excitement, as the project will not be delivered until 2023 or 2024. When the network does go live, it is set to deliver more connectivity than the total combined capacity of all subsea cables serving Africa today, the partners said in a statement on Thursday.

“This will support healthy Internet ecosystem development by facilitating greatly improved accessibility for businesses and consumers alike,” the statement said.

Africa has a rapidly growing population with increasing mobile phone ownership. One result is an ever-increasing demand for reliable internet. 2Africa will be a major boost for the continent, where internet saturation remains at a low 39% compared to a global average of 59%.

The new cables will have a design capacity of 150 terabytes per second (TBps), representing a vast improvement over the existing network which has 70 TBps of design capacity.

Egypt and Saudi Arabia will also stand to benefit greatly from the optic undersea cable. 2Africa will deliver the first new Mediterranean-Red Sea crossing in over a decade under an agreement already signed between the backers, Airtel and Telecom Egypt.

“We trust that 2Africa will be a rich addition to our diversified investments in the subsea cable industry,” Telecom Egypt CEO Adel Hamed said.

The Egyptian crossing then connects to the Middle East via a data center at Jeddah, positioning Saudi Arabia’s “stc as a leading regional digital player in the MENA,” according to the Saudi telecom company’s Mohammed A. Alabbadi.

“The partnership demonstrates stc’s commitment, in line with Saudi Vision 2030, to deliver meaningful digital transformation and build a digital society for all,” he added.