Calls for a ‘Peace Conference’ in the Ongoing Oil War

The price war continues while demand has collapsed. Iraq’s government is leading calls for peace. 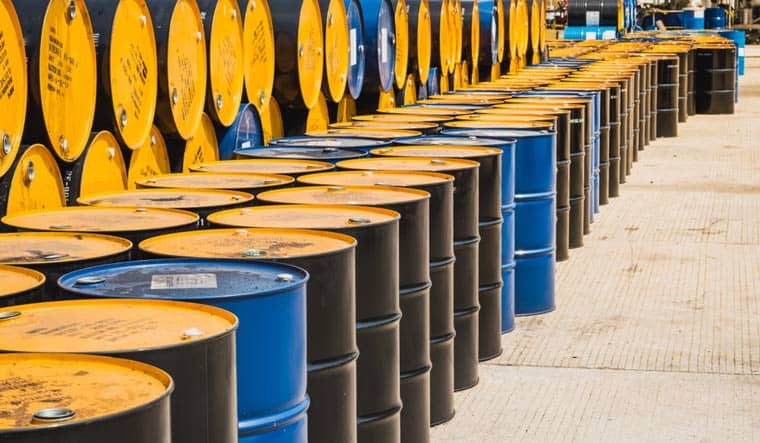 Crude prices in the United States fell to lows not seen since the energy crisis of the early 2000s on Wednesday, March 18. A meeting between OPEC members and Russia failed to limit production, which would stabilize prices, and a price war ensued. Tensions between Russia and the Saudi-led OPEC bloc has often led to price drops in the past, but the COVID-19 pandemic is raising oil market risk to a new level.

Russia and most OPEC members depend heavily on oil production revenues, but the US could be one of the greatest losers in the ongoing price war. The US has invested heavily in its shale gas exploitation for years, a controversial but abundant source of natural gas. As oil prices plummet, this gas extraction is decreasingly economically viable. This change could result in bankruptcies among US shale gas companies.

OPEC could also become a victim of Saudi Arabia’s decision to drastically ramp up production. The move intended to force Russia back to the negotiating table. Instead, it is causing major damage to the already vulnerable economies of OPEC member states. Countries like Algeria and Venezuela can ill afford further economic maladies and the increased Saudi production could endanger some states’ continued OPEC membership.

Moscow is aware of tensions among OPEC members. Russia is expanding its claim to be one of the world’s leading oil producers, announcing that it is expanding drilling into the half-a-trillion barrels of oil believed to be hidden below Antarctica. As ice caps melt and climate change opens access to the North Pole, previously inaccessible oil reserves are now becoming economically viable.

Russia will likely be a prime beneficiary of this development, but this does little for the Russian Federation in the short-term as current oil prices leave Russia’s struggling economy with little room to maneuver.

Russia is unlikely to budge, Saudi Arabia is flooding the European market with cheap oil, and there seems to be little hope for a rebound in oil prices. Without any good news in sight, Iraq’s Deputy Prime Minister for Energy Affairs and Minister of Oil, Thamir Al Ghadhban, penned a letter urging all sides to the table.

The Iraqi minister hopes to achieve peace in this oil price war and calls for a meeting between OPEC and non-OPEC oil-producing countries. In the letter, Al Ghadhban asks OPEC’s secretary-general to “urgently achieve” the meetings in order to “discuss all possible ways to come up with serious and immediate actions,” according to Reuters.

Whether oil-producing countries around the world heed the call and set aside their differences to stabilize global oil prices as the COVID-19 pandemic rages on remains to be seen.