Age or Healthcare Capacity: What Determines the Impact of COVID-19?

Evolving reports on national coronavirus crises will indicate whether young populations or strong healthcare systems are most effective against the virus. 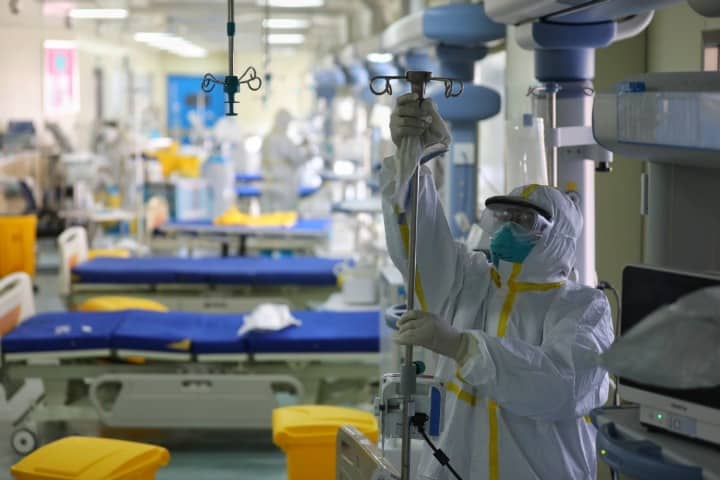 Every day the global numbers of COVID-19 infections grow. Death tolls continue to climb and countries detect new cases as the scale of the health crisis becomes clearer. The impacts of the novel coronavirus are very much measured on national levels, but it is clear on a global level that this virus will not be stopped anytime soon.

Different countries report different experiences. The number of reported cases in Germany now surpasses 100,000, positioning it among the four countries with the largest number of infections. The EU and the United States appear to suffer the worst so far with a high rate of deaths and an increasingly worrying rise in new infections.

Globally renowned healthcare systems such as those of Spain and Italy have struggled to limit deaths resulting from infection. Europe’s older population is at a high risk of life-threatening complications, which has resulted in a higher mortality rate than the World Health Organization estimated.

As governments struggle to balance their citizens’ health and incomes, it is increasingly clear that stopping the virus completely will not be possible anytime soon. The effective distribution of vaccines could easily be more than a year away and lockdowns appear to slow but not completely stop transmission. Most governments are unable to afford a complete lockdown on the scale of China’s apparently effective enforced quarantine in Wuhan.

Many of the world’s nations can afford neither high-quality healthcare nor full economic shutdown. Some of the world’s poorest countries will most likely see the most dramatic spread of the virus. Questions remain over whether the eventual results will differ from those currently seen in Europe.

The fact that many of the world’s most destitute countries have relatively young populations may be a saving grace. Angola, Niger, Mali, and Uganda all have populations with a median age below 16, a tremendous difference from Italy with its median age at 45.5, Germany at 47.1, and Spain at 42.7. Most of Africa is young, and although there is a significantly higher chance of infections spreading in African countries, the chance of building “herd immunity” without impacting the elderly is much larger.

The first category of richer nations appears to be relying on quality healthcare to allow citizens more freedom and limit economic damage. “Average” countries in the second category appear to very much depend on harsh government measures such as those seen in China. The pandemic’s evolution in India and Indonesia should reveal what these countries can do to limit the consequences. The third category is the biggest question mark. The virus will likely spread rapidly, but with young people facing less risk of life-threatening complications, the virus might claim fewer lives.

Every nation is in a different phase of its national epidemic, and more of the picture will soon be revealed. Whether the amount of available intensive care beds or ventilators will determine death rates is still difficult to predict as population differences could result in very different outbreaks. The spread of the virus will indicate how each category of the country responds. Ironically, the more the virus spreads, the more we will know about how to combat it.