Is a Dictatorship Emerging Inside the European Union? 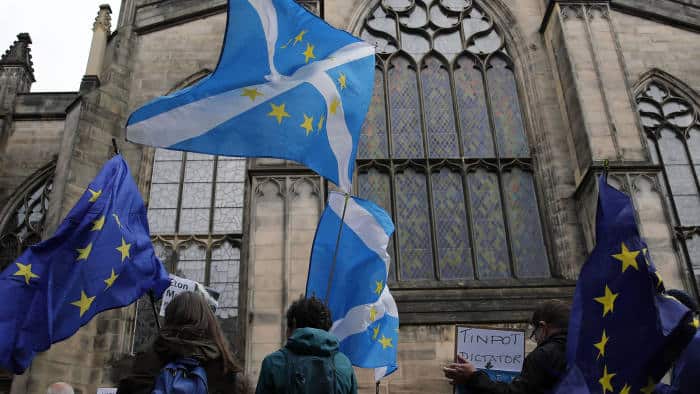 Hungarian Prime Minister Viktor Orban is using pandemic-related chaos to become the country’s sole ruler. Orban, who has been the prime minister of Hungary since 2010, is grabbing at unprecedented power which could spell doom for the country’s flailing democracy.

Orban is a name commonly associated with nationalist leaders like US President Donald Trump and Brazilian President Jair Bolsonaro. Like these leaders, Orban commands a majority bloc in government, but his March 11 declaration of an indefinite state of emergency could make him the envy of his contemporaries.

Hungary’s prime minister came to power on a platform of xenophobia and Islamophobia, proclaiming himself a “defender of Christian democracy.” His followers are nationalists and are often proudly anti-Semitic. They see a Europe under threat by “foreign invaders,” a moniker they attach to the victims of violence who have been granted shelter in one of the richest regions in the world.

Orban’s religious convictions appear to be a purely political play. In the 1980s Orban was an anti-communist politician with no focus on religion. One decade later, after the fall of communism, the leader conveniently rediscovered his passion for religion and even remarried his wife in a religious ceremony, according to the Guardian.

The leader may appear personally religious, but Orban’s government has been anything but Christian to its weakest in society. Homelessness was criminalized, pensions for the elderly were privatized, and asylum seekers are now kept under inhumane conditions in Orban’s self-styled “illiberal democracy.”

The newly enacted state of emergency, ominously called the “omnipotence” law, will in essence make Hungary the first de-facto dictatorship in the European Union. The law has no sunset clause, meaning the government can maintain the state of emergency as long as it pleases.

Under the state of emergency, Orban can make any national decision without parliamentary approval. Anyone speaking up against executive decisions can be jailed for up to five years for spreading misinformation, or “interfering with the successful protection of the people.”

Supporters of the law say it poses no threat as parliament has the power to revoke the bill. However, doubts exist over whether parliament would curtail Orban’s powers after the body voluntarily gave away its own power by enacting the bill. The Hungarian constitution allows for a 15-day state of emergency, but the absence of a sunset clause in the law worries political opponents and international human rights groups.

Other EU governments have declared a national state of emergency, but these laws typically include a definitive date when powers need to be expressly renewed by democratic institutions.

European leaders and the European Commission expressed dismay with the developments in Hungary. However, they did so in an overly diplomatic way, not specifically mentioning Hungary by name. Al Jazeera reported that Matteo Renzi, the former Italian prime minister, has called to expel Hungary from the EU over the move, although there are no mechanisms to do so in the EU’s founding documents.

The prime minister labeled opponents of the bill as “coronavirus supporters,” a prime example of how Orban gained and extended his power during his decade-long reign.

The Hungarian leader appears to have found an opportune time to expand his power while international institutions and the EU itself are preoccupied with the COVID-19 pandemic. Orban has criticized both NATO and the EU as being weak and ineffective.

The current power grab under way in the eastern European nation is the latest evidence of Orban’s disdain for the opinions of foreign powers. With the “omnipotence” law in place, and Orban in full control of the Hungarian state, he is daring European leaders to call his bluff.