The European Union is attempting to use an established trade mechanism to avoid US sanctions in order to provide much needed medical support to Iran. 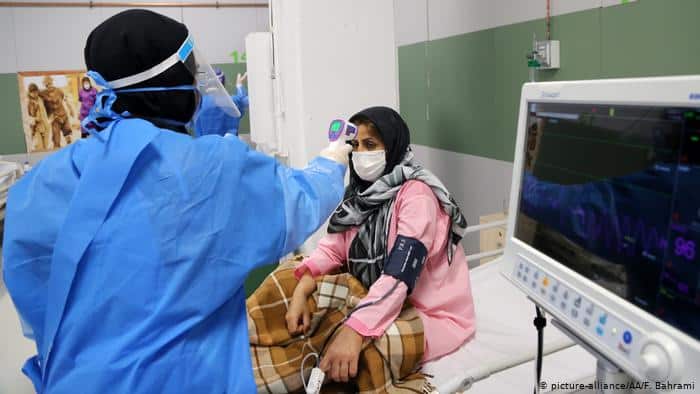 With Iran’s COVID-19 outbreak spiraling out of control, many countries are urging the US to temporarily lift sanctions and allow much-needed medical supplies to enter the hard-hit nation. The EU, China, and other foreign powers have asked the Trump administration to provide a moment of relief to Iran by temporarily lifting the economic sanctions that target Iran’s economy and trade.

The sanctions do not explicitly block medical supplies, but they complicate exchanges to such an extent that most businesses avoid trade with Iran entirely. Under normal circumstances these sanctions are performing as intended, but with Iran in the grip of its COVID-19 epidemic, many world leaders have asked for a show of mercy.

Instead, the United States seems to treat the novel coronavirus pandemic as a foreign policy opportunity. The US has tightened sanctions on Iran and other strategic foes. The US theory of change predicts that once the Iranian people reach a breaking point, they will hold their own government accountable, overthrow the regime, and replace it with a US-aligned government. The US government has been trying these methods for over half a century, but no sanctioned country has seen this theory come to fruition.

Many doubt this strategy’s efficacy, including leaders who have faced economic sanctions themselves. F.W. de Klerk, former president of apartheid South Africa, commented on the decision to implement economic sanctions: “It halted economic growth, but it hurt the black population much more than the white population. It didn’t help those who it was intended to help, it actually harmed them more than it harmed the intended victims of the sanctions.” Similar effects are occurring in Iran where the poor, and now the COVID-19 infected, are suffering most from the policies.

The novel coronavirus has transitioned from foreign policy opportunity to national emergency in the US: the country’s infection rate is increasing rapidly, and theTrump administration estimates the death toll at 100,000 to 200,000. According to official numbers, New York state alone currently has more confirmed cases than all of Iran. It is Iran’s unreported cases that worry global policy-makers.

Many European nations are withdrawing their military forces from Iraq and Afghanistan, where military bases encircle Iran’s borders. They fear the virus could spread outside of Iran’s porous borders. The US military has instituted travel restrictions on troop movement in the Middle East and is quarantining its returning soldiers in recognition of the threat.

To assist Iran’s struggle with its COVID-19 outbreak without breaching US sanctions, the European Union has a unique idea. Following the collapse of US participation in the agreement intended to limit Iranian nuclear ambitions, the EU set up the Instrument in Support of Trade Exchanges (INSTEX) trade mechanism. INSTEX promotes the exchange of Iranian oil for European products, constituting part of the mechanism’s incentives provided to Iran.

The mechanism never succeeded in providing enough trade to offset newly implemented US sanctions, but the EU now envisions a re-purposing of the mechanism. France, Germany, and the United Kingdom, which is still officially part of the EU, have now sent medical supplies to Iran through INSTEX.

Prior to the COVID-19 pandemic, in November 2019, Belgium, Denmark, Finland, the Netherlands, and Sweden indicated they would join France, Germany, and the UK as members of the INSTEX mechanism. Membership in the mechanism was seen as a contentious issue that could harm relations with the United States, but the evolving medical disaster in Iran could further increase participation.