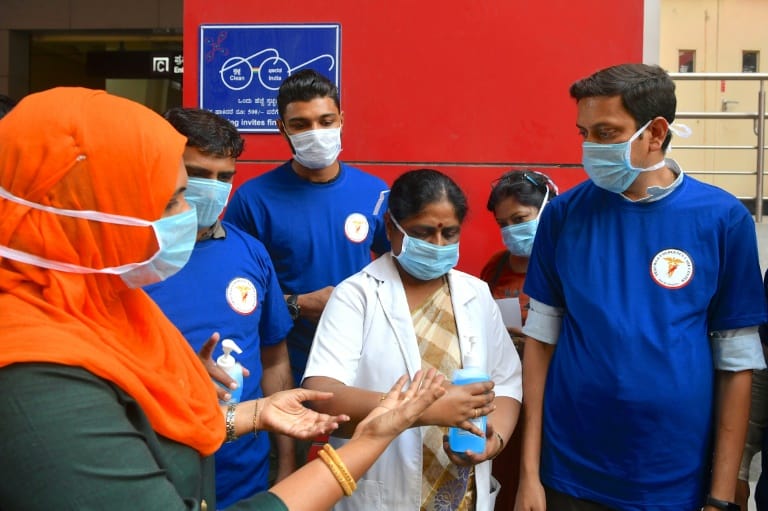 Propaganda, xenophobia, and religious hatred are reaching a dangerous peak in India as religious minorities increasingly fear mobs of Hindu nationalists. The Guardian on Wednesday, April 29 reported on the story of a Christian neurosurgeon in Tamil Nadu. The diabetic doctor had cared for COVID-19 patients before his condition led to him becoming infected and dying of complications related to the virus.

Instead of receiving a hero’s funeral, a mob of 200 Hindu nationalists took to the Christian cemetery to prevent his body from being buried. Fueled by xenophobia, propaganda, and ignorance, the mob feared the Christian burial would “infect the ground,” preferring he be cremated as is common in Hinduism.

When loved ones attempted to bury the doctor elsewhere, they were attacked. “They were screaming at us to leave and take the body before it spread the virus to everyone,” a man who attended a second attempt to bury the doctor in another cemetery told the Guardian. “It was a crowd of about 60 people, pelting us with sticks and stones. We all had to run for our lives.”

India’s problematic rise in violence against minority religions is the result of government-supported propaganda, religious tensions remaining from the British partition of India, and an increasingly political Hindu majority.

The Indian COVID-19 epidemic has been blamed on Muslim Indians, who are accused of purposefully spreading the virus under the moniker “Corona Jihad.” India’s mainstream media commonly paint many of the country’s structural problems as being directed by its Muslim minority. This misinformation has fueled anger against religious minorities and sparked riots and mob violence.

Hindu nationalists often form groups in order to organize attacks against individuals or small groups of innocent people they encounter on the street.

The religious violence led the US Commission on International Religious Freedom (USCIRF) to condemn the country. The commission has placed India on its list of “countries of particular concern” in recognition of deteriorating religious tolerance under Prime Minister Narendra Modi’s government.

USCIRF stated that “in 2019, religious freedom conditions in India experienced a drastic turn downward, with religious minorities under increasing assault.” The commission’s reclassification of India could potentially lead to sanctions, but India’s importance to US interests in the Indian Ocean region will likely lead to little action.