A total package of $6 trillion is available but the tight deadline for success endangers completion. 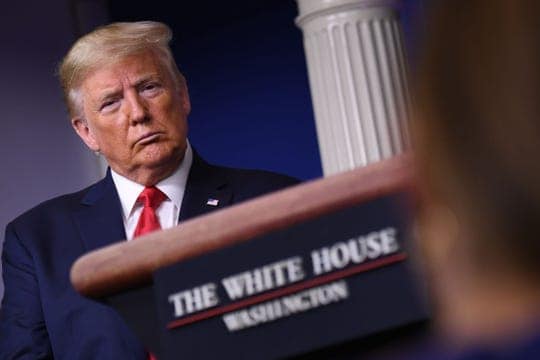 On the night of March 24, the US Senate approved the largest stimulus bill in American history.

The bill allocates $2 trillion for direct assistance to business and quarantined workers, with $4 trillion in ‘fire power’ for the US Federal Reserve. The package provides $3000 in direct assistance for a family of four as well as significant amounts going to prop up struggling companies.

The impending approval of the historic package caused a major rally among US and global markets, as the US tried to assuage fears of structural problems in the markets prior to the pandemic and signaled a way to get back to ‘business as usual’ as soon as possible.

Larry Kudlow, senior economic advisor to US President Donald Trump said in a press conference about the bill that the government will help any company that operated “very well at the beginning of the year.” The senior adviser signaled that the only reason markets had tumbled was the COVID-19 pandemic, and the government’s priority was to “keep things going” by supporting large businesses that had performed well before the recent market crash.

The $4 trillion in Federal Reserve ‘fire power’ as Kudlow called it, is intended to give the Federal Reserve more power to intervene. In 2008, it was the federal reserve’s dollar ‘swap lines,’ in combination with China’s strong economic activity, that helped stabilize markets enough to begin a new rally amid action from central banks around the world.

The government is clearly hoping for a repeat in empowering the Federal Reserve with significant funding. Whether Donald Trump’s ‘America First’ policy will mean that dollar swap lines might not be given out so freely as in 2008 may, however, be a significant factor in repeating the ‘success’.

The US government did not help themselves by setting an extremely limited window for success. US President Donald Trump said the country should be open for business by Easter, giving the US a little more than two weeks to recover from the COVID-19 slump in both demand and supply.

The essence of the plan balances on monetary and fiscal stimulus but very much relies on good news on the health front, as a vaccine or significant drop in cases needs to materialize before the deadline.

If the deadline is not met and the COVID-19 virus continues to spread in the US, as medical experts expect, these trillions of dollars might very well disappear in thin air as markets tumble again in the near future.