Turkey and Russia: Partners or Adversaries?

The two countries who, in recent years walked the line of friendship, are now on the brink of war. 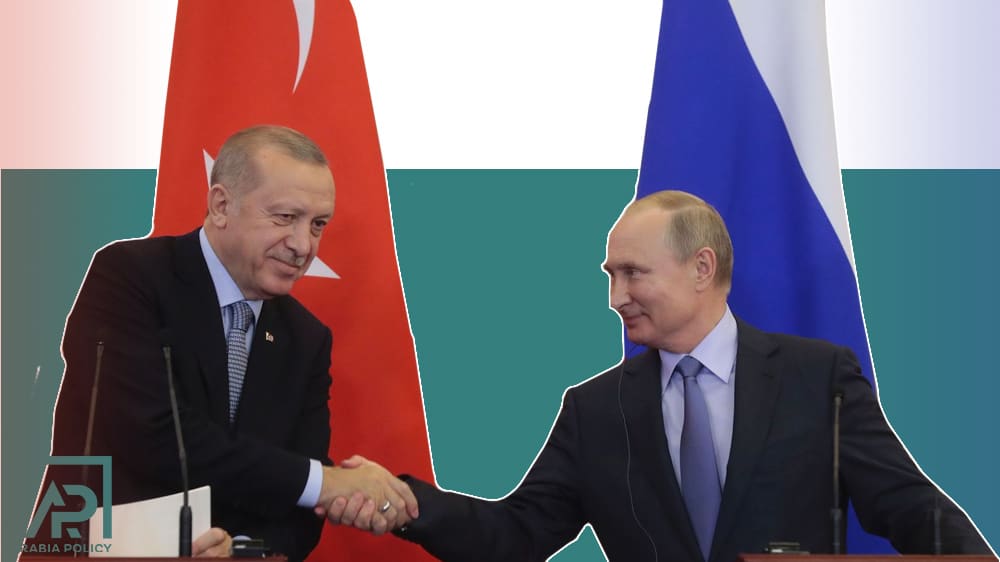 In recent weeks one of the worst humanitarian catastrophes in Syria’s nine-year civil war has ensued in Idlib. This latest emergency comes as a result of escalating violence between Turkish-backed rebels and Russian-backed Syrian forces.

On Thursday, a Syrian government airstrike killed 33 Turkish soldiers. This marks the deadliest day in Syria for Turkey since it began sending thousands of troops into Idlib this month.

During the meeting, it was agreed upon that Turkey would put all Syrian regime targets under fire.

As Turkey vows to retaliate for the attack, an all-out war with the Syrian regime and its close ally Russia is at risk.

Tensions have soared since the beginning of the year as Syrian troops began a large military operation last month aimed at seizing the last opposition stronghold, currently controlled by Turkish-backed rebels.

By the end of January, Syrian government forces had recaptured Maarat al-Numan, the second largest town in the northwest Idlib province and by early February, the troops were just a few kilometers away from Idlib itself, the largest city in the province.

Erdogan responded by sending thousands of Turkish soldiers and military equipment to northwestern Syria to support the rebels. He demanded that Syrian and Russian troops stop their advances into the territory.

Turkey views the territory as a buffer zone, agreed with Russia under the 2018 Sochi accord, a part of the Astana peace process.

Russia, meanwhile, claims that Turkey has not held up its part of the agreement by failing to separate al-Qaeda affiliated fighters from moderate rebels.

Tensions between Turkey and Russia have reached dangerous heights in February, with multiple direct clashes between Turkish and Russian-backed Syrian forces.

Ankara fears that the Syrian government offensive will lead to another massive refugee flow into Turkey, the country that already hosts more refugees than any other state globally.

The United Nations estimates that over 900.000 civilians have been forcibly displaced since December 2019 due to the ongoing fighting.

On February 26 Erdogan reiterated that Turkey will not back down and that it is ready for a full-scale military confrontation if the Russian-backed Syrian army continues its advances.

Ankara claims that Syrian troops have surrounded four out of the twelve military outposts Turkey built under a de-escalation agreement with Russia in 2018.

Erdogan has given an ultimatum to Assad, stipulating that Syrian troops must withdraw from the outposts by February 29, but Russia and Syria are showing no signs of withdrawing, insisting that the Syrian army has the right to restore sovereignty within its territory.

President of Russia, Vladimir Putin, and his Turkish counterpart discussed the situation in Idlib over the phone on numerous occasions but have failed to reach any consensus.

Erdogan announced on Saturday that he will hold a summit in Istanbul on March 5 with his Russian, French, and German counterparts.

Russia, however, dismissed the proposal on Thursday and instead suggested a three-way meeting with Turkey and Iran.

Is Turkey willing to risk war?

Uncertainty looms as February ends. Erdogan has expressed his determination to do whatever is necessary to stop Syrian advances in Idlib.

“We are planning to liberate our observation posts from the surrounding Syrian government forces by the end of this month, one way or another,” said Erdogan on Wednesday.

The Turkish president declared Turkey’s steadfast position during a speech in the Turkish parliament.

“We will not take even the smallest step back in Idlib, we will certainly push the regime outside the borders we designated, and ensure the return of the people to their homes,” he added.

Bilateral talks between Russian and Turkish delegations took place in Ankara during the week, but nothing concrete came out of the talks as neither side has, in recent days, made any move to de-escalate tensions on the battlefield.

While the talks were underway in Turkey, fighting continued on the ground in Syria.

No meeting between Erdogan and Putin has been scheduled, but during a phone call on Friday, the two leaders agreed to organize a top-level meeting to discuss the situation in Idlib.

The phone call came after a Syrian airstrike that killed 33 Turkish soldiers on Thursday. The Kremlin said that the two leaders agreed on the need for “new measures to be put in place to ease tensions and normalize the situation in northwest Syria”.

While Turkey does not want to give up on Idlib easily, it also realizes that the combined force of Syria and Russia has an advantage on the battlefield.

The prospects of a direct military confrontation between Turkey and Russia are increasing by the hour as both sides have shown intentions to continue to pursue their goals in Idlib.

If the two sides fail to reach a peaceful agreement on Idlib, there are widespread fears that an all-out war could break out in the near future.

The Turkish and Russian presidents will seek to avoid war, but their significantly different views on how to handle the situation in Idlib means that upcoming talks will be complex.

Turkish-Russian relations are currently at their worst since November 2015, when Turkey shot down a Russian jet.

Russia imposed economic sanctions on Turkey as a response to the downing of its jet. Moscow also suspended work on the TurkStream project meant to increase Russian gas exports to Turkey.

The two countries reconciled after Erdogan apologized to Putin during a meeting in Moscow in June 2016. The TurkStream project was resumed, and sanctions were lifted in the following year.

Despite being on opposite sides of the Syrian conflict, the two countries have cooperated closely in the past few years on aligned interests such as weapons trade and gas supplies.

On 12 July 2019, Turkey received the first installment of the Russian S-400 missile defense system it had purchased from Russia.

The purchase significantly worsened Turkish relations with key NATO ally, the US. Turkey was excluded from participating in the American F-35 program as a consequence of buying the Russian missile system.

Signs of a Russian-Turkish partnership have also been visible in negotiations concerning Syria. Despite backing opposite sides, the two countries have worked together in attempts to de-escalate tensions and, up until a few weeks ago, had been able to avoid deadly clashes between Turkish and Syrian forces.

To date, more than fifty Turkish soldiers have been killed in February in direct clashes between Syrian and Turkish troops.

Turkish ambitions to become a major player in the Middle East

The 2011 outbreak of the civil war in neighboring Syria provided Turkey with an opportunity to expand its influence in the Middle East. Turkey supported many of the uprisings that spread across the Middle East, particularly during the Arab Spring, but has been the most influential in Syria.

Turkey attempted to topple Assad at the earlier stages of the war by supporting the rebels, but Russian-backed Assad remained in power.

The Turkish objectives in Syria are to prevent more refugees from entering Turkey and for People’s Protection Units (YPG) fighters to withdraw from northern Syria.

Turkey claims that YPG is the Syrian wing of the Kurdistan Workers’ Party (PKK), which Turkey has designated as a terrorist organization.

One of Erdogan’s foreign policy ambitions is for Turkey to become a major player in the Middle East, but Turkey understands that its influence in Syria will always be limited due to the strong Syria-Russian alliance. Therefore, Turkish policymakers have set their sights on the Libyan conflict instead.

Unlike Syria, the Libyan conflict has nothing to do with Turkish national security. The Turkish goals are solely to expand its influence and to secure access to natural gas deposits in the Mediterranean.

Turkey has pledged allegiance to the UN-recognized Government of National Accord (GNA), while Russia supports the Libyan National Army (LNA), challenging the GNA for power in the country.

LNA currently controls more than two-thirds of the territory and are trying to capture the capital Tripoli from GNA.

Erdogan has sent thousands of fighters from Syria to Libya since the end of 2019 as he seeks to establish Turkish presence in a conflict where Russia is far from as committed as it is to the Syrian conflict.

Putin and Erdogan have tried to freeze the Libyan conflict, but LNA refused to sign a Russia-Turkey engineered ceasefire in January.

Tensions between Turkey and Russia are at an all-time high, as both countries are looking to establish themselves as major players in the Middle East following the US plans to withdraw from the region it has been heavily involved in for several decades.

Regardless of whether peaceful diplomatic solutions prevail or violence escalates further, the Turkish-Russian relationship is as complicated as ever, with the one-time close partners now poised as adversaries on opposite sides of two bloody conflicts.

Read also: Putin and Erdogan to Meet in Moscow to Discuss Ceasefire in Idlib