Libya Crisis: Looking for Peace in Any Old Place

As the international community continues to hope that it can commit Libya’s warring parties to a lasting ceasefire through confidence-building measures, perhaps courage will win the day. 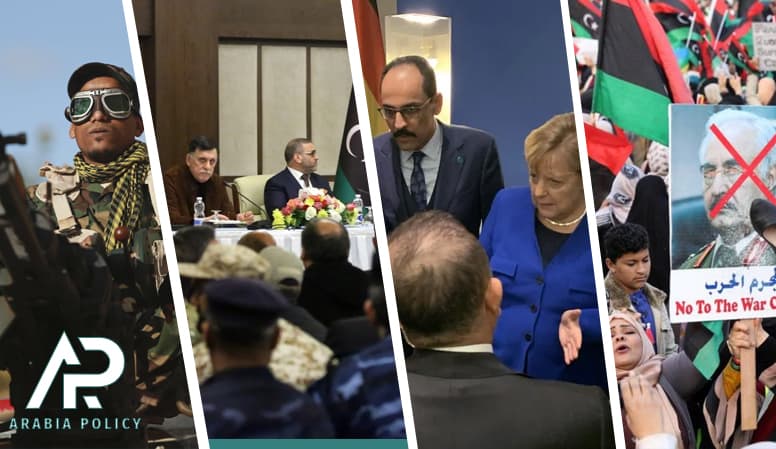 In the fall of 2016, a full five years after the fall (and death) of Libyan dictator Moammar Qaddafi, Libya as a functioning nation was hanging by a thread. Renegade militias, human trafficking networks, torture, on-and-off threats to Libya’s crucial oil exports, murdered journalists, and, according to the UN High Commissioner for Refugees, some 435,000 internally displaced people.

Human Rights Watch noted some 4,500 individuals had drowned or gone missing while transiting the Mediterranean Sea from Libya during 2016. The Libya Body Count NGO reported 1,523 violent deaths in Libya in 2016 alone. The figures spoke of multi-layered misery; of a country that had become the shadow of its former self.

The finger-pointing in late 2016 was particularly direct in the United Kingdom, where a House of Commons report from the foreign affairs committee unambiguously lambasted the lack of planning by Prime Minister David Cameron’s government in the spring of 2011 when Western nations (primarily NATO members) undertook military and humanitarian intervention in Libya. The report noted:

“By the summer of 2011, the limited intervention to protect civilians had drifted into an opportunist policy of regime change. That policy was not underpinned by a strategy to support and shape post-Gaddafi Libya … [and] regional actors are currently undermining the GNA [Government of National Accord] by flouting the United Nations arms embargo and using Libyan militias as proxies. The GNA is the only game in town. If it fails, the danger is that Libya will descend into a full-scale civil war to control territory and oil resources.”

Fast forward to 2020, the GNA is seemingly no longer the only game in town. General Khalifa Haftar and his Libyan National Army’s (LNA) offensive into western Libya and toward Tripoli is the natural culmination of five years of under-the-radar military consolidation in the eastern part of the country by Haftar, western indifference to a lasting political solution in Libya and, importantly, it’s the culmination of strategic (and parochial) calculations by foreign and regional powers.

Haftar’s drive on Tripoli has now stalled. But given the deluge of arms that have flowed into Libya—from Turkish armored vehicles to French anti-tank missiles—Haftar may likely have enough battlefield hardware to prevent him from losing despite the lack of a meaningful victory anywhere on the horizon. More misery for Libya’s 6.7 million citizens, more than two-thirds of whom live along the Mediterranean coast in a country that is the size of Alaska.

That leaves Haftar and his militia allies in control of a vast expanse of barren desert that may buy him time; time to make new alliances, choke off even more oil exports and deepen the wounds in Libya’s civil society that are a prerequisite for the spread of Al Qaeda and ISIS-affiliated militants. It’s worth noting: Libya has the largest proven oil reserves in Africa—48 billion barrels—and the quality of its oil is considered premium grade (low in sulfur).

Third, the fourth time a charm?

When General Haftar left Moscow without signing a ceasefire deal two weeks ago, he knew he had the world’s attention and he was hoping, perhaps, that time was indeed on his side. Given Putin’s parochial strategic interests in the region, it was only natural that the Moscow meeting ended in bad optics: Haftar departed early and no formal ceasefire agreement was signed. He may have thought that the loss of oil export revenue for Tripoli, perhaps, would quickly buy him a de facto victory that military action had not. A gamble that is unlikely to pay off.

And then there was the Berlin conference on January 19, where Germany’s Angela Merkel hoped to cancel out the confusion from the Moscow meeting and lay the ground for a much clearer and the viable road to peace. But facts on the ground resulted in that conference concluding with a modest communiqué calling for a permanent ceasefire, full compliance with a UN arms embargo, the disarming of dozens of for-hire militias, and the resumption of a political process led by the UN Mission in Libya (UNSMIL).

Representatives from both Haftar’s LNA and the GNA then met in Geneva, hoping to move from a shaky truce to a ceasefire that might enable preliminary talks toward some level of peace. Success for the UN Special Envoy Ghassan Salame means threading the needle: creating enough mutual trust inside Libya to lessen the seemingly inexorable influence of foreign actors offering advanced weapons and with deep pockets.

The role of foreign fighters, including hundreds of Syrian fighters brought in to support the GNA in Tripoli, is a crucial challenge facing the special envoy, too. Erdogan has vowed to protect Tripoli and the GNA no matter the cost (in Free Syrian Army lives, anyway) even as results of a public opinion poll conducted in Turkey last month by the daily Cumhuriyet showed that just 34% of Turks supported sending Turkish troops to Libya.

With so many outside narratives involved in the Libya crisis, it is easy to embrace the pessimism of that 2016 House of Commons report. The obsession among Gulf state leaders to combat political Islamists—real or imagined—, an aggressive Russian foreign policy in the MENA region, Erdogan’s passion for mixing Turkey’s commercial priorities with a new type of gunboat diplomacy, and an omnipresent western priority for secure borders in an increasingly rough neighborhood.

Some lessons can be gleaned from the conflicts in the former Yugoslavia during the 1990s. Local militias committing atrocities across Bosnia and Kosovo, a UN arms embargo, a NATO bombing campaign, displaced populations by the hundreds of thousands, and a very belated but indispensable role played by American military forces (60,000 US/NATO troops on the ground by 1996).

American and European leaders may have been reluctant to engage in peace enforcement actions in Bosnia but the risk to the stability of the greater Balkans region was significant—as was the mounting damage to NATO’s credibility on its doorstep. Likewise, Libya falling further into chaos creates more instability for its immediate neighbors, creates a training ground for expanded militancy across the Sahara and Sahel regions, more human suffering inside Libya, more refugee and migrant deaths in the Mediterranean Sea and a repository of sophisticated weapons in search of future conflicts.

An American commitment on the level of Bosnia will not be forthcoming in Libya in 2020, and local players like the Arab League will have to decide how deep they want to get involved in long-term conflicts like Syria and Libya when its member states have time and again pursued such divergent policies on regional security issues.

Is a local North Africa neighborhood-based dialogue approach the answer? Perhaps, but GNA head Fayez al-Sarraj would certainly seek input and robust backing from the larger international community and General Haftar, flush with modern weaponry from his foreign allies, may believe that short of outright military victory in Tripoli time is on his side no matter where ceasefire and peace discussions are taking place.

Are peace and political settlement too much to hope for from a battered and bruised Libyan civil society? Trust is in short supply more than two years after the 2017 Skhirat agreement committed all parties to dialogue and national reconciliation. As the parties talk in Geneva about a lasting ceasefire and confidence-building measures, perhaps courage will win the day.

Nearly 80 years ago in Libya, another field marshal, Erwin Rommel, fought and later fled across the desert plains of North Africa during World War II. One strategic admonition often attributed to Rommel is a temptation that Libya’s warring parties should seek to avoid in 2020: When there’s no clear option, it’s better to do nothing.