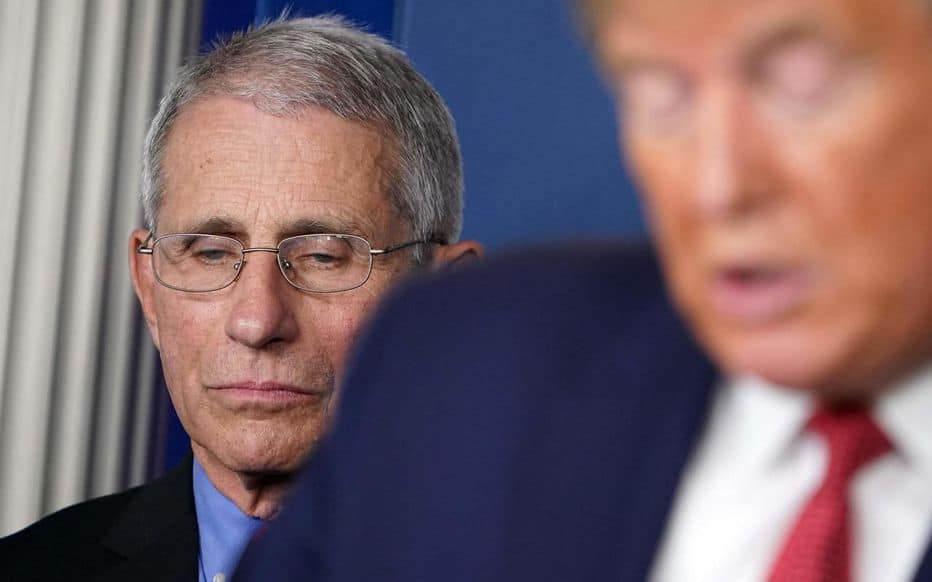 There has been one calm voice of reason emerging from the chaos of the Trump administration’s day-to-day management in the COVID-19 outbreak. Anthony Fauci is a public health expert who made his name fighting some of the deadliest diseases on the planet. Fauci worked in the battle against HIV/AIDS and tuberculosis, where he supported programs that saved millions of lives around the world.

The life that needs to be protected now, however, is his own. As the face of science in an otherwise proudly expert-free administration, he has become the target of many death threats. Fauci has become a darling of the left, with every gesture he makes being read as an indication of the Republican administration’s mishandling of the crisis. But being loved by one side of the political spectrum often results in being hated by the other half of American society.

Never accept a government number at face value without considering the agenda of those creating the number.

A law enforcement official told CNN on March 2 that the US Marshall Service had been asked for assistance in response to threats made on the immunologist’s life.

Fauci’s house is now guarded at all times by Washington DC Metropolitan police. Referring to another member of the White House science team Dr Deborah Birx, president Trump said the team “doesn’t need security, everybody loves them, Besides that, they’d be in big trouble if they ever attacked.” Now it appears that officials tasked with security at the white house disagree as Fauci’s security-detail is being expanded.

You want to know the motivation, look at the results. What results are the Democrats looking for?

Everything points to the same thing – America is being played.

The tension between Fauci and the right-wing of American politics started with some initial low-key disagreements with[ the president. While Trump wanted to get the country back to business-as-usual as soon as possible, spurred on by business leaders and right-wing thinkers, Fauci disagreed. He argued the virus would not respond to deadlines and that the priority should lie in economically painful but necessary lock-downs.

Everywhere we turn we are being scammed with the numbers.

COVID-19 deaths are mostly NOT COVID-19 deaths.
COVID-19 tests are giving many false positives.
Models are based upon worst-case scenarios.

And it all has ONE GOAL, wreck the economy. https://t.co/FEkXdJhz6s

For the last four years, anyone who disagrees with Donald Trump has been viciously attacked by his supporters. A hangover of the contentious 2016 presidential campaign, any opposition or disagreement with Trump is seen as guided by his opponent in the presidential race, Hillary Clinton. Any link or positive remark about Clinton is seen as a sign of disloyalty, or even hostility towards the Trump administration by its most fervent supporters.

This thread is MUST READ: Confirms everything I have been saying for weeks. The COVID-19 mortality stats, premise for the entire panic, are a COMPLETE LIE. https://t.co/gqPP8SeYRo

The most extreme of these supporters have, for years, met online to share conspiracy stories where American bureaucracy is seen as the ‘deep state’, out to get Trump. Any negative news about Trump is by definition labeled ‘fake news’. The most ridiculous of these conspiracy theories, called ‘Qanon’ by its supporters, led to the death threats directed at Dr Anthony Fauci.

Want proof the hype is a leftwing dirty trick?

We aren’t even through this, people are still dying and Democrats are already announcing their next step, impeachment-style investigations with Adam Schiff.

They know Trump will come out of this a hero and they cannot allow that.

Qanon is a conspiracy theory so ridiculous, it is hard to describe. A few years ago, an anonymous person claiming to be a top US official started posting cryptic messages on an online forum. Without any proof of his claim, millions started trying to interpret his purposely vague messages. The Qanon-fans have created a vortex of insanity in which they claim Hillary Clinton is leading a secret network of global elites who actively engage in pedophilia.

You’ve seen the photos. You’ve seen the Hillary love letters. Fauci is a liberal hack. We all know that. If we saw his phone records, I’m willing to bet he’s on the phone with Hillary and the DNC daily.

Recently a leaked email from Fauci was discovered. Written in 2016, the email mentioned a Hillary Clinton speech that had brought him to tears. Proof that he is actively undermining Trump and is part of Clinton’s ring of pedophiles, according to the right-wing fringe that follows Qanon.

Online conspiracies might seem like harmless fun to many, but for Anthony Fauci they have become deadly serious.