Many individuals, particularly Americans, are stocking up on weapons in fear of a complete societal breakdown. 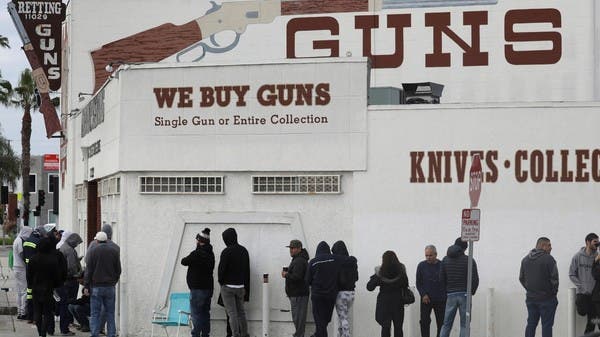 Many countries that legally sell firearms are recording massive increases in sales of guns and ammunition. Brazil, Canada, and the US have seen a spike in ammunition sales, many to first-time buyers, as concerned citizens stock up.

Brazil, with one of the highest murder rates in the world, relaxed its gun laws in January and sales have since spiked. The COVID-19 pandemic has not yet spread in Brazil as it has in the US, but sales are expected to increase in the coming months. Brazil has reported 5,812 COVID-19 cases and 202 deaths.

Sales have also risen across Canada, according to the country’s gun dealers. Fears of shortages in ammunition stocks have been the main contributing factor, according to Canadian Press. Canada has reported 8,591 COVID-19 cases, including 33 deaths.

Nowhere has the panic-buying of guns been as explosive as in the United States. American gun culture is already based on fears of a “government takeover” or apocalyptic visions of the future, and COVID-19 has only elevated those fears. In many states, guns stores are considered essential businesses and are allowed to stay open during lockdowns.

Gun producers and the National Rifle Association (NRA), which represents the largest gun manufacturers in the country, have actively triggered further fear of societal breakdown. The organization’s advertisements have linked the virus with citizens’ perceived need to arm themselves.

The pandemic is having a significant impact on the United States, with over 190,000 cases and 4,000 recorded deaths as of April 1, but its citizens’ fear of societal breakdown is unique. CNN reports that the state of Colorado has seen a 1,000% increase in the sale of ammunition, with Arizona and Ohio reporting a 945% increase and an 897% increase, respectively.

Only US presidential elections have triggered similar rises in guns sales. Fear that an incoming Democratic president could ban assault weapons has led to panic-buying in the past. Today’s global crisis is creating enough anxiety that gun sales will likely reach new records.

In a country with limited support for the poor and an exploding unemployment rate, fear of a societal collapse seems to grow. Some Americans see gun ownership as a way to protect themselves in that perceived eventuality.

Read also: What is Hydroxychloroquine and Can It Cure Coronavirus?